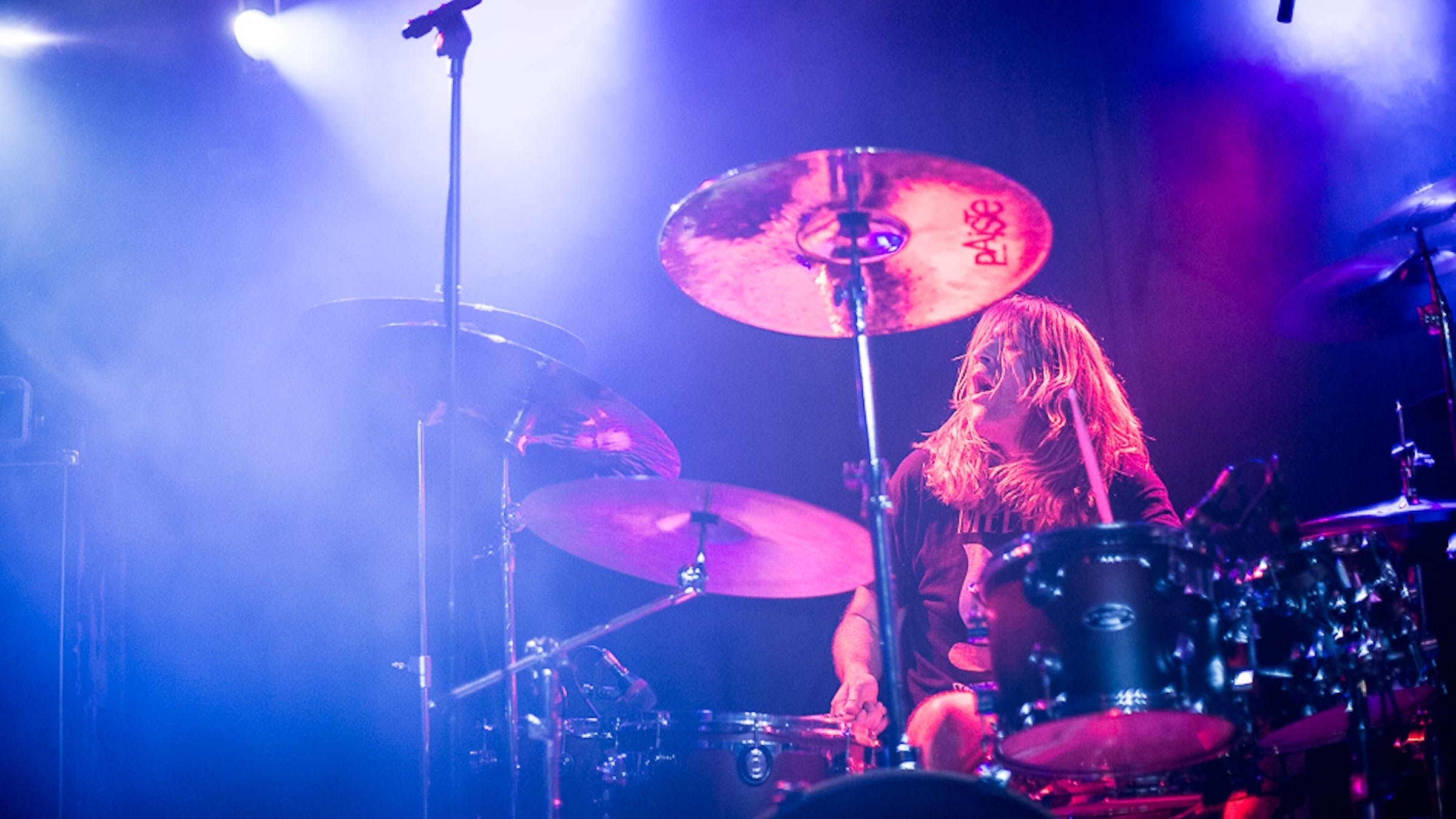 While their ferociously nihilistic pedal-to-the-metal punk rock influenced everyone from Pantera and Machine Head to Nirvana and Metallica (three of those four bands even covering their songs), it's no surprise that Poison Idea would end in jail or death. The truth just happened to be both.

Weighing in at approximately 500 lbs, guitarist Tom “Pig Champion” Roberts died at his home in Portland, Oregon, on January 31st 2006, from 'unspecified causes' -- doubtless, the result of a life spent in the fast lane. He was just 47 years old. Meanwhile, drummer Steve “Thee Slayer Hippy” Hanford took the other route: Fresh from an abortive stint in rehab, he was arrested on October 6th, 2008, for a string of armed robberies, and sentenced to seven and a half years.

But prison offered him a form of redemption that no one could expect: while incarcerated, Steve recorded an astonishing thirteen albums in various bands. The first of these, a compilation of his bands entitled Empath Directorate Prison Catalog Sampler, comes out this month.

“(In rehab) I'd come to the realization that I'd been repressing a shitload of childhood rape and physical and mental trauma,” Steve says. “I told one of the staff in rehab, and I said, ‘This is kept private, right?’ He said yes, so I told him the story, and he walked out and told the psychologist in front of all the people standing in line getting dosed.”

Understandably livid at having his privacy violated, Hanford ran out into the woods and took out his frustrations of a fallen log, screaming at the top of his lungs, which, unfortunately, woke a nearby neighbor who happened to be famous.

“As I was coming out of the woods, I was surrounded by this huge security force,” recalls Steve. “They said I'd woken up Faith Hill, this huge country/pop singer, and because I woke her up, I got kicked out of that place. They said I could go to a general mental facility or I could go home, so I went home and completely self-destructed.”

Already battling substance abuse, Steve dove into the deep end. One night at four in the morning, he walked into 24 hour pharmacy that happened to be offering a sale on steak knives. He grabbed one and slammed it on the counter, demanding drugs.

When local community organization Crime Stoppers showed surveillance tapes of the robberies, it wasn't long before he was recognized.

“Someone called in, like, ‘That's Steve Hanford, he goes by Slayer Hippy and he plays in this band,’” he recalls. “They started going round my parents house and hassling them, and I was like, ‘Fuck, you can hassle me but not my parents,’ so I gave myself up.

“The thing is,” he adds, “going to prison saved my life.”

Hanford was sent to Oregon State Penitentiary in Salem, a high security prison that houses the likes of the Green River Killer and several other serial murderers, along with former Manson Family member Bobby Beausoleil. (“He's a great guy, actually,” Steve points out.) From there he was moved to Pendleton Correctional Facility, which houses slightly – only slightly – less dangerous criminals. Pendleton also has a music program.

“You had to have 18 months clear conduct to get into it, and I was pretty close,” says Hanford. “I'd only been to the hole once, for making hooch. I got talking to Sam Redding, the guy who'd started the program, who was an old buddy of mine that I used to sell dope to. They had a digital recorder and nobody knew how to use it, and a drum teacher who was terrible and didn't know what he was doing. So he got me in there and we reworked the schedules to where every Friday was recording day.

“There was eight bands and we'd go to their practice and tell them what they needed to do to record,” says Steve. “There's two concerts in there per year, four bands per concert, so I'd get them super-ready for their concerts, and say, ‘As soon as we're done with the concerts, we'll record.’ In the meantime, Sam and myself would record music every chance we got.”

The result is the aforementioned thirteen albums, featuring bands including such names as Nizari, Honky Tonk Villains, Sockpuppet, and the particularly outstanding Drugs From The Sun. Hanford played drums for all of them, providing lead vocals for two. Not surprisingly, the other inmates were blown away to be playing with a known musician and producer with numerous albums to his name.

“It was a boost to them,” agrees Hanford, “but a lot of them were very intimidated as musicians. Some of these big gangster guys, you could see them turn to butter and melt in front of us when they couldn't get a part right, but it was like, ‘No, bro, let's work together on this.’ They'd never had anyone work with them in a positive way. Before I got involved in the music program, they had no reason for clear conduct, so I got guys out of gangs to come and play music with me.

“A couple of times it was a little intimidating, because some of them did not like to be told that they were wrong,” he admits. “We overcame that and there was never any bad feelings at the end of the day, but sometimes they got super-mad and you could see their insecurities bubbling up. The one thing they do to cover up their insecurities is violence, but I'd just play completely the opposite and be positive. No one had ever treated them like that.”

Since leaving prison, Hanford has continued to work with Sam Redding, who was also released. The pair were involved in a Blue Oyster Cult tribute record with a host of impressive guests, including Mark Lanegan, Jeff Matz (High On Fire) and numerous others. Hanford has also released a punk album with his band Fetish, which features former Poison Idea members. But more to the point, he has atoned for his sins and stayed clean.

“The first thing that I did when I got out was make amends with everybody I possibly could,” says Steve. “If they can't handle me saying sorry and doing everything I can to make it right, then at least I tried. It's crucial to recovery or else the guilt will eat you alive. You have to face your demons up close and have them breathe that fire in your face or you're never going to get through it. I've dealt with all that stuff.

“I didn't really enjoy being a junkie anyway,” he laughs. “I'm relieved that I don't have to listen to that mindless drivel.”

14 songs about The Manson Family

From System Of A Down to The Beatles, we look at the best songs about The Manson Family…