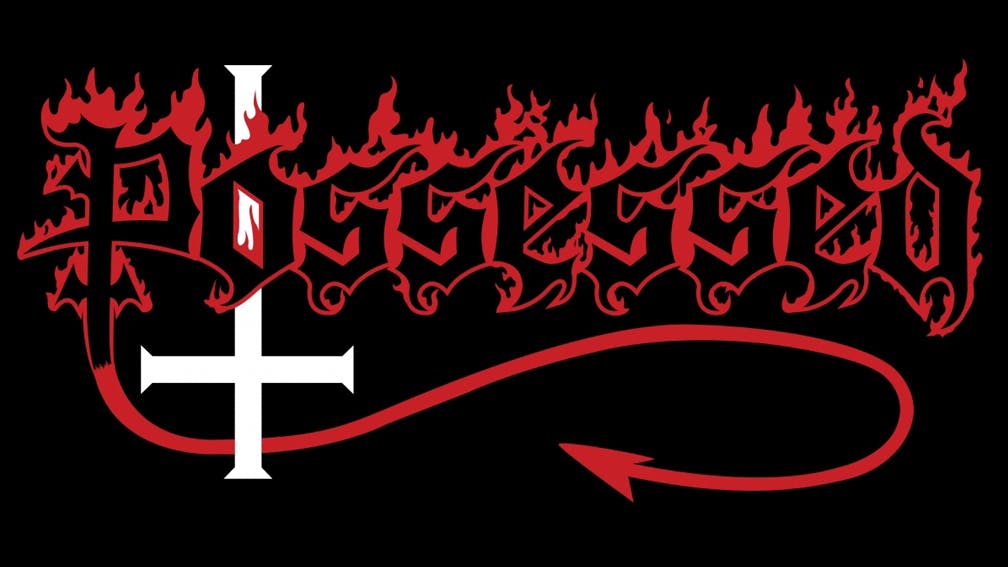 The conception of death metal did not happen with a flash of lightning or overspill of Satanic grandeur, but during Spring Break, 1985. No, really. Still in high school, the members of San Francisco’s Possessed had used their Easter holiday wisely, booking studio time to record their debut album during the only lengthy free period they had. But what came out the other end was something that not only gave a genre a name in its last track, but redefined extremity. Faster than Metallica and more evil-sounding than even Slayer, Seven Churches wasn’t simply thrash moved up one more notch, it was a definitive new thing. Death metal had arrived, and though its genesis seems quite cute in hindsight, what Possessed created was a bloody, pointy, and defiantly black hearted line in the sand.

Possessed were originally formed in 1983 by drummer Mike Sus and guitarist Mike Torraro. Tragically, the band’s original singer, Barry Fisk, took his own life that same year, but even with this sad turn of events, the pair continued onward, getting local metalhead Jeff Becerra on vocals and bass, and eventually recruiting one Larry LaLonde – he who found future fame with Primus – on guitar. Having already grabbed ears with their Death Metal demo – a phrase credited by many to Jeff for coining – Possessed first appeared on Metal Blade Records’ Metal Massacre IV comp (the same series that would do so well for a young Metallica), and eventually signed with metal powerhouse Combat for their debut.

Seven Churches remains, even 35 years on, a record that explodes with manic fission and youthful Satanic gung-ho-ness. The way opener The Exorcist goes from the intro of Mike Oldfield’s Tubular Bells into basically a rabid dog attack was quite unlike anything to have emerged from the Bay Area, and there was far less of a sense of Metallica’s coolest band on the block ambition or Megadeth’s burning ambition – from its title to its lyrics to the evil-d up photos of the band on the album’s back cover, Possessed were putting out something far more in league with Satan here.

With recording techniques for such fast guitars and drums still in an experimental phase – with many producers still looking to Van Halen for how to capture it – there’s an overriding rawness to songs like Satan’s Curse and monstrous Pentagram, but that simply adds to the grindhouse atmosphere Possessed were cooking up. Even the occasional moments of musical naivety – Mike Sus would not be troubling Rush’s Neal Peart – are perfect. It wouldn’t be the same if everything was perfectly in line without the rusty edges sticking out. Jeff’s sounds absolutely deranged, his guttural screams giving not a moment’s thought to melody, while the guitar solos are rough, rugged and stick out like broken glass. This is where the magic comes from in Seven Churches, and why it made such an underground impact – the legitimacy of illegitimacy, a record that didn’t fit with the standards of most metal in the mid-’80s, even for thrash. But it set the underground alight.

Amusingly, their manager Debbie Abono was shocked when she first realised the band’s Satanic lyrical angle. A grandmother who had never had any contact with the world of metal until one of her daughters began dating Larry LaLonde, this was an entirely new world for her. Nevertheless, from this start she would herself become something of a noted death metal figure, working with bands like Exodus, Sepultura and Obituary in the years that followed.

In Possessed’s wake, bands like Death, Repulsion, Obituary and Morbid Angel took these extreme blueprints and coloured them in, cementing a genre to which the band had given a title. Possessed themselves would release a second album, Beyond The Gates, in 1986, but disbanded the following year. In 1989, Jeff was paralyzed after being shot during a robbery. Happily, though, since 2007 he has been performing under the name Possessed – savagely, we might add – and last year’s Revelations Of Oblivion album is a scorcher.

But it was that early folly that truly cemented Possessed’s name. Arguments come and go about the definitive start of death metal, but few touch the claim that Seven Churches is the record that did it. It remains a truly superb work of scrappy Satanic majesty.