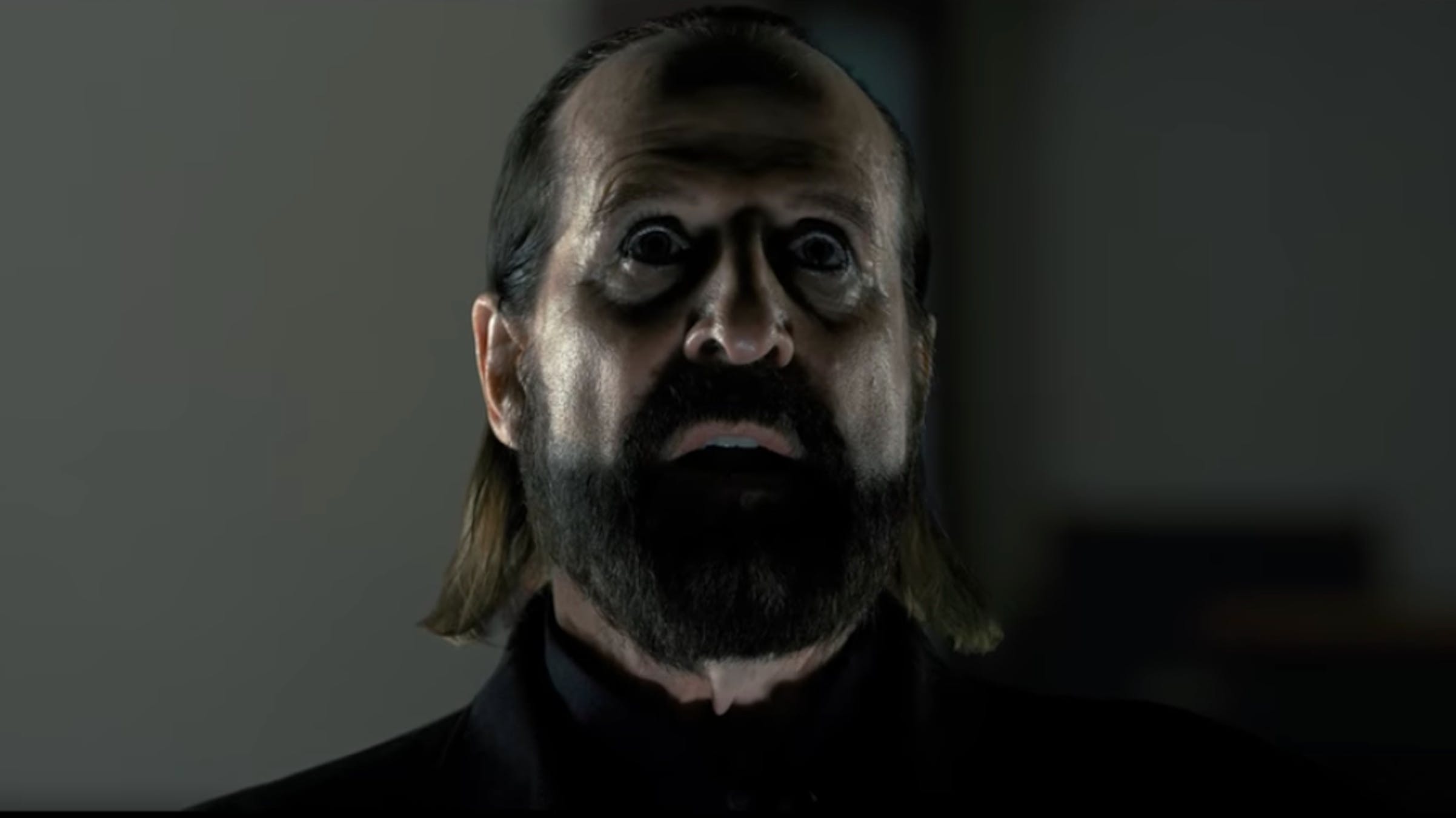 Death metal trailblazers Possessed have recently returned to the game with their first record in over thirty years, Revelations Of Oblivion, via Nuclear Blast Records. Now, the group has unleashed a new music video for the track Graven, which stars veteran character actor Peter Stormare (The Big Lebowski, Fargo, Constantine).

Unlike their previous music video for Shadowcult, which was all live footage, this is a narrative video that is set up like an older, cheesy-fun horror film. Between shots of Jeff Becerra singing along, the viewer is shown what appears to be a father and son walking into a group of Christians gathering inside a local church, praying desperately while spasming in what appears to be religious ecstasy

Peter Stormare stars as a priest and of puppet master amongst the crowd, while depictions of a demonic figure with glowing eyes flicker between shots of the frenzy. This all leads to a bloody, gross finale that only a band like Possessed could pull off.

Vocalist Jeff Becerra quoted on the video, “We are extremely excited to release our new music video for the song Graven. This is actually our very first cinematic music video. I want to say thank you to my good friend Peter Stormare for everything and for being such an amazing inspiration. Of course, thank you to my band mates. And to Nuclear Blast.”

Check the video out:

Possessed are touring throughout Europe in June. Dates are as follows: