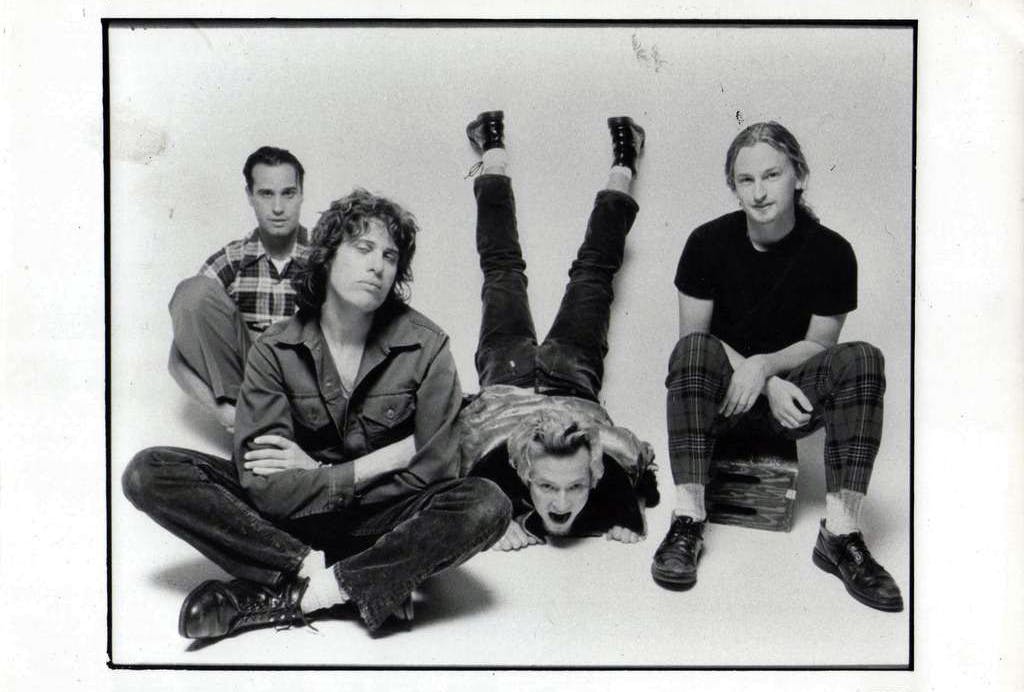 Kurt Cobain killed himself on my 12th birthday.

Well, actually, his body was discovered on my birthday. Forensics would show that Kurt shot himself three days earlier, on April 5, 1994. But as I was celebrating my first dozen years on Earth, the world lost its greatest rockstar. 'Happy birthday… to… me…'

Some would argue that the grunge movement died then, too. But you can’t shut off an entire music genre in one day. I’d argue that Kurt’s passing signalled grunge’s imminent demise – but it was Stone Temple Pilots’ Purple that delivered the death knell. And you know what? The world was better for it.

When STP released their dark, edgy debut, Core, in 1992, the lyrical themes of abuse, injustice, and sexual objectification went entirely over my sweet, little 10-year-old head. But with two more years of experience under my belt (notably, a failed relationship with an older eighth grade woman), I could finally appreciate the band’s dark side.

A hit single from The Crow soundtrack, Big Empty first showed up on mainstream American radio on May 22, 1994 - two weeks in advance of the release of STP’s sophomore album, Purple. By the time the album’s second single – the swirling, grinding Vasoline – rolled out the following week, I was sold. I purchased the album on cassette at Nobody Beats the Wiz, and my life – much like mainstream rock, it turns out – would be forever changed.

While that first chunky, dirty riff of opener Meat Plow hooked me instantly, heavy hitters like Lounge Fly, Unglued, and Army Ants kept me engaged. I found that the acoustic Pretty Penny served as a beautiful, aching palate cleanser between the hard-rocking yet romantic, Still Remains, and heroin love letter Silvergun Superman. And I will never forget how gutted I felt when I first heard closer Kitchenware & Candybars (which, years later, I’d discover was about a heartbreaking experience with abortion).

But as great as Purple is on its own, its accessibility (for better or for worse) would push grunge – or what the mainstream thought was grunge – even deeper into pop culture than ever before. By September 17, 1994, Interstate Love Song and Vasoline would reach the Number One and Number Two positions on the Billboard Mainstream Rock Chart, and hold these positions for two weeks straight. Surely, at the time, American rock fans were yearning to fill the void left by Kurt Cobain, and radio stations were all too happy to provide.

Labels had long been capitalising on once-counterculture-misfits like Nirvana, Pearl Jam, Soundgarden, and Alice In Chains – bands whose members had toiled away in underground Seattle clubs for years in the late ’80s before finding mainstream success. But with Stone Temple Pilots, and especially after Purple, labels would chase the mere sound of grunge, turning the genre into a parody of itself. December of 1994 would bring us Bush (a 'grunge' band from… England?); 1995 would usher in Silverchair (Australian 'grunge', too?); and by ’98, mainstream American radio was flooded with post-grunge acts like Creed and Godsmack. Purple killed the possibility of 'true grunge' ever making it into the mainstream again.

And yet, though its music is veiled by a pop veneer, Purple’s lyrics are still dripping with legitimate pain in a way that post-grunge bands could only dream of emulating. In fact, rather than trying to sound tormented, Scott Weiland would head in the opposite direction with a softer, sweeter tone. His lyrics for Interstate Love Song even explicitly describe his ongoing attempts to hide a growing heroin addiction throughout the recording of the album ('Leaving on a Southern train / Only yesterday you lied / Promises of what I seemed to be / Only watched the time go by…').

I had no idea what Scott’s words meant when I first heard them. But I did know that there was a darkness in every one of those songs, to which I could somehow relate. While Purple would help bridge pop fans to the 'grunge' sound, it provided me with a bridge to the even bleaker world of heavy metal. It was only a matter of months before I’d get deeper into bands like Tool and Nine Inch Nails, Metallica and Slayer, and eventually Napalm Death and Cannibal Corpse.

But perhaps the most important thing about Purple is that it was – like many actual grunge albums – kind of weird. As a 12-year-old, I’d personally never before heard a heavy rock record that so effortlessly weaved in elements of country, psychedelic, and blues rock. Of course, I’d eventually discover and fall in love with grunge bands like Mudhoney and Screaming Trees, and proto-grunge acts like the Meat Puppets and Melvins that had bravely experimented with genre-melding, too. But without any radio play or internet forums, these older acts weren’t as available to the masses in the mid-1990s.

Purple wasn’t a grunge album, but with the movement already on its deathbed, the album offered something much better. It obliterated a genre, and offered a new gateway into a corridor of rock that many adolescent music geeks didn’t yet know existed.