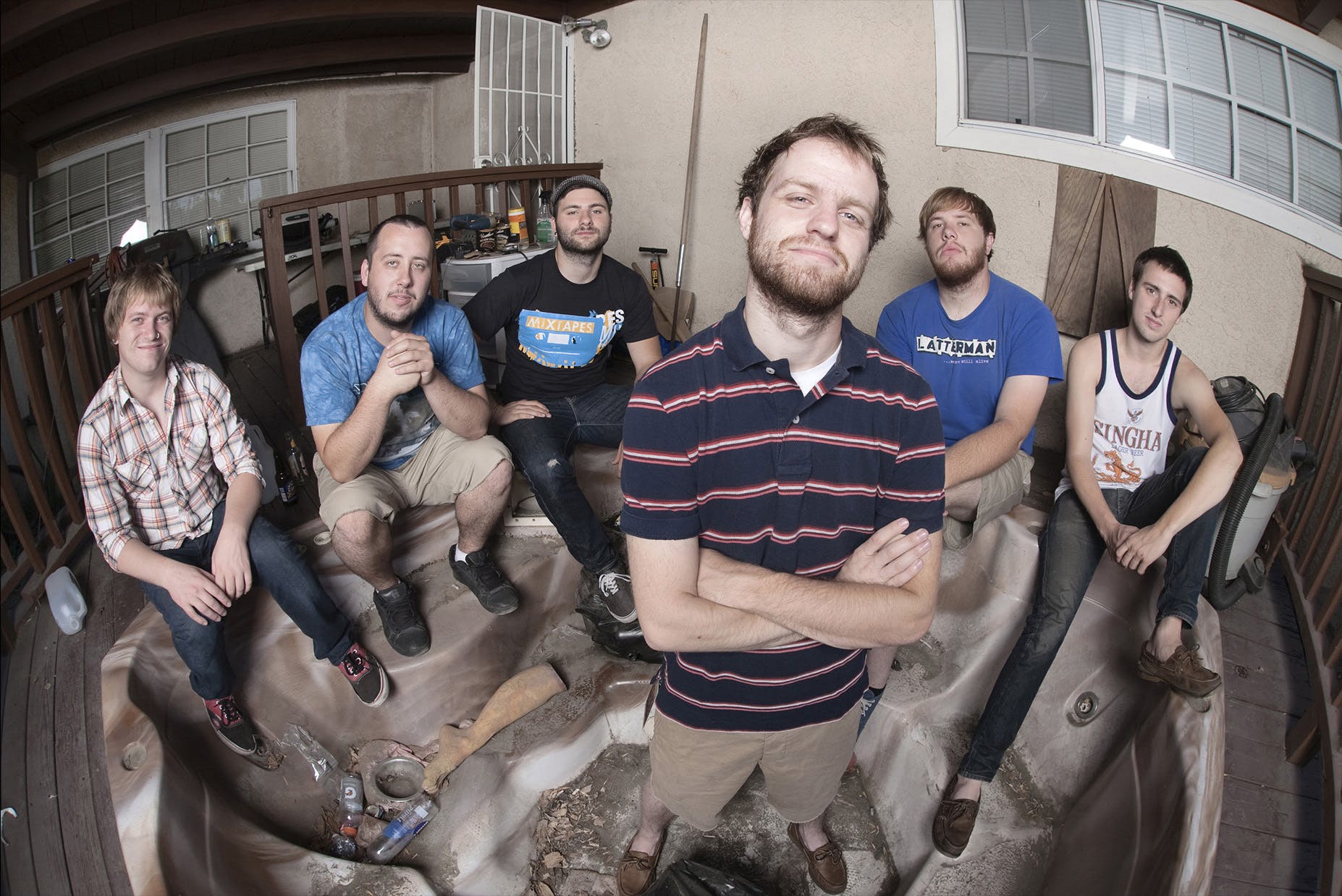 In 2013, I was working a dead end job at a music venue in central London, serving extortionately priced alcohol to people I couldn’t stand. I was 20 years old, but the job made me feel older. After one particularly trying shift, working a club-night full of coked-up bankers and marketing types who ended their evening shouting along to Killing In The Name (without the slightest hint of self-awareness), I was wearily scrolling through music on my phone, looking for catharsis on the journey home. Pop-punk traditionally concerns wanting to bail on your dreary life to eat pizza with your mates, and I figured that’d do the job, but I wanted something I’d not heard before. So, I decided to give the then-new Wonder Years record a go.

I’d put off listening to The Greatest Generation up to then. I’d been a fan of the two records that preceded it, but I’d seen someone tweet about it being ‘a bit boring’ and I couldn’t face being disappointed by a band that meant a lot to me. Still, I swallowed those nerves, hit play, and soon realised it was probably best to unfollow the person behind that foolish tweet.

When I reached the bridge of second track, Passing Through A Screen Door, I heard vocalist Dan ‘Soupy’ Campbell lamenting being 26 (‘TWENNY SIIIIX’) and lagging behind peers who had settled down with wives and kids. That was the moment I realised I wasn’t in for by-numbers pop-punk. It doesn’t sound like much, but until then I had been inundated with angry lyrics directed at exes, or resentful words about girls who didn’t reciprocate the singer’s feelings, or… well, it was mostly just lots of dudes blaming women for their problems. This was a moment of sincere introspection, and it caught me way off guard.

The following track, We Could Die Like This, spoke from a working class perspective. Again, something rarely heard in pop-punk. It aspired to a simple life and referenced a city’s struggle with their local sports team in one of its most memorable passages (‘We watched the ‘92 birds take the field without Jerome Brown’). As an Arsenal fan, few things speak to me like the crushing heartbreak that comes with emotionally investing in a doomed team! The Bastards, The Vultures, The Wolves, struck a chord too, with its depiction of an angry kid fighting for what he believes is right.

I could find parallels with my own life all over the album, but the song that solidified my love was one I didn’t see myself in the narrative of at all. The Devil In My Bloodstream is the story of our narrator attending his grandfather’s funeral and finding out more about him as he reads through memoirs. Soupy ends up comparing himself to the late war hero, declaring: ‘I bet I’d be a fucking coward / I bet I’d never have the guts for war’ during the song’s apex, wondering if he’d ever be able to live up to such a legacy. It’s a brief but telling insight into the struggle with masculinity that subtly defines so much of the album.

I didn’t know it at the time, but I was in the midst of my own battle with the idea of what ‘being a man’ is supposed to be. Having been on course to be the first university graduate in my family, I dropped out of school in sixth form, when I realised that studying Philosophy for three years wasn’t how I wanted to spend my time. It’s a decision I’ve always been confident in, but at the same time I know how much the idea of getting a good education meant to my mum. All I wanted was to be the son that grew into a man she could be proud of. But here I was: working a crappy job, usually waking her up when I got home at five in the morning and – at least in my mind at the time – giving her very little to take pride in. That pressure was weighing heavily on me, and I’d never heard it addressed or articulated so well in song before.

Looking at it now – especially living in a time when defined masculinity is rightfully coming under intense scrutiny in society – the way that Soupy approaches the topic is even more striking.

The masculinity of many pop-punk bands manifests itself as entitlement. Earlier I touched upon the way women are treated by lyricists, but that itself is the product of The Sensitive Boy assuming that simply paying attention to his subject is enough for her to owe him something. She doesn’t, of course, but that doesn’t stop her from being attacked and demonised for not bowing to that entitlement. Rather than wielding masculinity as a weapon, The Greatest Generation presents it as a burden and an impossible standard to meet.

Across the record there are countless examples of repressed emotion bubbling towards the surface, occasionally thinly veiled in metaphor, but always pouring frustration out. From the way Soupy’s lyrics are written – heavy on details representative of feelings, with only sporadic moments of direct address – you can see and hear the battle between male expectation and the need for emotional catharsis.

That battle culminates in one of the final lines of the closing song, I Just Want To Sell Out My Funeral: ‘There’s no triumph waiting / There’s no sunset to ride off in / We all want to be great men / And there’s nothing romantic about it’. For 13 songs that ‘romance’ has been explored, with the various challenges confronted in their lyrics, providing the narrator with a purpose and a backdrop for the poetry in which he turns his personal strife into a righteous mission to prove his worth. But now, as the album draws to a close, reality dawns. That ‘mission’ is self-imposed, the pain largely self-inflicted, and neither Soupy or I should feel duty-bound to live up to anything. I’m not sure I’d have come to that conclusion on my own.

In the years that have followed that first listen, The Greatest Generation has proved itself versatile enough to soundtrack almost any hand my life has dealt me. The aforementioned Devil In My Bloodstream was a source of great catharsis when my grandmother passed; Teenage Parents helped me to translate the feelings I had about coming from a non-nuclear family and, honestly, there really is a lot of poetry for a young adult to project their frustrations onto. It’s okay to indulge in that sometimes. More than anything else, though, this record stays in regular rotation because even four years later, it stands almost entirely alone as a beacon of maturity, in a genre often otherwise lacking.