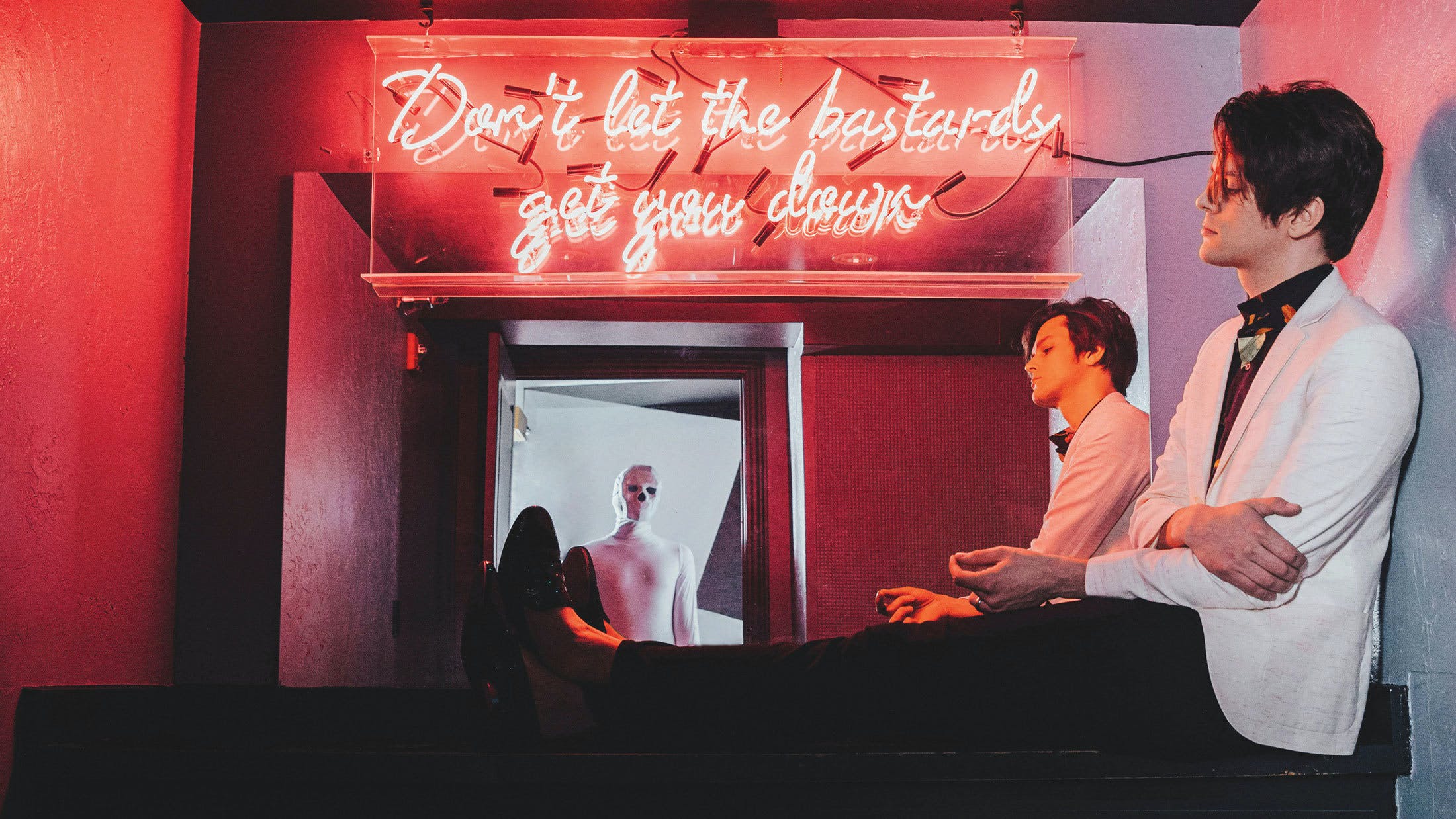 Last year was all about beavering away on music and frustration at some missed opportunities, but the iDKHOW man is prepping for a massive 2020…

What was your personal high point of 2019?
“Putting new music out into the world and really getting this band started properly. The first year or so that we did this thing, it was all in secret. We didn’t tell anyone that we even existed. So to be able to start last year by finally admitting we were a real thing and to get to where we are now has been a huge journey, and one that’s been incredibly rewarding.”

Has it changed much since those initial stages?
“I don’t really know. I’m just as excited now as when we started the thing, but it’s been a natural progression. It doesn’t feel forced. We’re meeting or exceeding all of the goals we had when we started.”

You hit the UK pretty hard last summer. How was the reaction?
“Good, I hope! It’s always fun to go to the UK. I feel like the response has been more fervent there than in the U.S., because I think the UK is always ready to embrace something new. We’re starting to see a little bit more of a reaction at home, but it’s definitely on the next level already over there in the UK. The last time we were there, though, we played the Reading & Leeds festivals, but I was sick so I couldn’t really sing. That was a drag, but it was still fun.”

You put out the Christmas Drag EP ahead of the festive period. Did that feel like it was a long time coming?
“Yeah, I’ve been waiting so long to get this thing underway and recorded. It’s been incredibly difficult to keep all the songs and ideas to myself. I’ve never been so excited to get something started, finished and released.”

How about a full-length follow-up in this year?
“Well, the thing is written and ready to go. We were just waiting to get the green light to go and get it officially recorded. As far as I know at this point, that’s all going to happen in January. I’m keeping my fingers crossed, but whenever we do get started, it’s not going to take long to get finished. I don’t know if you can be over-prepared in this sort of situation, but we’re definitely ready to go at a moment’s notice. That was one hundred per cent my focus this year. It’s all been about getting things down on a record that we can finally present to the world. That’s the goal I’ve been working towards for well over a year now.”

Did you go anywhere special in 2019?
“London. I love it and I was able to visit with my wife this year, which is something I’ve always wanted to do. We managed to visit a few times, actually. I know that if you live somewhere the specialness can wear off quickly, but London is a particularly special place for us. It’s different coming over when it’s not with the band. It’s also a different experience coming with I Don’t Know How…, compared to when I was there with Panic! back in the old days. Now I can walk around town and enjoy it a bit more, which is a new experience for me.”

What was the most ridiculous thing that’s happened to you last year?
“I mentioned it before, but probably the irony of getting to play the big stage at Reading & Leeds and being so sick at the time. It was such a huge goal for me. I’d been looking forward to it for months and months, so to get there and not have the physical ability to give it my best took the wind out of my sails. When something like that happens, it’s like getting socks for Christmas. It’s still Christmas and you’re having a good time, but you’ve only got socks!”

Who was your biggest hero of 2019?
“There’s one particular band that I’ve always been a huge fan of who have just got back together and started putting out new music, and that’s Phantom Planet. I was a really big fan of them before they split, so to see them back in action has been really inspiring for me – especially as they’re putting out such good stuff, too. They’ve played a handful of shows already, but I still haven’t managed to catch them live yet, so that’s another big goal for me next year.”

Who’s been the biggest villain?
“Hands down the President of the United States, Donald Trump. That guy’s a monster! It’s probably not original, and a lot of other people would probably agree that he’s a piece of shit, but he’s definitely the biggest villain for me personally.”

On a more optimistic note, what are you looking forward to in 2020?
“Finally getting the record done is top of my list. It’s going to be a whole new chapter for iDKHOW. I can’t wait!”