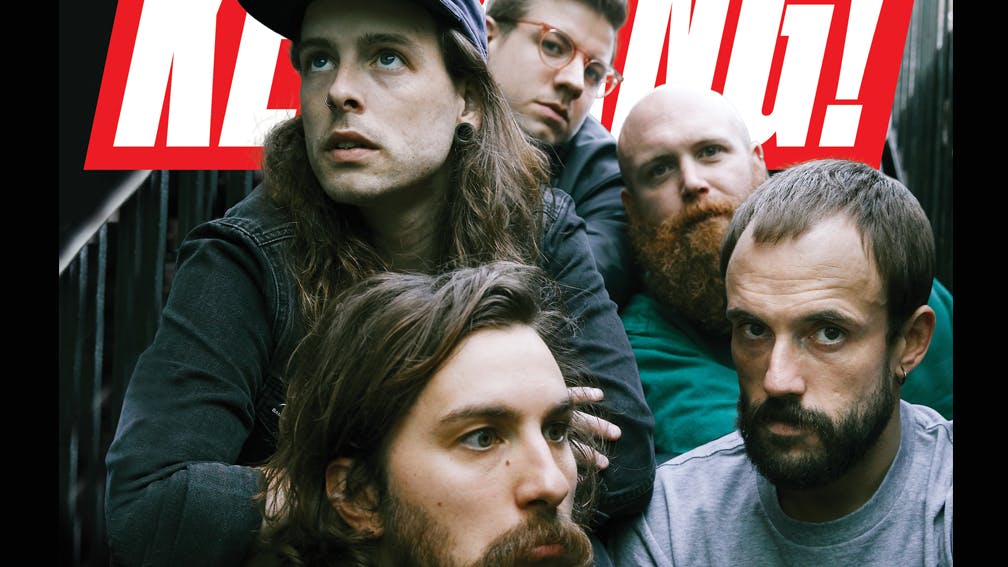 It’s only at times of great division that we realise quite how much we need each other. Simply ask IDLES – British rock’s breakout success of the past 12 months – for proof. As they prepare to embark upon the next chapter in a life story that has taken twists, turns and a heavy toll on its members, Joe Talbot, Mark Bowen and Lee Kiernan talk love, hate, and never giving up the fight…

Plus, we've got an art print this week created by IDLES’ Joe Talbot that, um, we don't exactly know what is going on in it, but should absolutely go on your wall nonetheless.

Elsewhere in the mag: Enter Shikari frontman Rou Reynolds puts down his G&T long enough to face a grilling in a career-spanning K! Interview; we remember the life and work of Seattle's great lost voice, Shawn Smith; reunited punk trio Jawbreaker reflect on their legacy, where it all went wrong, and tentatively look to the future; and a new day of reckoning for rock beckons following the grubby hedonism of Mötley Crüe's recent Netflix biopic, The Dirt.

In the reviews section, meanwhile, California metallers New Years Day update themselves on their expansive fourth album, and U.S. drone masters SUNN O))) shine on their oddly uplifting eighth record. On the live front, Muse's action-packed sci-fi blockbuster illuminates New York, and Sydney pop-punks Stand Atlantic make waves in London, but Scottish trio The Xcerts don't quite hit the mark at their headliner in the capital…

There are 10 bloody brilliant posters in this week's issue, too, featuring Foo Fighters, twenty one pilots, Andy Black, System Of A Down, PVRIS' Lynn Gunn & Fall Out Boy's Pete Wentz, Papa Roach, Korn, The Interrupters, Lamb Of God, and Simple Creatures!

All this and more is available in the new issue of Kerrang! – which you can get anywhere in the world when you order online through Kerrang.newsstand.co.uk. But for UK residents, it hits the shops on Wednesday, April 17 from all good newsagents.