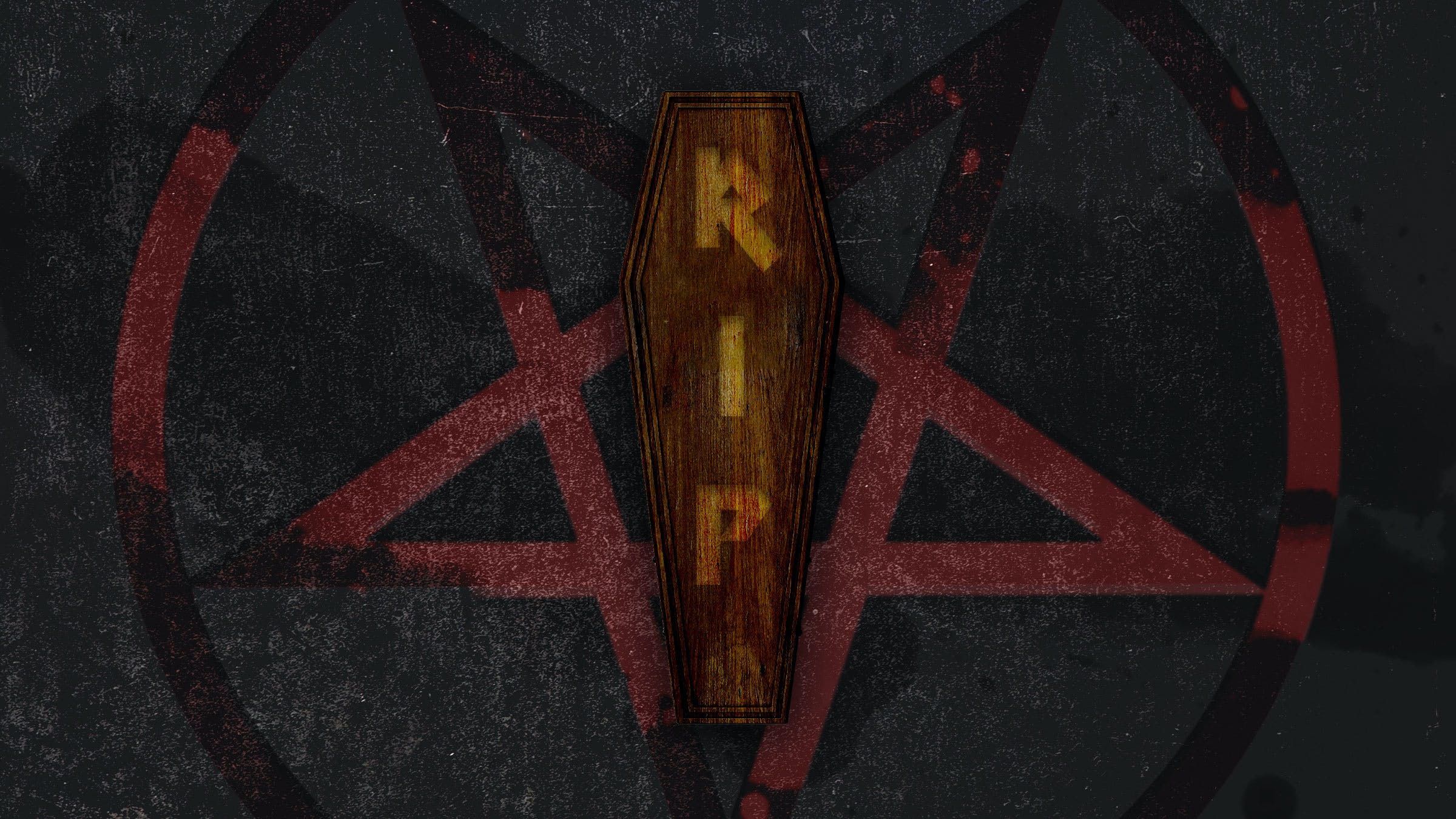 I’m going to die in a metal T-shirt. I’m 98 per cent sure of this. Yes, there’s a chance I may be wearing some situationally-specific outfit when I croak – swim trunks, Santa suit, gimp mask, the usual – but more likely than not, when that charley horse forms in my chest and I fall gasping to the floor, I’ll be wearing a shirt with an unreadable logo on the front and a column of tour dates on the back. My only hope is that the coroner who examines my body will be cool enough to admire my good taste before he cuts the thing off of me. Subject is a Caucasian male in his mid-60s, about 200 pounds, and, hey, look at that, fuck yeah Scumpulse!

This realisation hit me while I was planning my honeymoon. When I brought up potential locations for our trip, my bride-to-be told me she wanted to go on the 70,000 Tons Of Metal cruise. When I insisted we could go anywhere – Spain, Finland, the Caribbean – she said, “That all seems like a stressful pain in the ass. I just want to drink on the high seas and see Vomitory.” I was floored. She was absolutely right. Here I was, trying to plan the honeymoon we were supposed to have, when all I actually wanted to do was order room service in a floating mall before going to see the Black Dahlia Murder.

That I’m now married to another metalhead has even further cemented a suspicion I've always had: I’m never going to grow out of it. Not because I'd have to sell all of my vinyl – but because I don’t want to. Because if I’m going to die, I’d rather it be on my own terms, and not some cliché of dying with dignity crafted by the same advertising jerks who want me to spend my paycheck on some fucking watch. My life is rad, my friends and family love me, and I wouldn’t be the man I am today without heavy metal. I’ll die a metalhead. It’s gonna be great.

I guess that somewhere in my subconscious, I'd harboured vague plans to eventually grow out of metal by the time I died. Fantasies of my demise usually involved wearing a suit and clutching a bullet wound in my gut, or farting myself to death in some itchy sweater (the latter of which was, let's be honest, always more likely). But in some Temple Of Void shirt that I wear, like, every day? The very idea made me feel ridiculous, clumsy, absurd… and now, suddenly, relieved.

I came to realise that my death will be in touch with my values. And if the rest of the world doesn’t like it, well, most people don’t like Emperor, either. So screw ‘em.

Death can make or break you, because it sets everything in stone. Any chance you ever had of being better or showing them all is gone. And if you did things (mostly) right, well, that’s your heaven – in the eyes of those who remember you, your sins are forgiven.

When death puts a period at the end of our sentences, we become statements. But because our lives are usually jumbled, pointless messes, we want our deaths to mean something, so we can be like Jesus, or Steve Jobs, or Kurt Cobain. But when I stop to actually think about it, that just sounds like another fancy party for which I have to squeeze into a bad suit. That’s already so much of life as a metalhead: putting on a Normal Person costume and pretending we don’t just want to talk about Vlad the Impaler. But death is a moment of honesty, the only time where you have literally nothing left to lose, and it’s foolish to waste that on giving a shit about the world at large.

I mean, yeah, look: metal’s laughable. It’s a lifestyle that involves humourless Swedes in facepaint, bands selling socks with their logo on them, and blog posts ranking codpieces. But if there’s anything sillier than heavy metal, it’s adult life and our concepts of maturity. The way people cling to ideas like redoing their kitchen or getting laid on their anniversary – as though we’re not all just greasy cartoon characters scared of being alone – is a far bigger joke than any picture of Immortal without their shirts on.

When I die, it’ll be in a metal shirt – and maybe my Exhumed hoodie, and maybe even my battle jacket. And though that’s never been how I imagined my death, I’m happy that I’ll go out that way. When all is said and done, heavy metal helped shape the person I am, and I’m proud of that. If I’m lucky, and my brain isn’t yet entirely flooded with DMT, my last words will be, “Death to false metal," and I’ll go out giving credence to something bigger than myself.

Then I’ll be dead. And there’s nothing more metal than that.