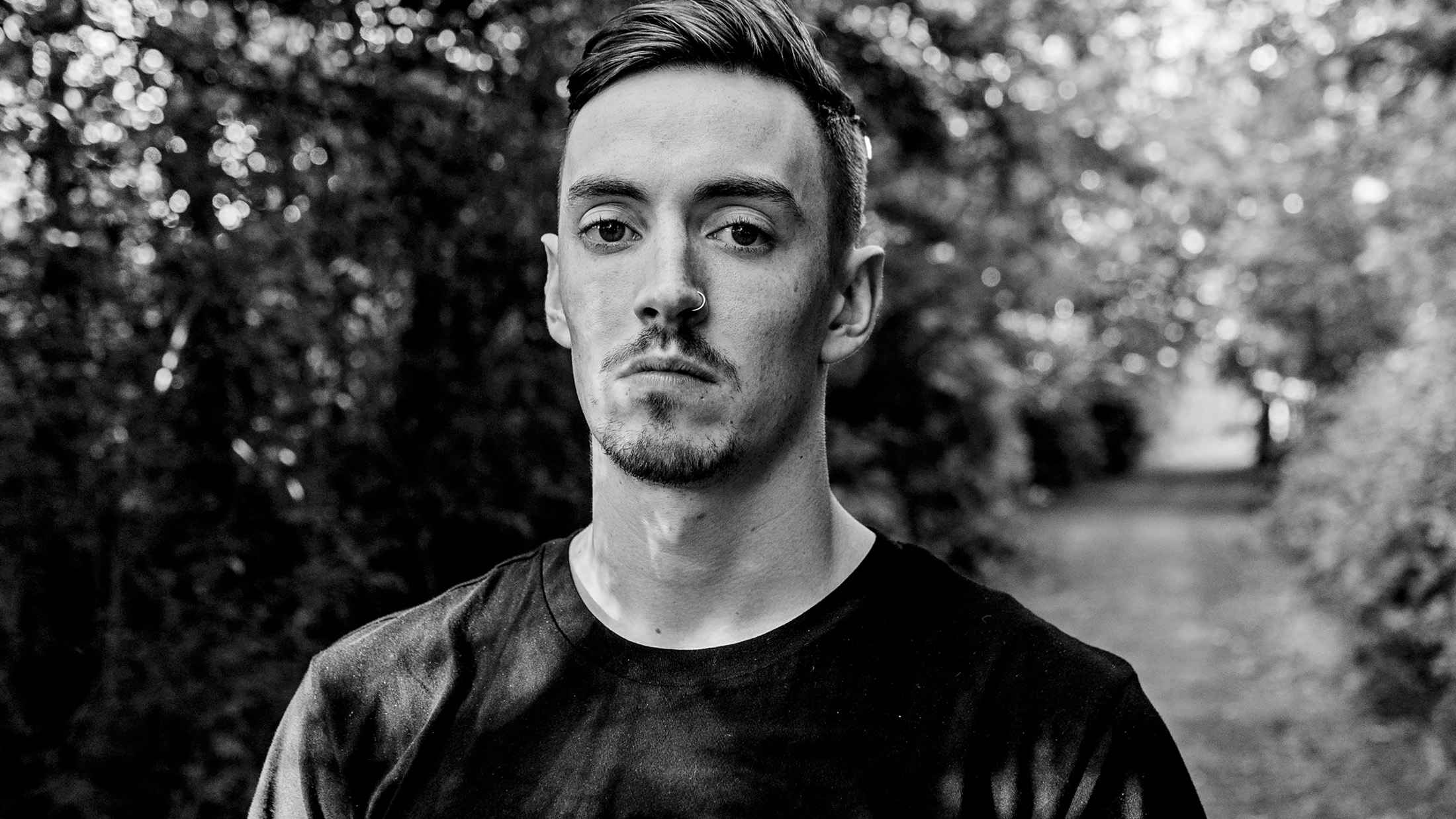 The latest culprit facing Kerrang!'s 13 Questions is Trash Boat vocalist Tobi Duncan. Having recently completed a UK headline tour, including a sold-out show at London's Islington O2 Academy, we sat down with the man himself to talk about everything under the sun – from gross oily vegetables to getting in fights to the imminent destruction of his left knee.

If you were in Slipknot, what would your mask be?
“It would be something 50/50 – so half one thing and half a juxtaposed separate thing. I feel like it would require a lot of planning; especially if you’re gonna be in Slipknot, you want your mask to be siiiick. I like the idea of my mask being like Harvey Two-Face in Batman Forever.”

What did you want to be when you grew up?
“It changed from moment to moment. Music was always present as an aspiration, my brother was very musical. He’s 15 years older than me, so when I was growing up he was always playing me music, so I wanted to be a musician in some respect but when I was a teenager I was dead into sport. I used to play table tennis a lot, I played for county team, then when I hit 16 I started doing kickboxing and wanted to be a professional martial artist... but then it went to absolute shite when I damaged my knee and now I’m three steps away from being disabled. Music has always been there, the passion has varied, but it depended on my physical state. My limbs and my ligaments, as I’ve learned over time, are extremely weak so I wouldn’t have got very far."

Where's the best place you've ever been?
“I really, really like it in Denver, Colorado. It’s got everything. It’s got the good legislation – legalised weed – the beautiful scenery, the rocky mountains... the altitude is a bit shit but I enjoyed the vibe of Denver. Amsterdam is an obvious choice too, it’s not just the weed thing, but the vibes in those cities just fit.”

When was the last time you vomited?
“I don’t vomit very often; it was probably when I had the flu this previous New Year’s. I didn’t go to a New Year’s party because I came down with the flu or some heinous illness. I stayed up til 6am to watch a UFC event, went to bed at 6:30am, woke up at 9am and I was just throwing up that whole day and spent the next two days in bed. I’m not a big drinker, I don’t party too hard, so it’s usually just when I’m ill that I throw up.”

Biggest fear?
“My body – leg specifically – deteriorating rapidly and forcing disability, as that is a very real and possible concern about the state of my knee. I have no cartilage or articulate surface on the bone in my left knee, and because I’ve been walking around like that for six or seven years, there are micro-fractures in the top of tibia that are filled with fluid and have developed a cyst. A some point, the bone is just going to collapse and that is really, really going to suck. It hurts all the time anyway, and I can’t walk a lot. I limp wherever I go, there’s this invisible looming sword of Damocles waiting to collapse on the inside of my joint. I don’t know what I’m going to do after it, but it’s inevitable.”

What's the most disgusting thing you've ever eaten?
“We were in Austria and the vegetarian option for catering was deep-fried vegetables – carrots and cauliflower. The oil they used had to have been days old and it was barely battered; you’d bite into it and the oil would spill into your mouth until it became this veggie, old oily mush. I don’t know whether it was linked, but that evening I began getting a chest infection that lasted for two weeks on tour. That was the worst my voice has ever been on tour, but luckily it was 2015 so it didn’t matter (laughs).”

Who is the most famous person in your phonebook?
“Maybe Patty Walters? Or Soupy from The Wonder Years? I think I have Caleb from Beartooth’s number. Name Droppington’s number (laughs). I’m good friends with Patty and Soupy, we’ve toured with Beartooth… I think I’m good friends with Caleb but I’ll leave it up to him, I think he’s a lovely guy, but he might say something different!”

What's the worst job you've ever had?
“I worked at ASOS for a year and a half, but it was night work, which was fine because I got paid a decent amount, but it was 8pm-7am. In the winter you’d wake up at 4pm, go to bed at 7am, so you’d never see the sun. That was hard. You’d notice yourself being super bummed-out. I quit that job after starting this band because we wanted to tour and do things seriously.”

What is the worst injury you've ever suffered?
“The knee, for sure. I’m six surgeries deep; I’m ten years deep to it being a thing. I tore my ACL, the subsequent surgeries were to remove staph-infected cartilage and bone, which they just couldn’t stop. Now it’s this atrophied chicken leg with a painful joint that I can’t even walk on. It’s the black spot in an otherwise wonderful life that I’m living. I have to put up with a consistent level of pain and it’s at the forefront of every decision that I make, especially when it comes to being on my feet. If the guys are like, ‘We’re in Chicago for the first time, let’s go walk round Chicago!’ I can’t do it. It is unfortunately very prevalent, but it has to be.”

Have you ever been kicked out of a bar?
“Liam and I got kicked out of a bar in Austin, Texas, because the queue for the toilet was abhorrently long we both pissed off the roof. It was an open rooftop bar. We were both absolutely blasted at this point and two security guards came up behind us, they were really nice, but they just looked at us like, ‘Obviously you have to leave.’ Which was fair enough.”

If your house was one fire, what’s the one thing you would save?
“My dog. Easy. No question. A black Labrador called Tilly, she’s my best friend and I love her.”

What is your worst habit?
“Sugar. I’ve got a very sweet tooth. I try to keep it pretty low-key, but I’ve always got a sugar source in a bag somewhere so I can have a little nibble. I love sour stuff, anything sour is my Achilles heel. Those sour strips, I love them."

Have you ever been in a fight?
“I have had a few of those, unfortunately. I used to be a little chav when I was younger; it’s not my background but it’s who my mates were. I’m embarrassed about it to be honest. But most of the fights I had, I got the shit kicked out of me because there was more than one person against me. I’ve never deserved getting hit more than this one guy who punched me in the face. Me and my mates were walking past this row of houses in High Heath, one of my friends finished his beer and smashed his bottled on the road like an idiot, and this guy shouted at us from his house to clear it up. Because we were drunken teenagers we were like, ‘Yeah, whatever, fuck off.’ He came roaring out of his house telling me to pick up the glass, I said no, and he banged me three or four times in the face. I’ve had my nose broken three or four times, he was one of them, but I deserved it. It was a wakeup call to stop being such a rowdy little shit.”

Trash Boat's latest album Crown Shyness is out now. Watch their performance in The K! Pit below.