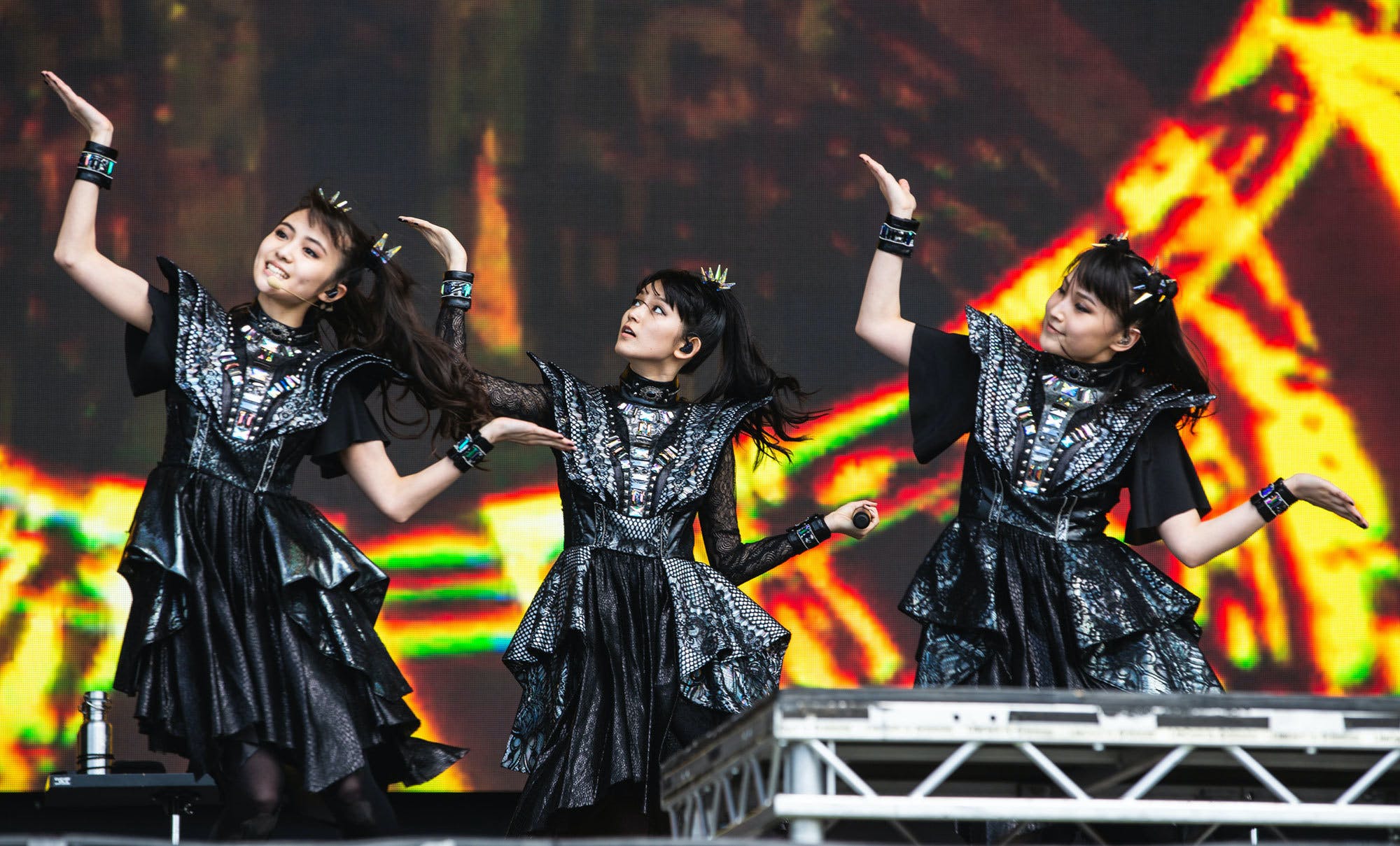 Yesterday (June 30), BABYMETAL made their grand debut at Glastonbury festival. Playing the Other Stage in the middle of the afternoon, the Japanese metal superstars (with additional member Riho Sayashi) fired through an eight-track set including new track PA PA YA!! and an as-yet-untitled new track from their upcoming album METAL GALAXY.

Take a look at their set in these exclusive photos below.

YouTuber Serg-metal was in the crowd, who captured a snippet of the circle pit to KARATE.

BABYMETAL’s new album METAL GALAXY will be released on October 11.

Listen to BABYMETAL’s new single METAL KINGDOM, and hear clips of every song on the new album.