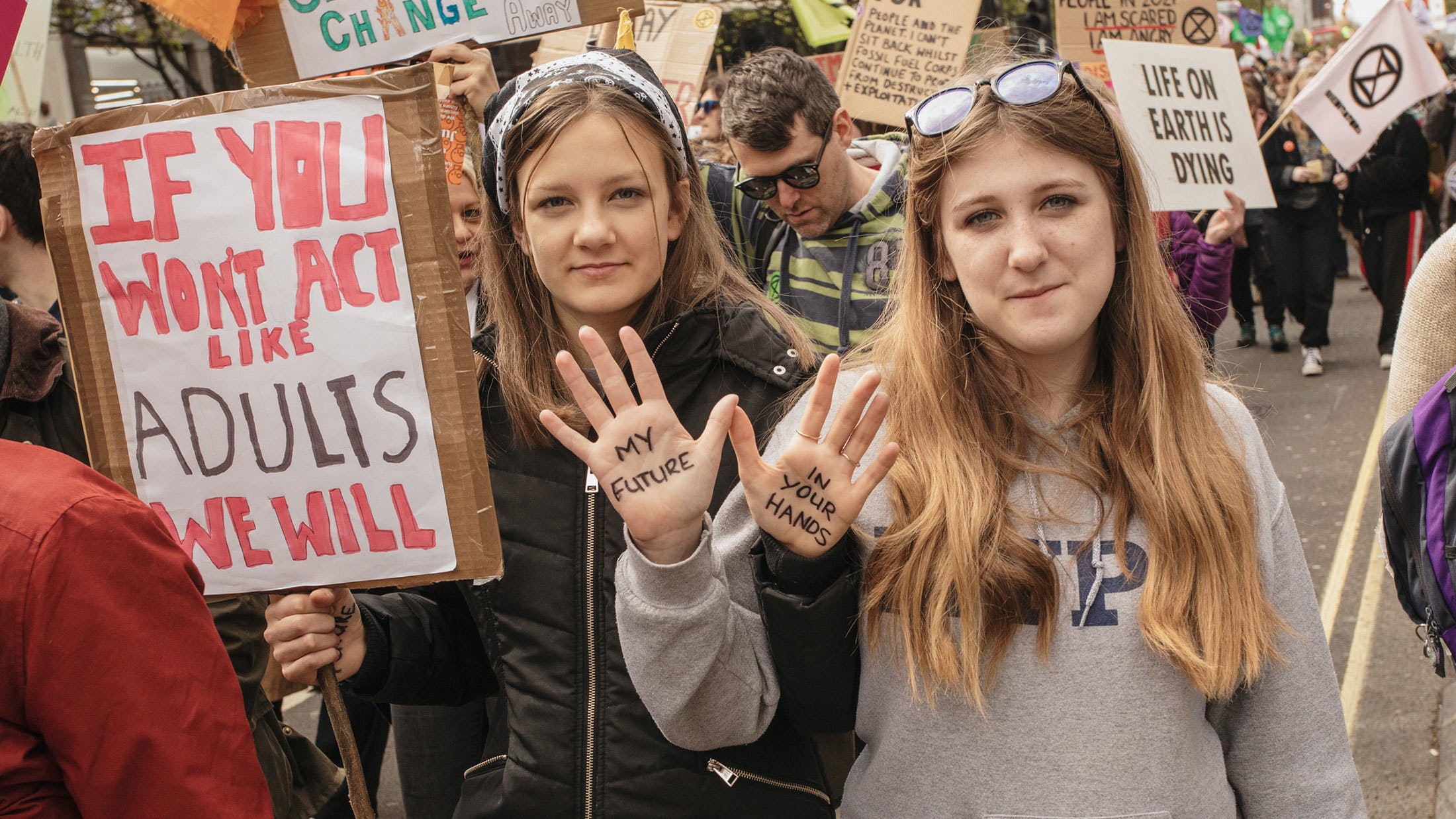 It’s 10am at Speakers’ Corner in Hyde Park, London and several thousand people are already gathered; many waving handmade flags to the soundtrack of pounding drums. A couple of tents have popped up under the trees, inviting people to print their own patches and personalise placards to succinctly describe why they are here. Some have turned up for their children, their grandchildren, and others for all living things – including one woman with her pet rabbit in a basket strapped to her chest.

Several people in blue and yellow high vis break off to lead workshops for newcomers, such as how to respond to the police if they threaten arrest, how the police will carry you off if you refuse to move, and who to call once you have been arrested. All the while, Piers Corbyn skulks around the fringes of the crowd. What’s going on? Of course, Extinction Rebellion are back in town…

For the uninitiated, Extinction Rebellion is a global movement of environmental activists demanding immediate change to the world’s climate policies. Small factions of XR stage demonstrations all year round – from Animal Rebellion blockading McDonalds’s suppliers to Money Rebellion breaking windows at Barclays HQ.

But the group gets most of their attention (and subsequent notoriety) from their mass week-long demos that shut down major parts of capital cities. Their usual tactic is to get as many protestors as possible to sit in or occupy the roads, with those willing to be arrested being detained in vast numbers to clog up the legal system.

The first demo of this new wave started gathering steam at Hyde Park before thousands of protestors marched through central London. Then, they staged a sit-in on London's busy shopping areas of Oxford Street and Regent Street, and finally Extinction Rebellion shut down the Trafalgar Square roundabout for a series of speeches, free food and, naturally, a huge drum circle.

More demonstrations are planned throughout London in the coming days. Here's a glimpse of what it was like on the ground at the dawning of a new XR mass protest.

Swipe through the galleries for more images.

For more information on Extinction Rebellion visit their official website.