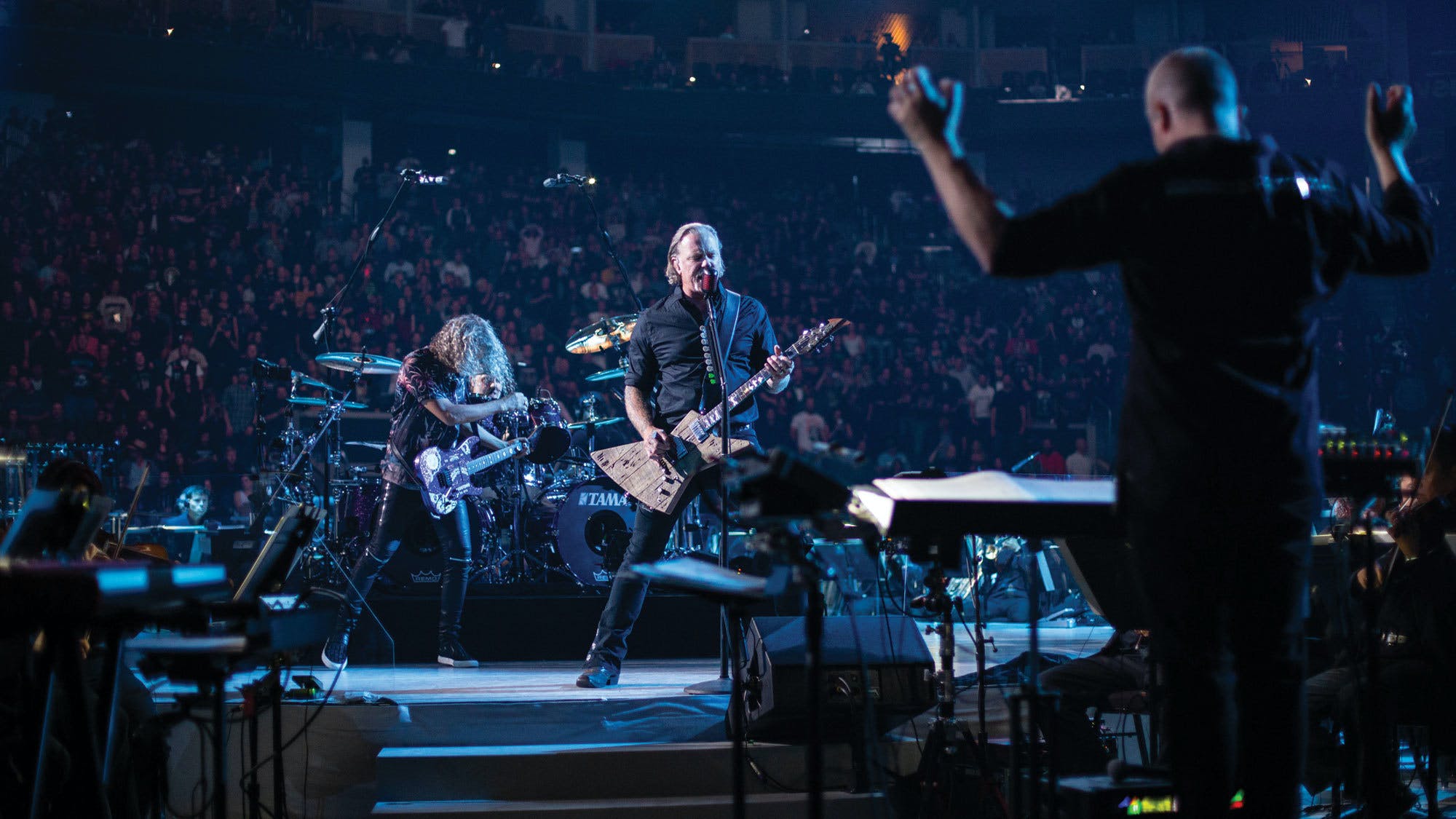 Didn't make it to San Francisco to see Metallica's incredible S&M2 performance? Well don't worry, we've got a special gallery of the night itself to feast your eyes on.

Taking place at the newly-opened Chase Center, Metallica and the San Francisco Symphony joined forces to celebrate the collision of classical music with heavy metal. Taking place 20 years after Metallica's initial S&M shows, the two-part evening included symphonic versions of For Whom The Bell Tolls, The Unforgiven III, Master Of Puppets, Moth Into Flame and much more. There was even a double-bass version of (Anesthesia) Pulling Teeth!

The two S&M shows were recorded for a feature-length concert movie, which will be screened at cinemas around the world on October 9 for one night only. Get your tickets here.

But if you can't wait that long, Kerrang! will be holding a private screening of the film for 100 lucky fans at a central London location on the evening on Saturday, October 5. Kerrang! Editor Sam Coare will be hosing the event, which will allow you to be among the very first people in the world to see the epic new film.

To be in with a chance of winning tickets, please send your name to feedback@kerrang.com along with your answer to this question: In 1999, Metallica performed on S&M show in Europe. Where did it take place?

The competition closes on September 26. Winners will be notified by email.

Now you've entered the competition, have a look at what's in store for S&M2!

READ THIS: The greatest Metallica videos of all time