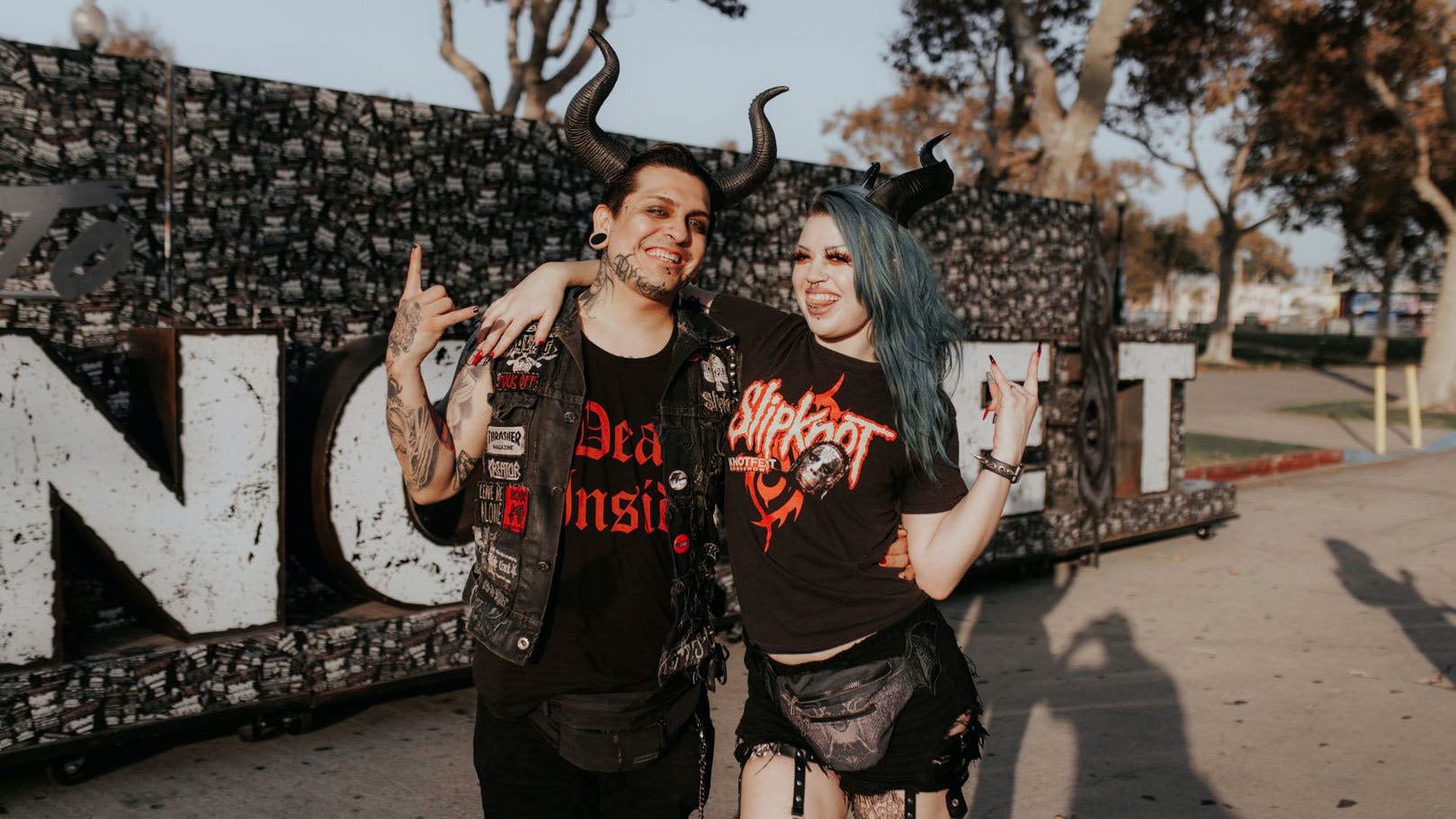 Last weekend, Slipknot roared into Los Angeles for their another epic instalment Knotfest. Headlining the Banc Of California Stadium, the Iowan wrecking machine welcomed Bring Me The Horizon, FEVER 333, Killswitch Engage and Vended for a day of maggots, moshing and masks.

Knotfest LA also saw the live debut of new Slipknot track Chapeltown Rag, their first new music since 2019's 5K-rated We Are Not Your Kind album.

But Slipknot's fandom runs deeper than metalheads who latch on to their latest single, for over 20 years the boiler-suited behemoths have pushed every envelope, broken every rule and bulldozed through every barrier, with legions of followers worshipping at their splintered altar.

Here are just a few of the maggots who made it out to Knotfest LA. Can you spot yourself?