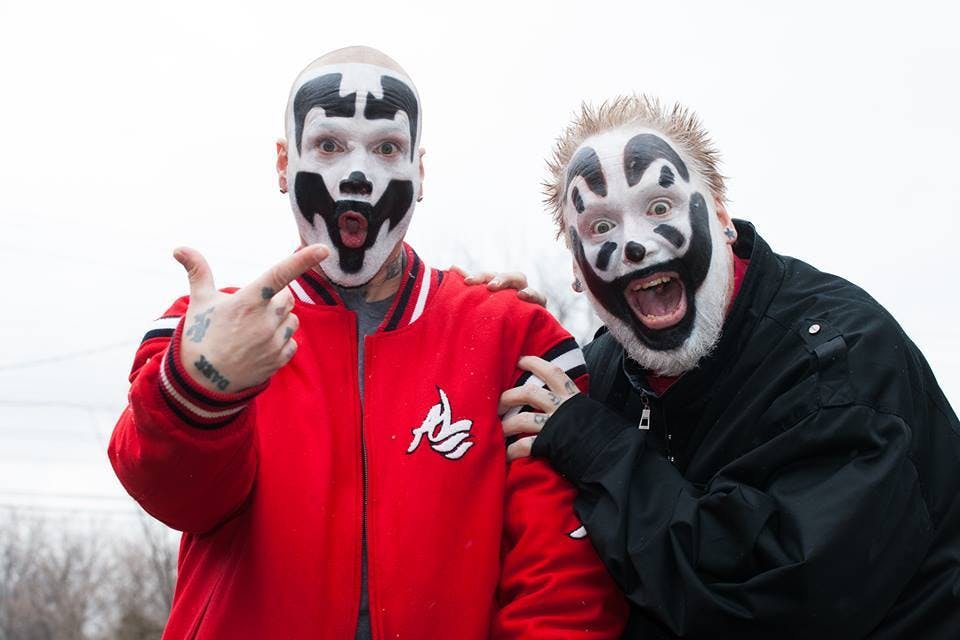 File this under You Couldn’t Make It Up; but also, You Probably Wouldn’t Want To Be Amongst It When It Happens.

A planned pro-Trump march in Washington DC next month, set for September 16, could run into some colourful trouble. The city is already hosting the Juggalo March, a gathering of Insane Clown Posse fans who’ve taken the Detroit duo’s rap-rock rhymes to heart to the extent where they see the band as… Hmm, how to say this? Inspiring, above and beyond many other societal and cultural influences. Let’s go with that.

The Juggalo March’s website describes the upcoming action as “a collective statement from the Juggalo Family to the world about what we are and what we are not”. ICP fans who follow the pair’s face-painted lead, through music and spirituality and more, are upset that the FBI has classified Juggalos – the collective term for these most hardcore of ICP fans – as a gang.

Watch Insane Clown Posse’s Juggalo Island below, if you need a little context here. I mean, what if they had their own island, huh?

Well, let’s hope there’s no actual violence, please. There’s been enough of that. And also: please sub your copy before submitting it for the world to see (maybe all that makeup gets in your eyes real bad, IDK). Say what you want about the moral value of the Juggalo March at a time when millions of people in the US are treated like second-class citizens because of their beliefs, political allegiances or skin colour, but the consensus seems to be that this crowd, it’s not all that bad.

Which maybe isn’t something you’d say about pro-Trump sorts. That’s your prerogative. But it’ll certainly be interesting to watch, from afar, what happens when the Juggalo March (potentially) intersects with what’s promised to be “The Woodstock of American Rallies”, a march in support of a President currently polling almost unprecedented depths of public dissatisfaction.

Could common ground be found? Is ICP rapper Violent J a card-carrying Republican in disguise? Probably not, but, stranger things have happened. Like seeing a white supremacist sympathiser in the White House.

18 of the most evil songs that aren’t metal

Sick of distortion? Too hungover for blastbeats? Here’s a list of tracks as fiendish and twisted as any metal song…

At least everyone at the show got their money's worth.

A Brief History Of Clowns In Rock

Sorry Coulrophobics, you might want to look away now…

Insane Clown Posse And Their Juggalos March On Washington