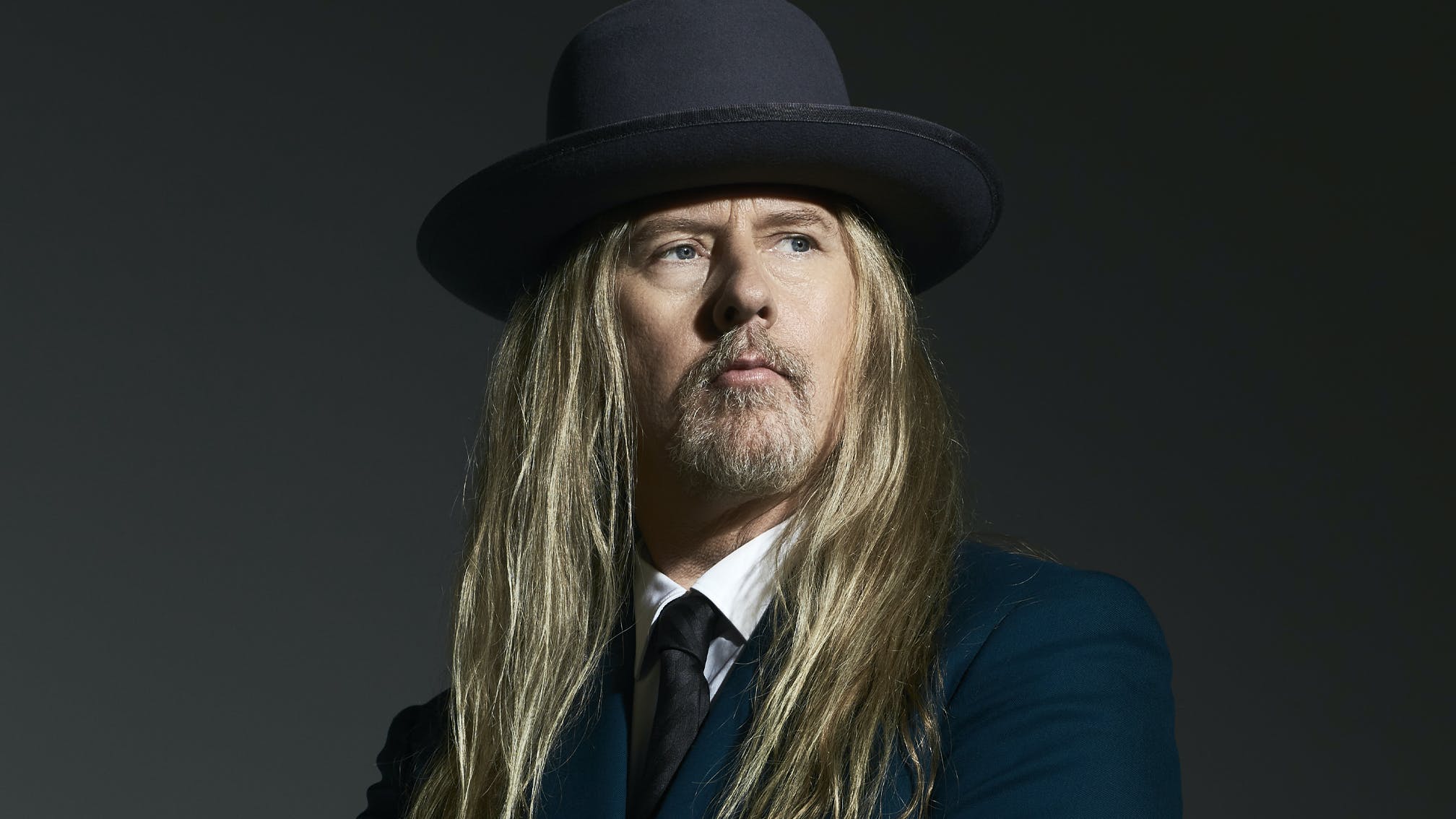 When Kerrang! sat down with Jerry Cantrell for a career-spanning interview in July 2018, there was naturally a lot to ask the guitar hero and Alice In Chains co-founder. Chief among lines of inquiry, of course, was whether he’d be making another solo record anytime soon. It was a natural thing to wonder given the brilliance of his first two efforts, Boggy Depot and Degradation Trip, but especially because the latter record had been released way back in 2002. “While I’m able to do this, it wouldn’t be good business to do a solo record,” he said of prioritising the band that made him famous, which was enjoying a second life with the addition of vocalist William DuVall. “I’m sure at some point I’ll do more of that.”

Three years on and with Alice In Chains having completed their touring cycle for sixth album Rainier Fog, that point has arrived in the form of Atone. This new single, an epic country-tinged stomp complete with Jerry’s trademark haunting melodies, is the first taste (and opening song) from forthcoming third solo album, Brighten.

As well as eight original songs, Brighten concludes with a cover of the Elton John classic Goodbye, the closing track from his 1971 album Madman Across The Water and one of Jerry’s all-time favourites from an artist who had a pivotal influence upon his life. “Elton John and Fleetwood Mac hit me right off the bat when I was 10 or so,” Jerry said in 2018. “I remember getting the bug and thinking: ‘I want to do that.’” Elton, of course, was no stranger to Jerry’s music, having played piano to the title-track of Alice In Chains’ fourth album, Black Gives Way To Blue. “Walking into that studio and seeing his piano with my music on it was a real ‘Oh my God’ moment,” Jerry recalled of the honour.

“I’m really happy that we’re here,” Jerry says now of sharing new music with the world and our emergence from the COVID-19 pandemic. “We’re heading in a better direction as a planet and looking forward to dropping some tunes.”

How did you know it was time to do another solo record?
“The two [solo] records I was able to make at the turn of the century, to quote the Bee Gees, were in a period when [Alice In Chains] weren’t doing a lot as a band, so I had the opportunity. When we re-established the band, we were able to do another three records and plough some new ground, and that was a full time gig for me and a worthwhile effort. What works for [Alice In Chains] is a three-year cycle – a year making the record and a couple of years touring it – and after being with each other for every moment of every day for three years, we like to take a little break from one another, which provides a nice healthy little space. I started thinking about doing another [solo] record as it had been a long time, so I started toying with the idea. When we were done with the Rainier Fog tour, I started spending more time with my neighbour Tyler Bates, along with my long-time engineer Paul Figueroa, who also co-produced.

“We started demoing stuff and digging through the files of ideas I’ve had. That’s a pretty normal process for me – I’ll catalogue for a couple of years and then when it’s time to write I’ll sift through all that stuff, while also coming up with stuff on the fly. We started coming up with some cool stuff in March 2020, with a couple of tunes I always thought were really special songs but they weren’t right for what I was working on at the time and thought could be for something else, or they just weren’t in the shape of what they needed to be.”

You’ve described Atone as a track that’s haunted you for 20 years. How would you describe the process of finally being able to exorcise it?
“Every single record that Alice In Chains have ever done, even the first one [1990’s Facelift], started as songs that ran through my brain for years and finally got to a point where they made sense. There are always one or two songs on every record that have been kicking around for longer than others. Atone is probably the oldest idea on the record. I remember coming up with it in the mid-’90s. There is a demo from around that time of the general idea, which is pretty close to what the song is now, although some of it has been tweaked. The only lyrical component that was kept from back then, though, was the chorus. The good news is, I’ve been lucky enough to have an ear for when [a piece of music] is important or really good. If it strikes me that way, I can infer from experience that if it’s hitting me that way it’ll probably hit a few other people that way too. I don’t give up on things, but the opportunity doesn’t always arise for every good idea to get out.”

What words of introduction would you offer to those listening to Atone now?
“A lot of my writing isn’t straightforward or linear. There are some exceptions, of course, like Rooster and Brother, which are very specifically about my dad and my brother. I generally write in a more collage kind of way, like a Quentin Tarantino movie that jumps around with multiple sections and subjects. I write until it makes sense and it evokes what I’m trying to put out. The thing I was trying to touch upon a little bit here was that idea of how we are to each other – and how sometimes people take a lot more shit than they should fucking have to because they’ve been made to feel they’ve done something wrong when they’re just being themselves. Maybe it’s the theme of being under a curse that’s undeserved. I put ideas like this in a song as it’s the best place I can put them, but when I try to explain it, it ends up being really limiting – and then I have to answer questions on what I said for about a year (laughs).”

How representative is Atone of the rest of Brighten?
“There’s another song on the record that’s completely different to Atone but I feel that they’re related. Both songs have a real spaghetti western vibe to them – that Sergio Leone, Ennio Morricone flavour – which I didn’t intend, but when I hear them it feels like I’m watching a Clint Eastwood movie. They both have a bit of that outlaw vibe. On this record in general, there’s a lot of influence from the stuff I grew up listening to, like classic rock and singer-songwriter stuff of the ’60s, ’70s and even some of the ’80s. I also used a lot of voices and instruments that I don’t traditionally use in a heavy way and it’s really fucking cool.”

The song Maybe from Rainier Fog had a ’70s vibe to it, so it appears you’ve followed that trail of influence on Brighten. You’ve also emulated the loose line-up of collaborators many bands had in the ’70s – is that because of playing with the same guys for the past few years?
“Absolutely – and I think it was critical. I got to play with a really cool group of musicians, the majority of which were introduced to me – with the exception of Duff, who I’ve known forever, and [drummer] Gil Sharone, who I’d done a song with [A Job To Do] for the second John Wick film. I did a couple of shows in LA [at Pico Union Project in December 2019] before everything shut down and the core of that band are the performers on this record, with a few additions to the project like [Tool producer] Joe Barresi, who I asked to mix the album. It was Joe who suggested we treat it like a ’70s record, with a bunch of different feels on it. So while Gil cut the record, we got other players too, like Abe Laboriel Jr., because we thought a couple of the songs spoke a little more to his style.”

Greg Puciato sings backing vocals on this record. How did you find out your voices worked well together, considering how important melodic chemistry has been to your career?
“Greg and Gil had obviously been in The Dillinger Escape Plan together; I met Greg at those shows in LA and we’ve become really good friends. Harmony is obviously really important to me. I write for two voices and our voices fit together really nicely. Greg is like Layne [Staley] and William in the respect that he’s got more firepower [vocally] than I do. My voice is a bit more smooth and clean, and sounds best when it’s paired up with someone who’s got a bit more fucking edge and power – and Greg certainly has that. His addition on this record was really great.”

How was it reconnecting with your old solo material during those shows in LA? Inspirational? Emotional? Strange?
“It wasn’t strange because they’re my songs. I hadn’t played them in a very long time because when I’m on the road with Alice, I’m not going to make the guys play my solo tunes (laughs). Doing the shows was cool, as it was this low-key thing and a lot of fun. That was right when I was thinking of doing this record, so it was a helpful step closer to that. Being in that environment where everything was new and completely fresh was great. The majority of the musicians didn’t really know each other that well but were there to get together and play, so we let the power of the music carry us. I look forward to doing that again when we can.”

When do you think we can expect to see shows like that from you again?
“This record has been in the process for a while, so some of the decisions I had to make about release and tour dates were predicated on what’s happening with the pandemic, so we made those calls to take a cautious approach. There probably won’t be a whole bunch of touring or shows this year, but we might figure out something to do here and there. Early next year we’ll hopefully be on the road supporting the record, playing stuff from all three [solo records], plus my whole career.”

Brighten is set to be released on October 29.