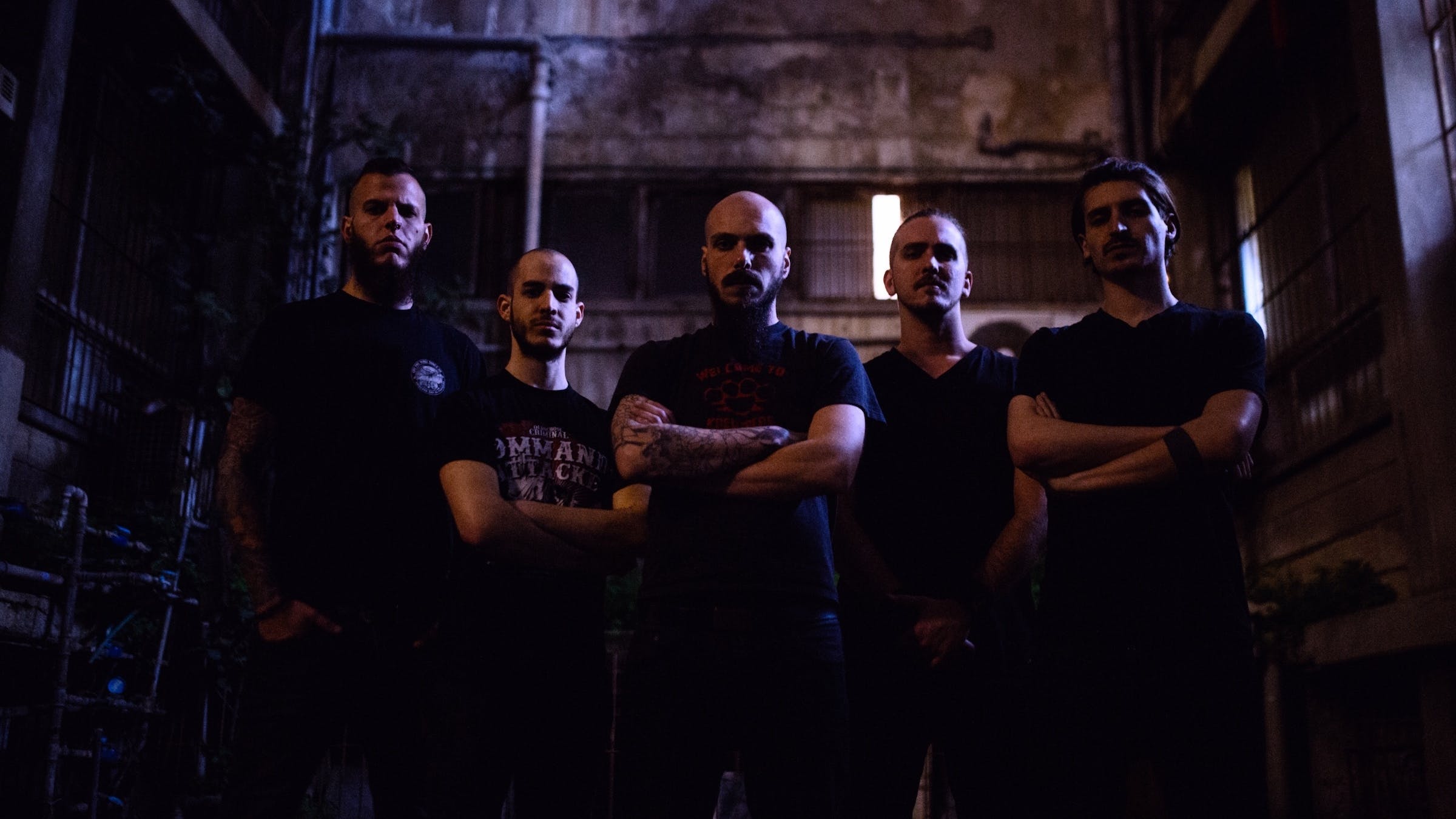 One doesn't immediately think of Israel when considering the future home of thrash metal, but Shredhead is here to show the world what's up. The Modi'in-based quintet play the kind of crunchy, all-fists thrash that one would normally expect to find in Queens or Sweden. Then again, the band's journey hasn't been an entirely easy one -- two of their members served in separate intelligence units of the Israeli army, and they all make loud, brutal music despite pressure from their strict Israeli families. So though they may not come from one of thrash's hallowed breeding grounds, Shredhead are still dealing with the same trials and tribulations as plenty of other metalheads.

Their latest video for their track Unmarked shows off this relatable side of the band (well, as relatable as touring Japan in support of Devildriver can be). Sure, much of the footage featured therein shows the dudes destroying Japanese stages night after night, but it also shows them playing insane arcade games and smiling goofily while meeting their fans. It's a humanizing look into the band's collective life, coupled with music and performances that sound and feel like a building being leveled.

Describing the band's Japanese outing, frontman Aharon Ragoza says, "[Japan] was a trip right out of a feverish dream. A powerful experience with a powerful audience that made me want to go above and beyond what I knew possible. With great hospitality and a professional crew, this tour poured fuel into our engine and with it we are powerful as ever."

"Japanese people are just amazing," adds drummer Roee Kahana. "Everyone was so kind and they were an excellent audience! I walked the streets of each city so happy to be there, Japan is really far from anything I've ever seen! The whole tour was filled with amazing bands and crew and I really couldn't ask for anything more for first time in Japan!"

Check out our exclusive stream of Shredhead's video for Unmarked below:

Shredhead's latest, Live Unholy, is available now from Legend Recordings. The band will throw an album release show on 7/27 at the Barby Club in Tel Avi, if you're in the area and want to lose your shit.