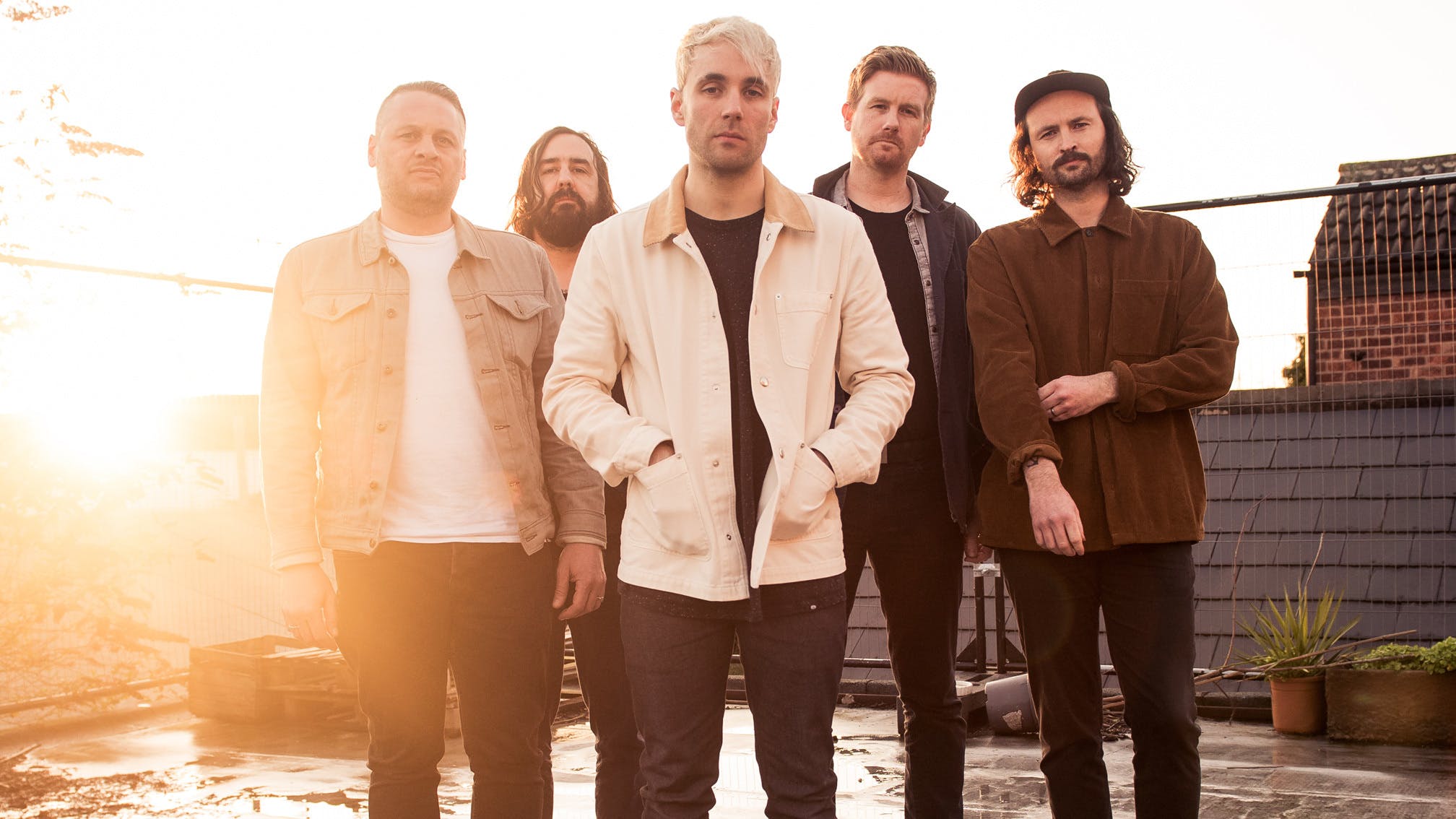 It's been a long time coming, but finally Lonely The Brave have unveiled their highly-anticipated first single with frontman Jack Bennett.

The vocalist joined the Cambridge group back in 2018, and following several UK shows both that year and in 2019 with Jack finding his feet within the band, the quintet have now unveiled the first slice of new music that they've collectively been working on together.

The stunning new single goes by the name Bound, and is today released via Lonely The Brave's new partnership with Easy Life Records. Huge!

"'It feels amazing, almost a relief, for us to finally be in a position to share this news," the band say. "A new record deal, a first single back and an album round the corner. We're thankful to be able to release this and hopefully it can be some respite in these dark times.

"It may have appeared we’ve been quiet publicly but it has been quite the opposite behind closed doors," they continue. "We never stopped, slowly but surely working towards a place where we're ready for people to hear what we’ve been working on.

"As soon as we'd demoed Bound we knew it was a contender as our first song in this new era. We like to think that it has elements of what people liked about Lonely The Brave in the first place but also starts to lean in a new direction. What's exciting for us, and hopefully for others is that it's just a taster of what's to come."

Check out Bound below:

Discussing the band's return with Kerrang!, guitarist Mark Trotter explains of why Lonely The Brave chose to lead with Bound as the first material to show fans: "Bound feels like the best channel between old and new in terms of the bands development. It’s a message, not just to those who will be hearing us maybe for the first time, but to those who already know us that we still mean every single note of every song, it sets out our stall and is the first step of moving forwards anew."

Read this next: 15 punk songs to beat the boredom

Of how the process actually came about with regards to new music, Jack adds: "I can’t remember how quick we actually started pulling everything together – but I do remember ideas were coming quickly whilst at any practice. I’d usually set up a room mic or two to see if any vocal melodies jumped out.

"The strange thing is, though we’ve been together' for a while now, we’ve actually only been in a room collectively to record or practice for maybe 20/30 times!" he adds. "With everyone’s schedules, it’s had to be more planned rather than locking ourselves away in a studio for two years but it has also given us a chance to sit with the tracks and develop naturally."

"When Jack joined the band the first thing we did was go through and learn how to play the old songs together," continues guitarist Ross Smithwick. "As soon as we finished the first shows we started writing as often as possible, which wasn’t as often as we’d have hoped, life has a habit of getting in the way!

"It took a little while for us all to get in to the swing of writing again, but once the ideas started to flow they didn’t take long to come together. It was fresh and exciting for us and every new idea was met with a new enthusiasm which we hadn’t felt as a collective for some time."

And of what's to come next following Bound? Well…

"I’m not actually sure what I’m not allowed to say!" jokes Jack. "We’ve got releases, festivals and hopefully our own dates to announce. From this point on, we’re planning to engage regularly – it’s all super-positive right now. With everything going on worldwide, I guess we’re just all hoping it’s a small welcomed distraction for people to grab hold of."

Read this next: The 30 stages of Pearl Jam's evolution

PLUS! Enter Shikari, Bring Me The Horizon, Culture Abuse, Venom Prison, Taking Back Sunday, As It Is and LOADS more!