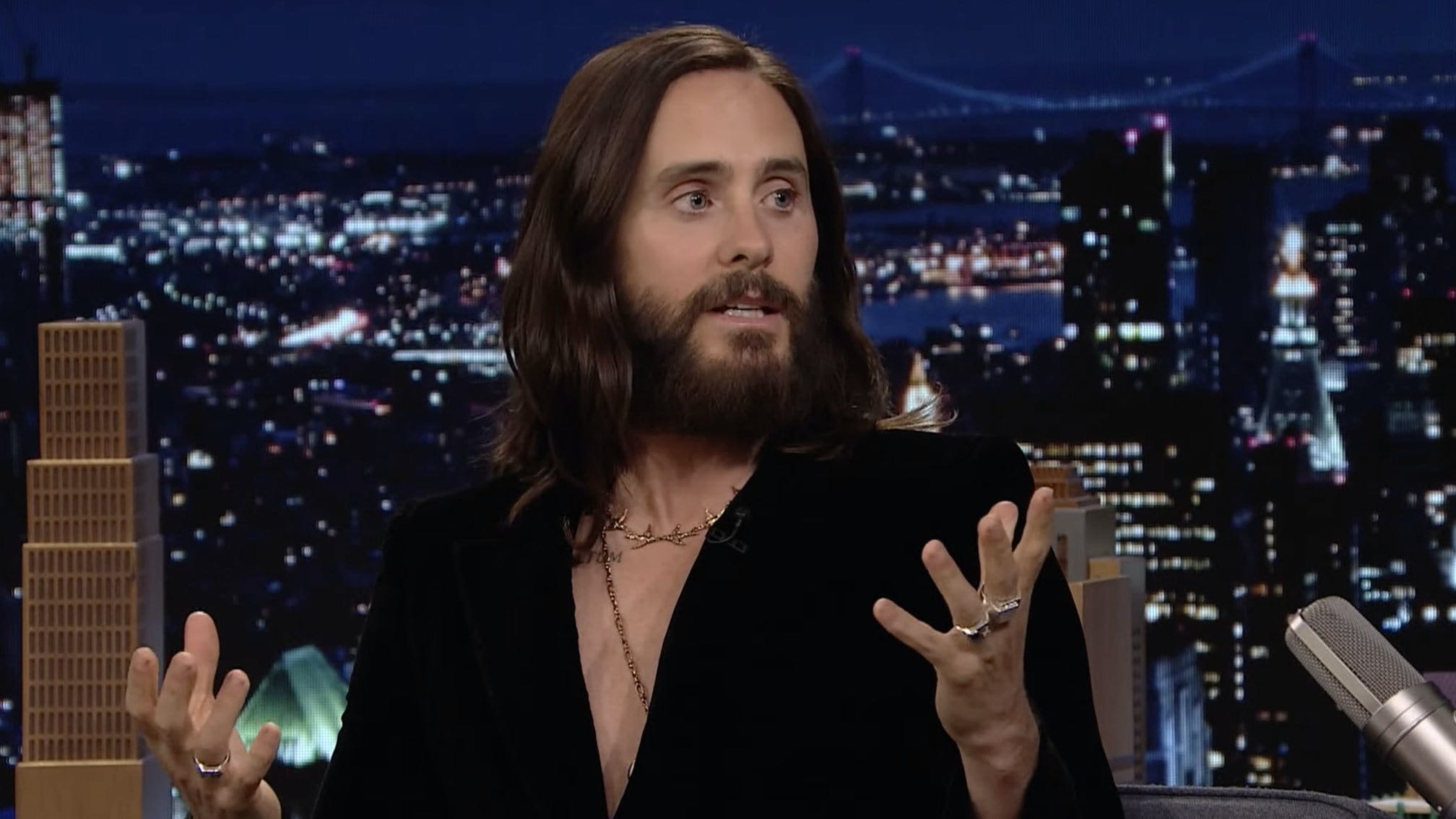 With Sony and Marvel's new film Morbius at long last hitting cinemas following several delays, Jared Leto has shared his excitement at finally bringing the vampiric antihero to the big screen for the first time.

In a new interview on The Tonight Show Starring Jimmy Fallon (watch below), the Thirty Seconds To Mars frontman reveals he had a childhood love of vampires thanks to his grandma, who let him watch the original Dracula as a kid. Ever since, he's been "in love" with them, and as such, he's thrilled to be playing one in a lead role as well as just generally having such a big role in a project such as this.

“This is the first time I’ve ever starred in a big Marvel movie like this and I’m incredibly excited,” Jared enthuses. “It’s the first time that Morbius has ever been on the screen, so that was a big honour to get asked to bring this character to life.”

He also (sort of) addresses the rumours about the Sinister Six, which is a group of Spider-Man supervillains originally consisting of Doctor Octopus, Vulture, Electro, Mysterio, Sandman and Kraven the Hunter, but later including the likes of Morbius and Venom. Jared had sparked conversation about them after wearing a '6' necklace at the Spider-Man: No Way Home premiere, but jokes to Jimmy that, “It was actually meant to be a nine, it just got flipped.” Hmmmm…

In a new interview with Games Radar, director Daniel Espinosa explained Jared's approach to playing Morbius while on set, referring to his reputation as a method actor.

"I almost never saw him getting into the role, it was more that Michael Morbius was on set," he revealed. "The moment he would exit his trailer, it would no longer be Jared Leto, and he would not want to be spoken to as Jared Leto. He's a very committed actor.

"He's right in many ways," Daniel added. "It's hard to hold on to character, so that being it during the whole day gives him a certain kind of freedom. Because, what many people, when they talk about Jared, they talk about the effort and how hard it is. But what's fun with working with Jared is that it's also very light and easy, because he is that person, so he can go anywhere."