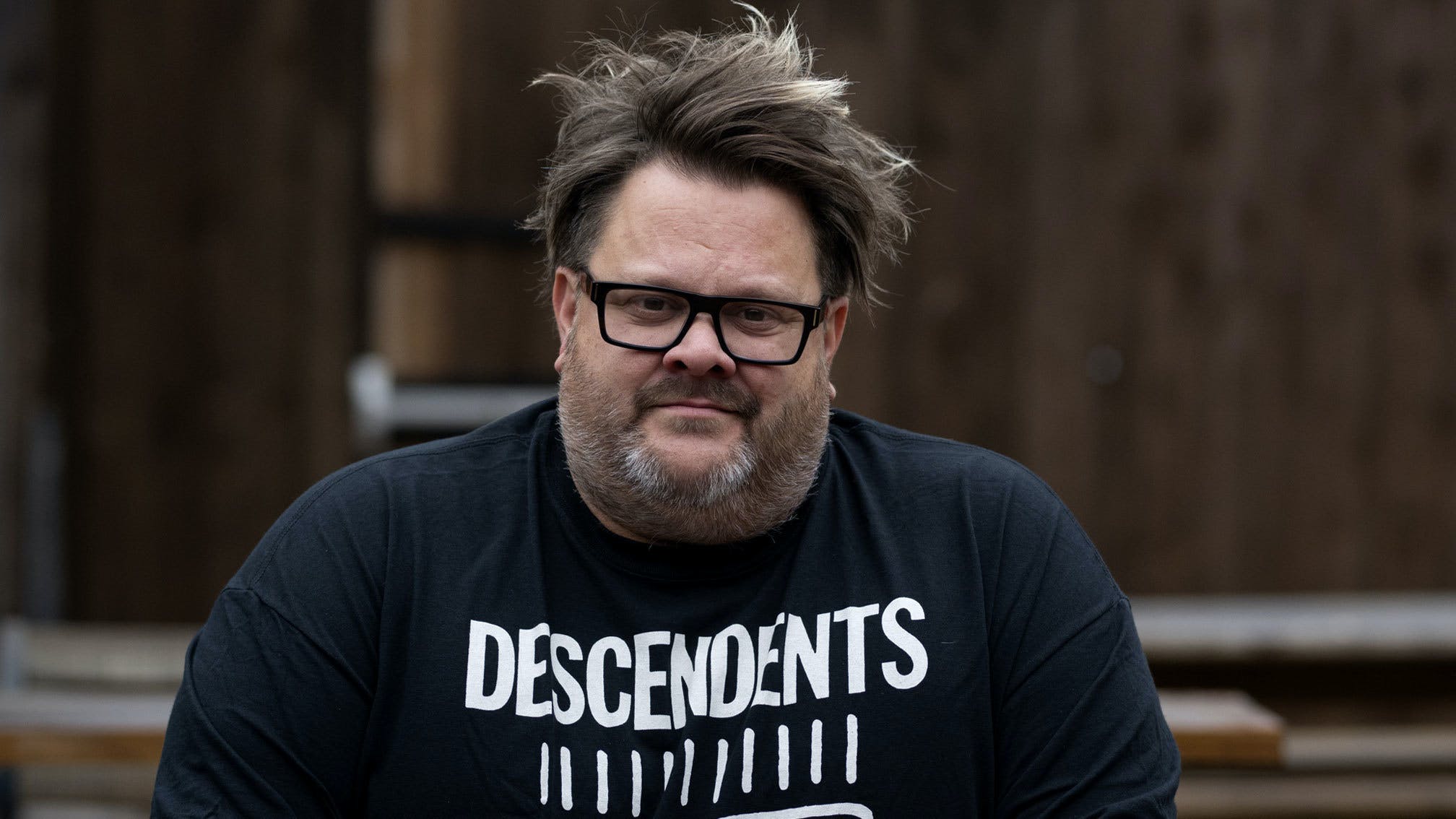 “Punk rock hit me like a boot to the friggin’ face,” Jaret Reddick remembers as he thinks about the gateway drug to his music career. “I was like, ‘This is all I want to do. All I want to do is sing about girls and farts and make people laugh.’”

He’s done a damn good job of that in his near three-decade long career at the helm of Bowling For Soup, proving that silliness and riffs really can go together like strawberries and cream – with a healthy dollop of big heartedness for good measure. That band was, and is, always going to be his first love – “My life is amazing, all because of Bowling For Soup,” Jaret smiles – but in recent years, his mind has also opened up to the idea of doing something a little different. By disrupting his band’s usually heavy touring cycle, the pandemic afforded the singer the time and space to tick off an item that had been on his to-do list for a fair while: making a country album.

Don’t doubt his credentials, though. He’s probably way more country than you, as he professes himself on the album, titled Just Woke Up’s, opening track: ‘I sing in a punk rock band / And I know every word to that Eminem song Stan / And I’ve got about 110 tattoos / But I’m way more country than you.’ In fact, country music has been in Jaret’s life for longer than punk, with the twangs of Randy Rodgers, Willie Nelson and Brad Paisley constantly in the background when he was growing up. He credits his wife for reigniting his passion the genre and introducing him to some of its newer artists who have remained in his heavy rotation ever since.

Switching from punk to country was a surprisingly natural transition. “It was almost like going backwards,” Jaret explains. “All the Bowling For Soup songs that I write in general all start out on acoustic guitar. So when you first hear them just as I’m messing around with them, they all sound country anyway.” It makes a lot of sense, then, that Just Woke Up includes countrified versions of two of Bowling For Soup’s biggest tracks, Ohio (Come Back To Texas) and The Bitch Song, perhaps the closest it’s possible to get to hearing those songs in their earlier drafts – or their “original form”, as Jaret describes.

One of the things Jaret says he loves most about country is its realness, inspiring him to show a different side of himself within his songwriting, as well as a different side of his musical identity. “I write from the heart in Bowling For Soup, but when I do, I’ll usually take it and spin it. I’ll show my feelings but then tell a funny joke so that my heart isn’t exposed,” he reveals. “That’s almost been a wall that I’ve hidden behind. In country, though, you can’t do that, unless you want to be a novelty. And I didn’t want to be a novelty.”

Jaret even shares things in these songs that he had never previously spoken about – particularly on Royal Family, which is more deeply personal than its sweet family-first sentiment implies on the surface. The singer had grown up never knowing his biological father, but had another parental figure in his life who he still calls his dad nonetheless. He discovered he had two sisters he’d never known about, and only met them when he was 46 years old.

Jaret’s newfound comfort with writing more personally, without hiding behind humour, also bled into Bowling For Soup’s new album Pop Drunk Snot Bread, released last Friday. It’s on this record that for the first time in his career, on the gently folksy-turned-punk banger Wouldn’t Change A Thing, Jaret makes reference to his divorce, and still seems surprised at himself that he managed to do so. “I don’t talk about my divorce in songs and shit!” he admits. “Then again, it seemed like a more appropriate time to address it.” These two sides of his songwriting, the silly and serious, come together in breezy harmony on Hello Anxiety, which manages to somehow find a fun side in daily mental health struggles but has a stark candour to it all the same. “I liked the juxtaposition of writing a happy song about this horrible thing that I have to take medicine for and talk to people about.”

Jaret hasn’t always felt ready to be so open about the struggles with anxiety and depression he has faced since his late 30s, at one point expressing a concern to his publicist that every interview he would do would be about mental health. He later realised the issue was too important to stay quiet on, particularly after the passing of Chester Bennington. People wanted – and needed – to have conversations about anxiety and depression and everything in between, and as Jaret identifies himself (“It’s such an epidemic in my line of work”), how can the matter be avoided when mental health problems are so rampant in the music industry? He’s now open to being asked anything about mental health in interviews. “I like for people to hear me talk about it, so people don’t feel alone in it.”

Of course, away from more serious topics there’s still a silly, simple joy to be found within the rest of Pop Drunk Snot Bread, with songs about daydreams of being Brad Pitt, the tiny annoyances in life that crop up as you age, from loud music to staying up past 9pm, and a pre-programmed pee break interlude, for fans with weak bladders. At its core, though, it’s reflective and celebratory, witnessing Jaret look back on nearly 30 years of pop-punk fun, still in disbelief at his luck in making the band enough of a success to get to drink beer on every continent. The time he and his bandmates – guitarist Chris Burney, drummer Gary Wiseman and new addition on bassist Rob Felicetti – spent away from each other gave them a new appreciation for each other’s company, and eventually caused them to change tack regarding their future. Despite deciding to stop releasing albums and become a ‘singles band’, the need to have something bigger to bring them back together was just too pressing, especially since they’d been reminded of the joy of making music together all over again.

It's why, even with his burgeoning country side-project, Jaret will always choose Bowling For Soup over anything else. “I liked opening the album with a song that says, ‘We’re the greatest of all time,’” he concludes. “I do feel like we are. This band is the best thing I’ve ever done, other than making kids.”

Just Woke Up and Pop Drunk Snot Bread are out now.