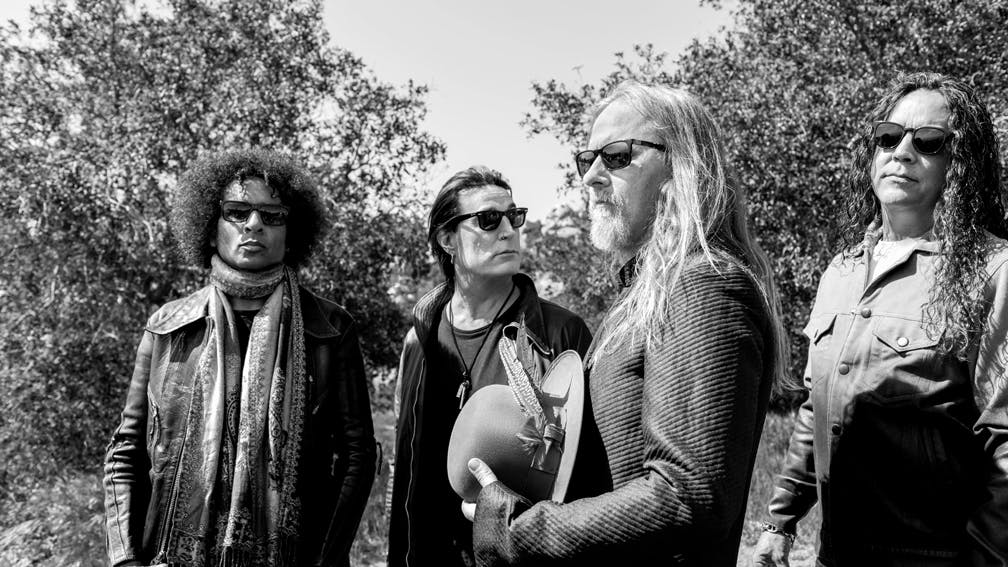 Alice In Chains frontman Jerry Cantrell has told Kerrang! about the first time he encountered late Pantera guitarist Dimebag Darrell and his brother, Vinnie Paul, who passed away in June.

“They were exactly the same as they were the day they both died – so much fun," he explains. "In Dallas, I’d hang out in clubs and watch shows, and I caught Pantera playing in this little bar. It was when they still had Terry Glaze singing with them and they were so fucking cool. I remember watching Dime [‘bag Darrell] play, and he was something else. We were the same age, but he was light years ahead of where I was."

"After the show, I spoke to him and we had an instant connection," he adds. "This was two years before I’d even met my own band. It was cool too that Alice In Chains and Pantera hit it big at about the same time.”

The guitarist made a recent visit to the brothers' graves to pay his respects.

"Last stop out of town for Thanksgiving," who wrote in a post on Instagram. "Dropped by to pay my respects to two of my closest friends Vinnie and Dime. Left some yellow roses, poured Vinnie a shot of vodka, Dime a shot of Crown, and I had a double shot myself. The world is emptier without you in it but so much richer because you were. I am grateful to have known you both as well as I did and that you left such a crushing musical legacy behind for us all that lives on. RE-SPECT!"

You can read the full interview in this week's Kerrang!, on sale Wednesday, November 28.