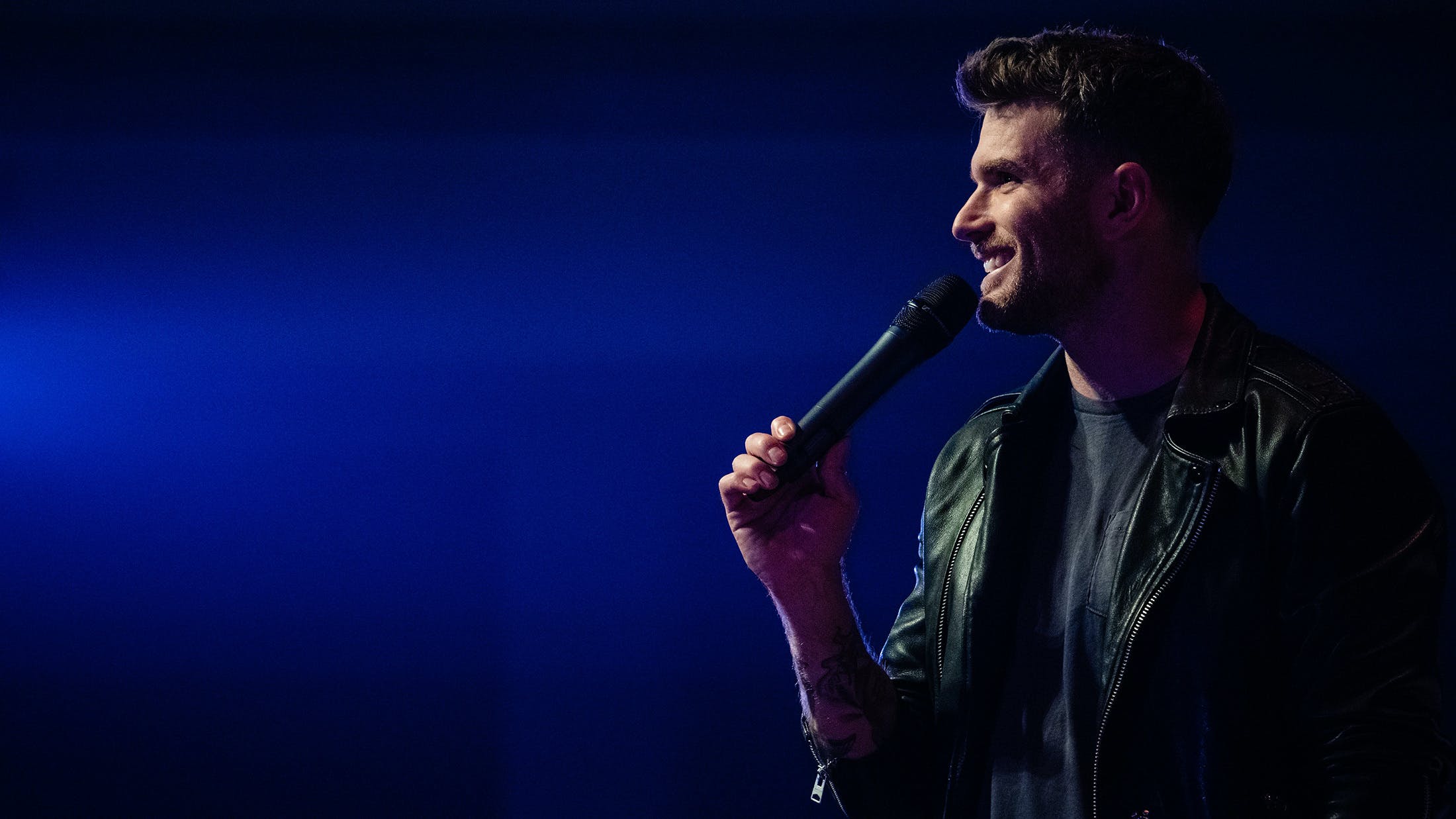 Joel Dommett loves nu-metal. Loves it. So much so that he wrote an entire stand-up show – cleverly titled Finding Emo – about reforming his teenage band to perform Papa Roach's iconic Last Resort one last time.

He's also – like all good people on the planet – a fan of Kerrang! magazine, getting very excited that All Time Low were on the cover of a recent issue as he had just interviewed them for his podcast.

"I still get excited talking to people who are in Kerrang! magazine because I used to buy Kerrang! magazine every single week," he tells us today. "I had a Saturday job when I was 15 in a pet shop and at a lunchtime she’d let me go get fish and chips and buy Kerrang!. That was my thing. My favourite magazine of all time – I bloody love it."

“The first song I ever heard was probably from my mum, and her musical taste was powerful women. It was all Cyndi Lauper, Bette Midler and Alanis Morissette. As soon as I hear Alanis it takes me back to sitting in the car on way back from Legoland Windsor. My mum put it on, and when Alanis Morrisette said ‘chickenshit’ I lost my mind.”

The song that reminds me of school...

“I remember thinking, ‘Oh, this is a song that speaks to me!’ (laughs) There’s the video with the fish-eye lens, and you’re like, ‘I wish I was in that audience so bad.’ I used to watch Kerrang! TV and wait for that video, then when it came on I’d switch to Scuzz and wait for it again, then go back to Kerrang!. It was the best.”

The song that turned me on to rock music…

“My gateway drug to it all was Led Zeppelin. My dad gave me a Led Zeppelin BBC Sessions CD – that was his way of gifting me with the music that he listened to – and I got into it through that. I then started listening to Machine Head, Green Day, Korn and stuff like that. I was listening to Zeppelin again recently and it was like, ‘Fucking hell, these songs are mental.’ The songs are eight minutes, doesn’t really have a chorus, it’s got a solo for three-minutes... It’s mad.”

The best song to work out to...

“I listen to Slipknot’s self-titled album and it’s the best album to squat to. Straight away from when it comes on, you’re in the zone. It’s so fast and vicious, I love it. For the first marathon I did, I tried listening to Slipknot, but I had to turn it off after 12 miles because it was just too intense (laughs).”

The first song I ever moshed to…

The song that reminds me of my first heartbreak…

“It’s a real slow song. I remember playing it because I wasn’t feeling sad enough – I was such an emo that I wanted to feel more sad. I put this on because I thought it would make me more sad: 'I’d like to be more emotional, please!' There was one point where I thought about getting lyrics from the song tattooed on my body, but I’m very glad I didn’t.”

“Everyone knows all the words, everyone sings along, it’s so good – it's surprisingly high by the end and quite difficult to sing. I just really go for karaoke, I love it. You’ve got to go straight in, first song, just do it and set the bar low. Go in, be shit, then everyone else goes, ‘Oh it’s okay, we can be really shit.’ There’s nothing worse than someone who’s good at karaoke, it’s horrendous.”

The first song that I stick on at a party…

“That’s getting the party started. I’d love to say something that I really like now, but if I have a party and put Architects on, half my friends will ask for it to be turned off. Limp Bizkit appeal to quite a wide market and everyone takes it in the irony that you’re supposed to now. Wes Borland is still the coolest man in the world. James Acaster and I went to see them at Brixton Academy [on the Kerrang! Tour] and he had a Hawaiian skirt and Tiki bar – it was mad. It’s like he’s in a different band. He’s my hero: everyone should be more Wes Borland.”

The song that lifts me up when I’m down…

“I find really heavy songs make me really happy. When my wife listens to it, she’s like, ‘How can you listen to this stuff? You must be so sad and angry.’ But when I listen to something really heavy it brightens up my day. Architects’ latest album is so good and this is my favourite song. Heavy music might mirror your anger and frustration, and that lets you feel happier. It’s almost like listening to someone more angry than you makes you feel more happy.”

The song I want played at my funeral…

“It’s the perfect funeral song. When you find a band who are the perfect level of melodic, heavy, anthemic… and Sam’s voice is so good. There’s such a wide range of rock music, but every now and again you’re like, ‘This is my new favourite band.’ I feel like it’s made perfectly for me and my tastes.”