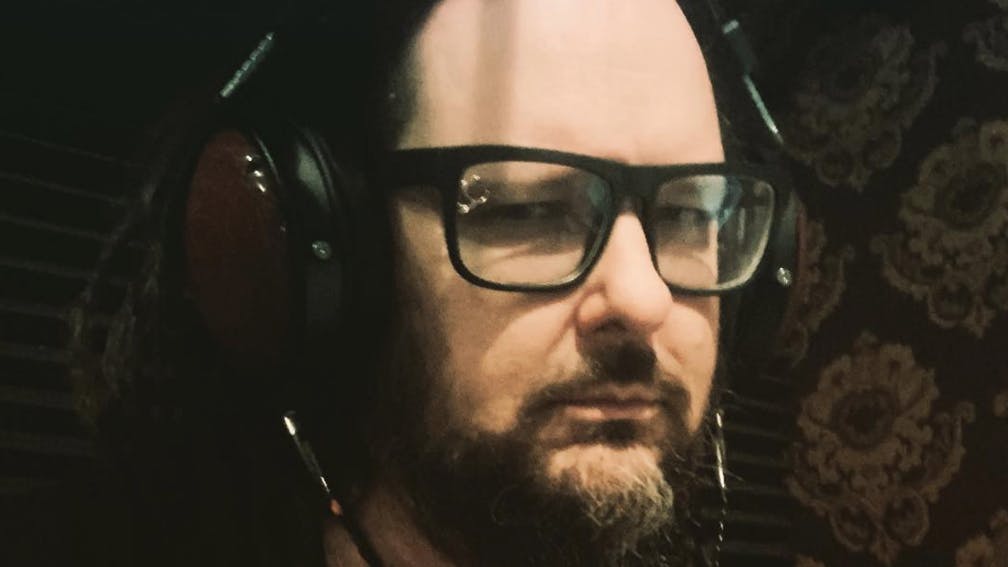 Following on from the news that Korn have been working with blink-182's Travis Barker and mega-producer John Feldmann on their forthcoming 13th album, frontman Jonathan Davis has confirmed he's now currently recording vocals for the record.

"I want to thank you all for your kind words over the last couple months what I’m going thru has not been easy by any means," the vocalist posted on Instagram, referring to the tragic death of his wife, Deven. "You all helped make the pain bearable. In return I promise to give you my all on this amazing new @korn_official record we all can heal together. #recordingvocals"

This past December, guitarist Brian 'Head' Welch told Consequence Of Sound: “At this time, guitars aren’t finished, and I don’t know if we’re done writing. We’ve written a lot, but I’m not sure if we’re done writing yet. Bass is not done. Most of the drums are done on the songs we have, and a little bit of vocals have been worked on.”

Presumably, then, given that vocals are typically recorded last during the album process, either Korn have made a ton of progress in the past month in regards to writing and instrumentation, or they're changing the formula up on this record…

Either way, we should hopefully hear the final results towards the end of the year.