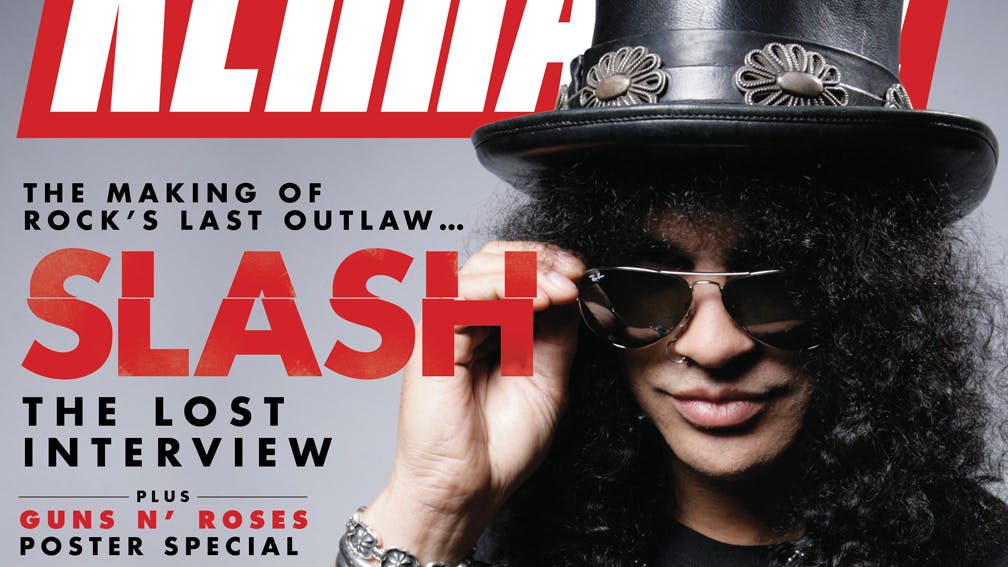 Before there was Slash, there was Saul Hudson. And before there was the iconic, all-conquering rock god, there was the ordinary person who suddenly had the world at his feet. Ahead of Guns N’ Roses’ return to the UK this summer, Kerrang!’s Sylvie Simmons takes us back to 1991, unearthing a lost interview that reveals the man behind the many myths…

Elsewhere in the mag, Korn's Jonathan Davis takes us inside his long-awaited solo album Black Labyrinth; Nergal discusses Behemoth, being hated, what's gonna go on his gravestone and all the good stuff; Danny Worsnop has a couple of drinks and reminisces over a decade of decadence with Asking Alexandria; and Palm Reader reveal how being an independent band almost swallowed them whole…

In the reviews section, Danish blackgaze quintet MØL use glacial beauty and caustic fury to dazzle and darken on their awesome debut album, Black Stone Cherry prove there's still no place like home, Evanescence go orchestral in the Midlands, and The Wonder Years launch Sister Cities with a sell-out gig in the capital.

There's also a Guns N' Roses poster special… because, y'know, you can never have too much Slash.

The new issue of Kerrang! is available anywhere in the world when you order online through Newsstand. But for UK residents, it hits the shops on Wednesday, April 18 from all good newsagents.