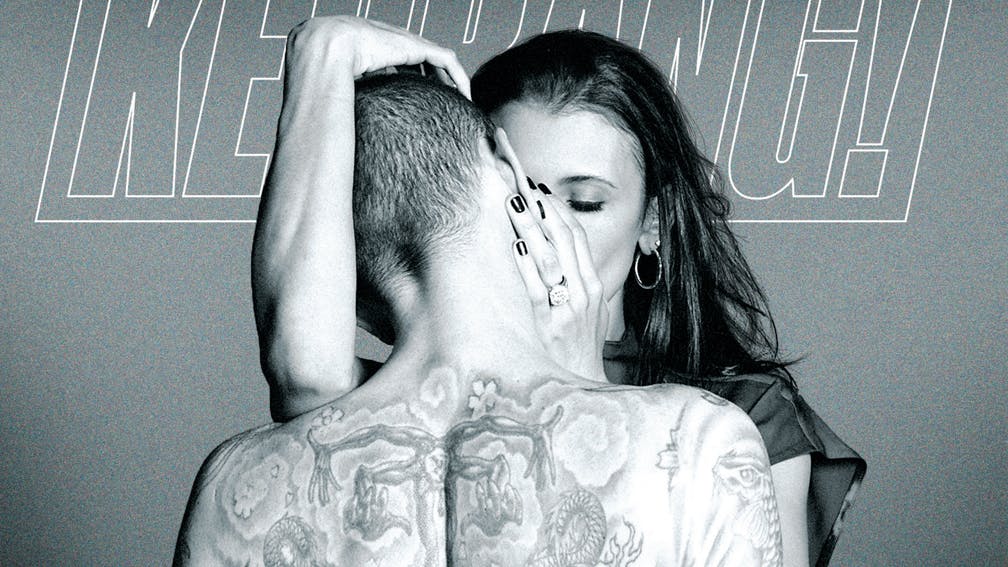 Twelve months on, the loss of Chester Bennington still resonates with millions around the world. To mark the anniversary of his death, Chester’s wife Talinda Bennington, mother Susan Eubanks and sister Tobi Knehr speak for the first time of their love and loss – and why his tragic passing must forever inform and change our conversations around mental health…

This week's issue also comes with a beautiful commemorative Chester art print: K! Art Editor Steve Beech has produced an original piece based on photography by Paul Harries, which adorned the cover of Kerrang! last July.

Elsewhere in the mag, Alex Gaskarth explains why All Time Low are ditching albums and putting out music whenever the mood strikes, while Lamb Of God's Randy Blythe takes a look at how plastic is destroying our oceans, and Myles Kennedy reveals how – despite having two left feet – music has helped guide him through life. On top of that, Bury Tomorrow spread the fire of their new album Black Flame, and Glenn Danzig talks us through his career.

In the reviews section, meanwhile, System Of A Down guitarist Daron Malakian revives his Scars On Broadway project, with decidedly mixed results, and Trash Boat grow up on their emotionally-bracing second album. Kerrang! also head to Belgium to watch Nine Inch Nails, Pearl Jam, Queens Of The Stone Age, PVRIS and more at Rock Werchter, and Turnstile put sweat, sweat and more sweat into their packed London gig.

We've also got some ace posters for your walls: Bury Tomorrow, Deaf Havana, Panic! At The Disco, Foo Fighters and Boston Manor!

The new issue of Kerrang! is available anywhere in the world when you order online through Newsstand. But for UK residents, it hits the shops on Wednesday, July 18 from all good newsagents.