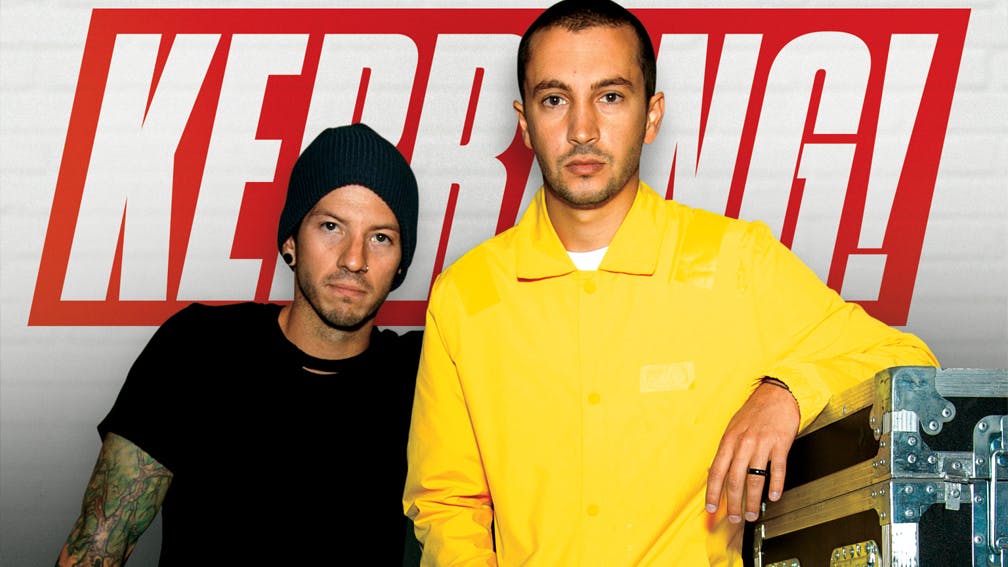 After what’s felt like forever, twenty one pilots are back. Inviting Kerrang! into their inner sanctum to discuss new album Trench’s finer details, Tyler Joseph and Josh Dun reveal how and why it’s their most ambitious and important release yet…

We've also got an exclusive, Kerrang!-only twenty one pilots art print for the Skeleton Clique!

Elsewhere in the mag this week, Rage Against The Machine/Prophets Of Rage guitar god Tom Morello talks fighting the power and making new genres; British post-hardcore's deepest band, Basement, return; Skunk Anansie take us inside their exciting future plans; Lacuna Coil's Cristina Scabbia recounts tales of her misspent youth and surprisingly pop music-filled past, and Matt Tuck of Bullet For My Valentine tells us some secrets.

In the reviews section, meanwhile, Polish metal overlords Behemoth dominate on their devilishly outstanding 11th album, and Black Peaks hit new heights on their storming second record. On the live front, Biffy Clyro get laid bare in London's grandest room, Halestorm get vicious as they whip up a frenzy in Sheffield, and Boston Manor stake a claim for bigger stages at their return to the seaside.

On top of all that, there's an epic Metallica poster special, because, well, it's Metallica. We don't have to justify that, tbh.

All this and more is available in the new issue of Kerrang! – which you can get anywhere in the world when you order online through Newsstand. But for UK residents, it hits the shops on Wednesday, October 3 from all good newsagents.