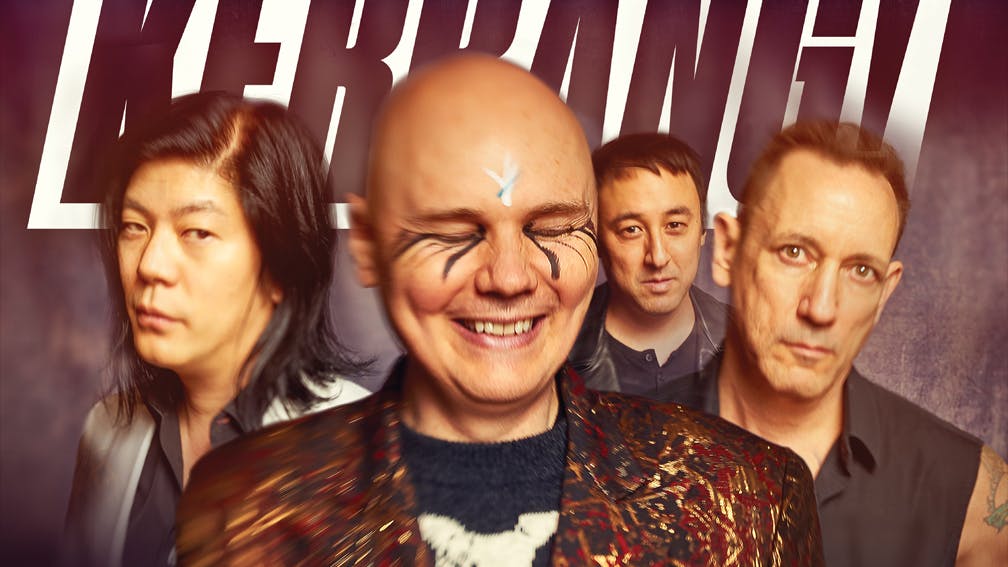 There was a time when the idea of Smashing Pumpkins even talking to each other once more was fanciful – let alone them touring the world and releasing a new album. But now, with hatchets buried and lessons learned, can Billy Corgan lead his charges to finally conquer the world?

Plus, to mark the reunited Pumpkins’ return to the K! cover, artist Lindsey Kuhn – who works with the likes of Tool, AC/DC and more – has dived into his archive to unearth an awesome 1998 classic tour poster. See more of Lindsey’s work at Swampco.com!

Elsewhere in the mag, Neck Deep resurrect their Slipknot alter-ego; We Came As Romans frontman Dave Stephens opens up for the first time about Kyle Pavone's life and legacy; Yonaka vocalist Theresa Jarvis welcomes us into her life in music; Josh Franceschi of You Me At Six tells us some secrets; The Prodigy's Liam Howlett talks us through his incredible career in the Kerrang! Interview; we found out how Nothing More possess a rock superstar in waiting with frontman Jonny Hawkins; and Architects reflect on their stunning journey to the top of the British metal pile.

Over in the reviews section, Muse return from the darkness of Drones and paint reality with vivid colours on their eighth album, while Laura Jane Grace puts expectations aside and soars on her solo debut LP with The Devouring Mothers. On the live front, Creeper break callous hearts as they publicly bow out at their biggest-ever headline show, Turnstile continue to make giant leaps as they demolish ever bigger spaces, and State Champs bring down the (round)house.

Oh yeah, and there's a Gerard Way poster special, featuring six exclusive snaps for you (and your walls)!

All this and more is available in the new issue of Kerrang! – which you can get anywhere in the world when you order online through Newsstand. But for UK residents, it hits the shops on Wednesday, November 7 from all good newsagents.