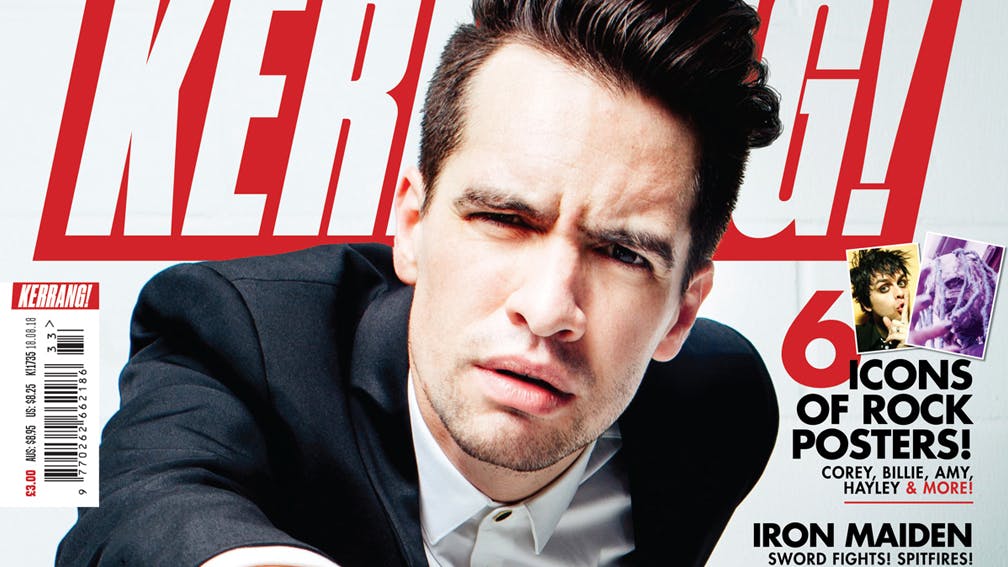 Panic! At The Disco might be sharing top billing at next weekend’s Reading & Leeds festivals, but Brendon Urie has long been used to standing in a league of his own. Ahead of the biggest show of his career, he talks about the importance of embracing his differences, reinventing the rock-star rules, and – most crucially of all – not being a dick…

If that's not enough Brendon for you, we've teamed up with artist Katie Campbell – who has worked with a sickening number of great bands – for an awesome Panic! art print. See Campkatie.com for more of Katie's work!

Elsewhere in the mag this week, K! join the mighty Alice In Chains in Israel to learn how they've addressed the ghosts of their past and plotted a glorious future with new album Rainier Fog; Incubus leader Brandon Boyd talks us through his life and career; The Amity Affliction's Joel Birch and Ahren Stringer explain how, despite changing up their sound on new record Misery, their friendship will see them through whatever people's reactions are; and we look at how the first new material from AC/DC in four years could hold the key to Guns N' Roses putting their name to a full-length…

The new issue of Kerrang! is available anywhere in the world when you order online through Newsstand. But for UK residents, it hits the shops on Wednesday, August 15 from all good newsagents.