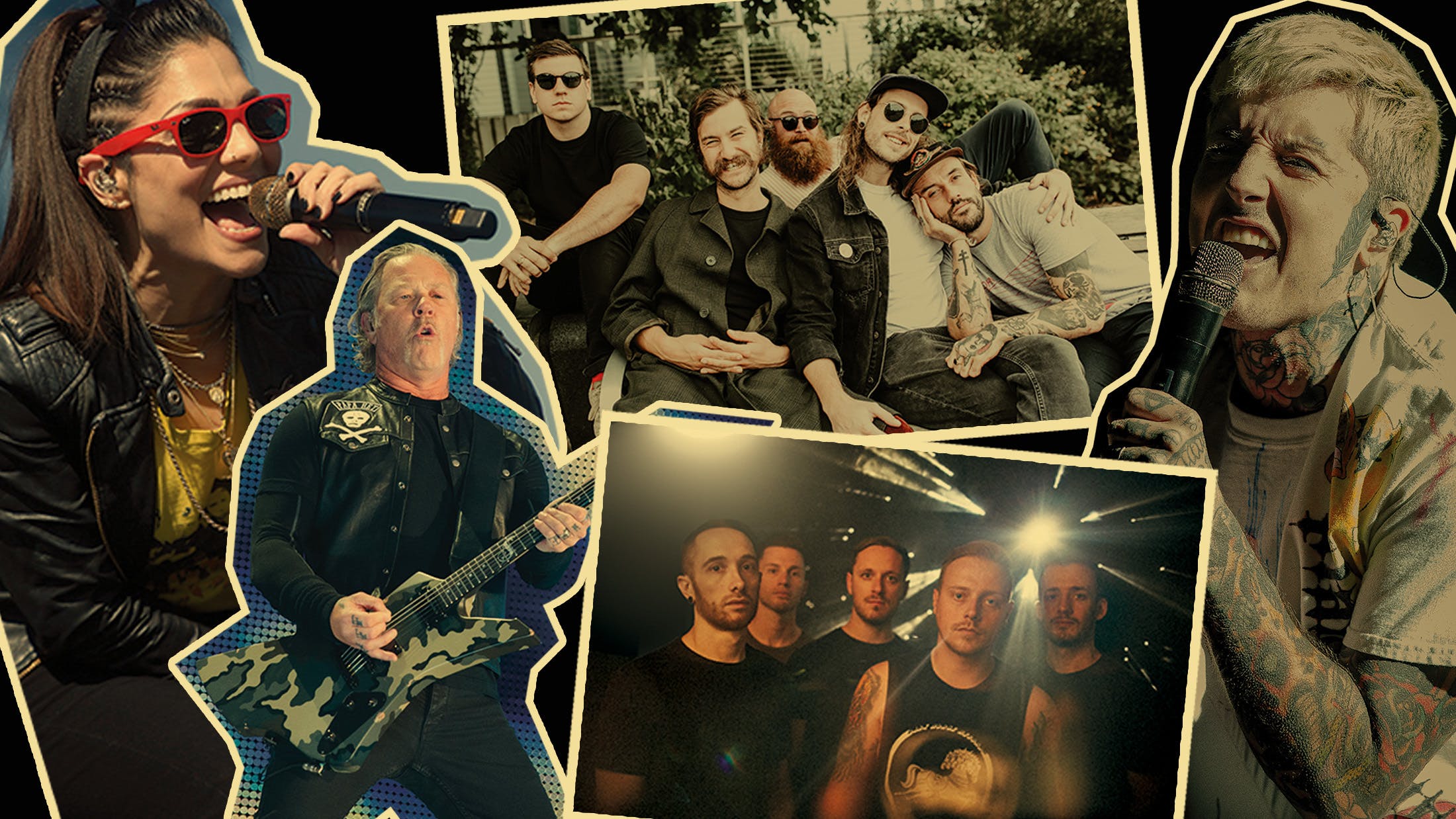 Here we are again, folks: the Kerrang! Awards are back! Following last year’s huge event with some of the biggest rock stars on the planet – Dave Grohl, Corey Taylor, Alice Cooper, Joe Perry, Tony Iommi… you get the idea – we’re happy to announce the return of the best night of the year. Oh yeah, and we’re also unveiling the full shortlist of Kerrang! Awards 2019 nominees, following a massive month of open voting. On top of that, there’s also going to be a ton of cool events happening in the lead-up to the big day.

“The only awards ceremony that matters is back!” says Kerrang! editor Sam Coare. “After last year’s now-infamous night, we’re delighted to announce the return of the Kerrang! Awards for 2019 – a night which sees the rock world unite to celebrate the many amazing achievements of the past 12 months, shaped by those that matter the most: the fans. The fun and games won’t just be restricted to one evening, though, as the Kerrang! Week Of Rock will once again be bringing you a whole host of awesome, one-off events that will make this year’s celebrations the loudest ever!”

Before we even get to the Kerrang! Week Of Rock and the Awards themselves, though, we’ve got a couple of very special shows to announce by two Kerrang! Awards nominees.

First, on Tuesday, May 28, we’ve got Angel Du$t in town. The U.S. hardcore supergroup have moved away from their more aggressive roots with the release of their recent album, Pretty Buff. Packed with pop-rock nuggets, it’s an album that escapes from the reductive confines of the scene that spawned them, and we can’t wait to see how those new songs go down live.

Then, the following day, The Interrupters will be back in the capital. The Los Angeles ska-punks released their most accomplished album, Fight The Good Fight, last summer, and we’re thrilled that the Kerrang! cover stars will be playing a super-intimate show in the run-up to the K! Awards, too.

Both shows will take place in London, and all tickets will be free. Keep an eye on Kerrang!’s Twitter feed for more information on how to get your hands on a pair. And there’ll be more events to come around the awards themselves.

Now, we get to the nominees. The first of our eight categories is the all-important Best British Breakthrough Act – and it’s a tough one, given just how brilliant the current UK scene is right now. Brighton alt.pop mob YONAKA, Bristol punks IDLES, trap-metal pioneer Scarlxrd, political hardcore heroes Svalbard and Brighton prog-metallers Black Peaks will all be battling out for a trophy that has previously been won by now-massive bands like Bullet For My Valentine and Asking Alexandria.

“Wow, this is crazy!” says Svalbard’s Serena Cherry. “Thank you so much for nominating us – we are over the moon. We’re so excited for the Kerrang! Awards… and there’s a free buffet right?!”

Anyway, next up: Best International Breakthrough Act. Between the aforementioned Angel Du$t, Boston hardcore mob Vein, LA ska-punks The Interrupters, Oakland’s finest SWMRS and super-duo Mark Hoppus and Alex Gaskarth’s Simple Creatures, this is another hotly-contested one, with such a variation in genres proving what an exciting time it is to be a rock fan in 2019. The category also contains not one, not two but three bands who made their Kerrang! cover debut this year, which makes it all the more special.

“Being on the cover of Kerrang! was a dream come true and to be just nominated for a Kerrang! Award is a huge honour beyond anything we could have ever imagined!” enthuses Aimee Interrupter. “If we win, we might just die.”

Erm, now we have pretty conflicting emotions about this…

Now, we move on to the Best Song gong. From FEVER 333’s fiery Burn It to this week’s cover stars Slipknot’s epic standalone single All Out Life (no, it is not on their new album We Are Not Your Kind), we’re stumped here. Throw in Rammstein’s Deutschland, While She Sleeps’ ANTI-SOCIAL and Frank Iero’s Young And Doomed, and we do not envy you voters with this one…

“amo feels like an album that evokes as many emotions as its lyrical content,” ponders Horizon’s Oli Sykes. “Love, hate, confusion, betrayal… But the important thing is that people are still passionate about our band and what we do, so we are hugely grateful to be nominated after all these years!”

The two Live shortlists (Best British Live Act and Best International Live Act) feature 10 bands that have been on fire between their respective headline tours, support slots and festivals over the past year: Architects, Employed To Serve, Frank Carter And The Rattlesnakes, Enter Shikari and Don Broco on this side of the pond; and FEVER 333, Metallica, Parkway Drive, Ghost and Mastodon overseas. Yowzah.

“We are over the moon to be nominated for Best British Live Act at the Kerrang! Awards this year!” grins Employed To Serve’s Justine Jones. “Previous years’ nominees have been some of our favourite bands, so it’s great to be amongst them.”

Finally, our remaining two categories sum up the cream of the crop in every area – from releasing 5K records to headlining rock’s most grand stages.

In the Best British Act category, we welcome Architects, Bring Me The Horizon and Enter Shikari (who are all up for multiple Awards on the night – congratulations, chaps), plus heavy metal legends Iron Maiden and Scottish rock heroes Biffy Clyro. With Horizon and Biffy having already collected the gong in the past, will another band be able to claim the title this year instead? Who knows…

And then there’s Best International Act. Between the colossal returns of Slipknot and Rammstein, the continued success of Foo Fighters and Metallica, and the year in which Panic! At The Disco took over the entire world, we have absolutely no idea how this one’s going to play out. We do know, however, that each and every band nominated is beyond deserving of the title.

The Kerrang! Awards 2019 will be taking place at a top-secret location on June 19 – so more on that soon. But in the meantime, with voting closing on June 12, you best get started, okay?

Here's a reminder of all the nominees. Vote for your favourite!

1. Architects – Holy Hell
2. Bring Me The Horizon – amo
3. Ghost – Prequelle
4. Behemoth – I Loved You At Your Darkest
5. Greta Van Fleet – Anthem Of The Peaceful Army