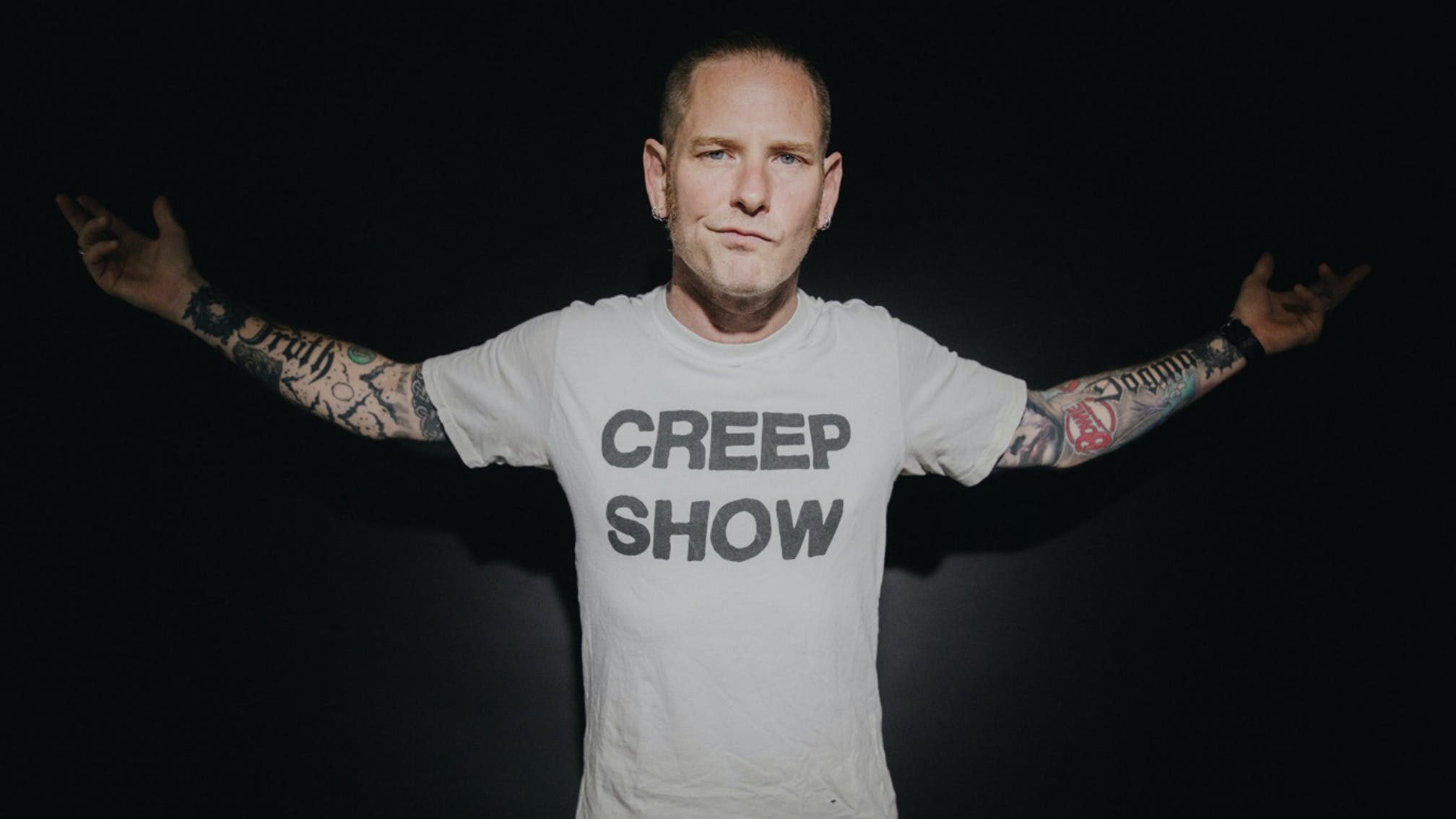 When he’s not hollering with Slipknot or Stone Sour (or acting or writing books or presenting Kerrang! Awards or providing the scream for a lake monster in Doctor Who), Corey Taylor seems like he’s always appearing on someone’s new record.

There are so many, in fact, that appearances with the likes of Zakk Wylde, Korn, Snot, Dream Theater and Falling In Reverse are all bubbling under. But here are 10 of the best to sink your teeth into…

He might be best known for hitting things hard in blink-182, but Travis Barker is a hugely versatile drummer with eclectic tastes. When it came time to make his first solo album Give The Drummer Some, he recruited a host of diverse guest artists, from Snoop Dogg to Slash. Much of the album is hip-hop flavoured, but On My Own features a chunky riff-heavy groove for The Great Big Mouth to get to grips with.

Getting PVRIS vocalist Lynn Gunn to sing on their fourth album Underworld was one thing, but when Aussie pop-rockers Tonight Alive announced that Corey was also making an appearance a few more eyebrows were raised. Perhaps wisely they didn’t morph into a metal band overnight, preferring instead to let their guest exercise his singing chops in a beautiful duet with Jenna McDougall.

If anyone could get the likes of Corey Taylor, Sir Paul McCartney and Trent Reznor into a revolving door supergroup, it would be Dave ‘My phone has more famous people in it than yours’ Grohl. Corey’s contribution to the Sound City documentary’s soundtrack actually saw him teaming up with the king of power-pop Rick Nielsen (Cheap Trick) as well as stoner rock lord of the bottom end Scott Reeder (Kyuss and The Obsessed) and Dave himself. It was another odd combination, but one that definitely worked.

Apocalyptica started as a classical Metallica tribute band before opening up their cello metal with original material and a host of guest vocalists and musicians. One of their strongest and most affecting songs was I’m Not Jesus, which is written from the perspective of an adult survivor of sexual abuse by a priest. Given that Corey has previously opened up about the horrific abuse he suffered himself as a child, that might help to explain the sheer intensity he brings to the performance.

He might not be quite as well connected as Dave Grohl, but Max Cavalera has his own celebrity buddies – especially in the metal arena. Soulfly’s 2000 album Primitive featured the likes of Slayer’s Tom Araya, Chino Moreno from Deftones, Will Haven’s Grady Avenell and, oddly, Sean Lennon. No-one does a slowly building semi-spoken, semi-spat rant quite like Corey, however, and he’s perfectly suited for this rampant pit-stirrer.

Corey was one of many guest vocalists – also including the likes of Lemmy, Iggy Pop, Mike Patton, Tom Araya and Ice-T – who joined the Rollins Band on a tribute album covering Henry Rollins’ former band Black Flag. Corey puts in a suitably raw performance on the two-minute rampage of Room 13. The whole project was a benefit for the West Memphis Three, who were convicted as teenagers of the murders of three children. The prosecution asserted that these boys were killed as part of a Satanic ritual, but many people believed the three men jailed for the crime were innocent.

2019's Kid Bookie collaboration might have been a surprise, but it wasn’t Corey’s first foray into the rap world. Tech N9ne’s Wither channelled the right amount of chaos and aggression to serve as a perfect platform for a guest appearance from the Slipknot man. Tech N9ne counts himself a long-term fan, saying: "This collaboration is a total dream come true, because I've been a Maggot since ’99. This song we did together is such a dynamic roller coaster ride! It starts off calm and cool and then fuckin' gets loud and extremely mean and crazy! It's perfect!"

In some respects, Code Orange’s terrifyingly chaotic hardcore melee is the natural successor to Slipknot. “Holy. Fucking. Shit. This is incredible,” Corey had tweeted in response to the Pittsburgh crew’s 2017 album Forever, before declaring himself a new fan. Slightly late to the party perhaps, but Code Orange appreciated the compliment and later invited the singer to guest on their The Hurt Will Go On EP. It’s a sterling effort all round, and definitely the heaviest thing on this list.

Death to all butt-metal? However you pronounce it, Corey was on it – specifically screaming on the chorus and delivering the verse that goes, ‘Death to Papa Roach, blink-182…’ He also supplied backing vocals on a couple more songs (Asian Hooker and Eyes Of A Panther) and made an unforgettable appearance with Steel Panther at Download Festival 2012. “I can’t believe he’s here, Corey fucking Feldman from Slipknot,” announced guitarist Satchel by way of introduction.

This might not be the most sophisticated collaboration that Corey has lent his name to, but the 2004 album on which it appeared (New Found Power) was Dimebag Darrell’s final studio appearance before the guitarist’s murder at a Damageplan concert later that year. It featured a typically driving, crunching groove and a squalling solo, while Corey brings the perfect level of belligerence to the song. Could you imagine anyone else being better suited to the lines: ‘Fuck your power trip and fuck your attitude and fuck your bloated ego, too / Fuck your history, your tragedy, your misery / But most of all, fuck you’? Exactly.