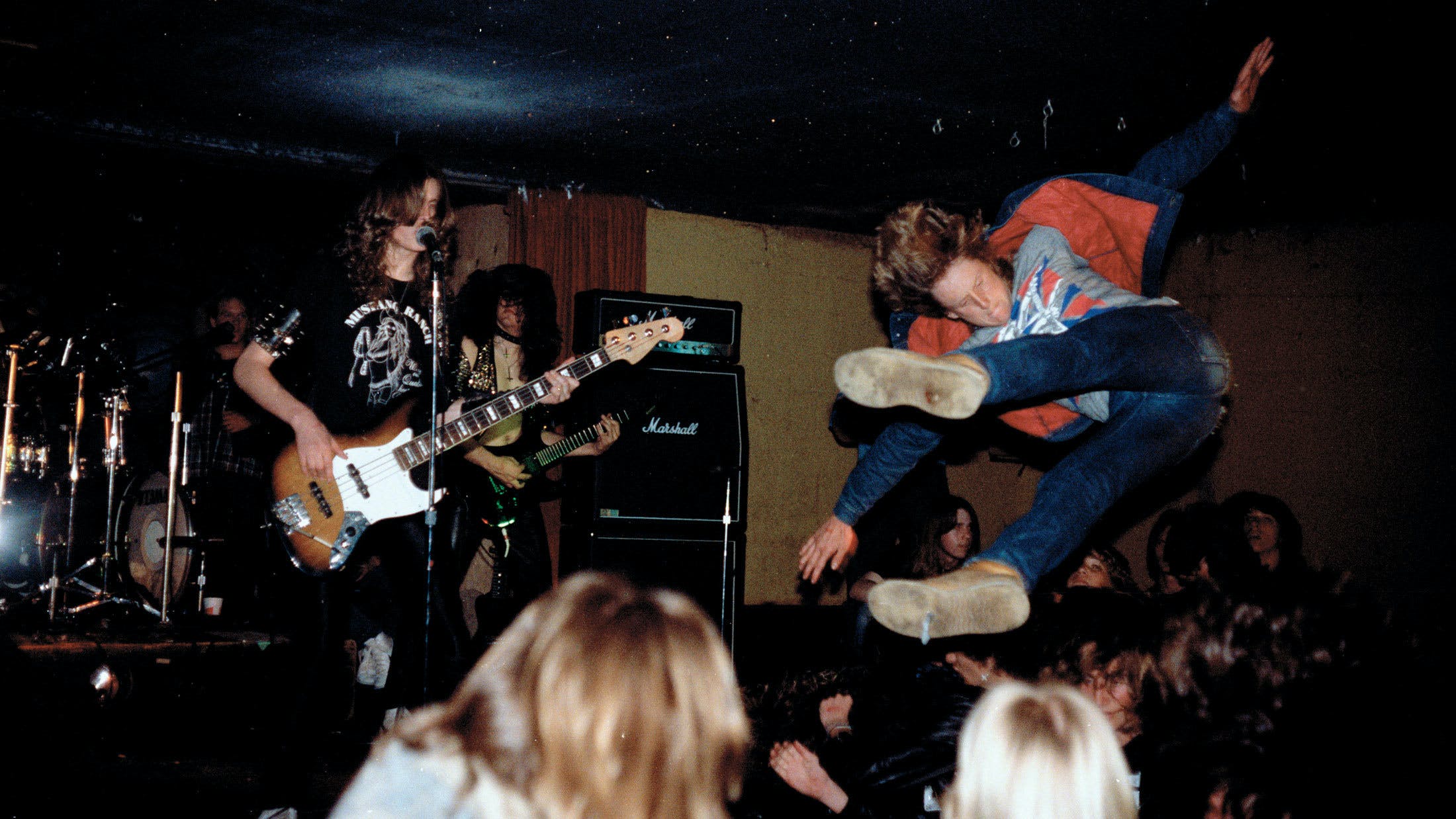 If you love thrash metal, we’ve got something just for you. Kerrang! has teamed up with the House Of Vans for the first UK screening of Murder In The Front Row, the definitive story of San Francisco Bay Area thrash.

The feature-length documentary features new and exclusive interviews with all the musicians that made the Bay Area scene so iconic, including members of Metallica, Slayer, Megadeth, Exodus, Testament and more.

“These are just good stories, and they are very human stories,” says director Adam Dublin, discussing how a group of kids from California shared a passion for UFO, Iron Maiden and Motörhead. “All these bands were mainly from England, and they never really toured the West Coast… So these young people started creating their own music, starting their own fanzines, booking clubs and trading tapes. These were people who were adamant about music and the bands, but also each other.”

“What I loved about the book is that it wasn’t just about Metallica,” says Dubin. “It was documenting a vibrant scene, where all the bands were equal and there was real camaraderie. The photos captured the sweat of the clubs, the ringing in your ears and the power of young people. [Authors] Harald and Brian captured the humanity of it, and they understood that I was somebody who could bring that out in a film.”

The UK premiere takes place at the House Of Vans at Waterloo, London, on June 19 at 7pm.

We have only 100 places for the exclusive screening, and if you want to come along, keep an eye on Kerrang!’s Twitter for how to win a coveted spot.

The Murder In The Front Row premiere is just one of the many kickass things happening at the House Of Vans, in association with Kerrang!. From June 18-September 1, we’re holding a special exhibition celebrating the history of Metallica, including unseen photography and memorabilia.

There’s also a pop-up shop on June 19-20 for fans to buy exclusive Metallica merchandise ahead of their Twickenham Stadium shows.

Murder In The Front Row