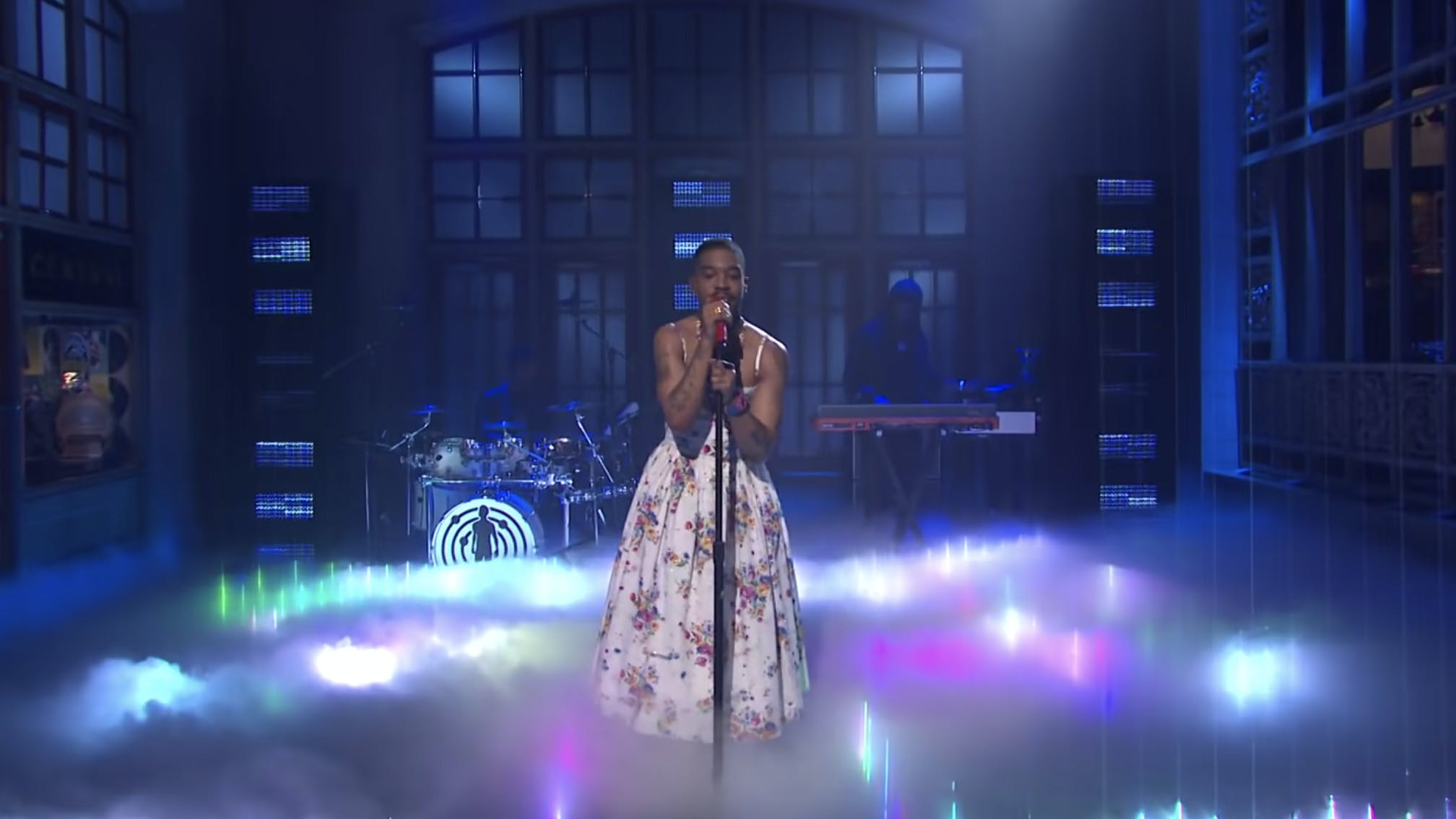 As the musical guest on this weekend's Saturday Night Live (on April 10), Kid Cudi used his pair of performances to pay tribute to the late Kurt Cobain.

The 37-year-old rapper and actor played Sad People and Tequila Shots during the Carey Mulligan-hosted show, donning a floral print dress for the former song, and a green cardigan in the latter – both of which paid homage to the Nirvana frontman, who died just over 27 years ago.

Following the performance, Kid Cudi revealed that Virgil Abloh had designed the Kurt-esque floral dress, and it will feature in an upcoming collaboration with Off-White. "Virgil designed the dress for me," he tweeted. "I told him I wanted to show love to Kurt with a floral print sundress and this man made a masterpiece. Thank you."

Watch both performances below: