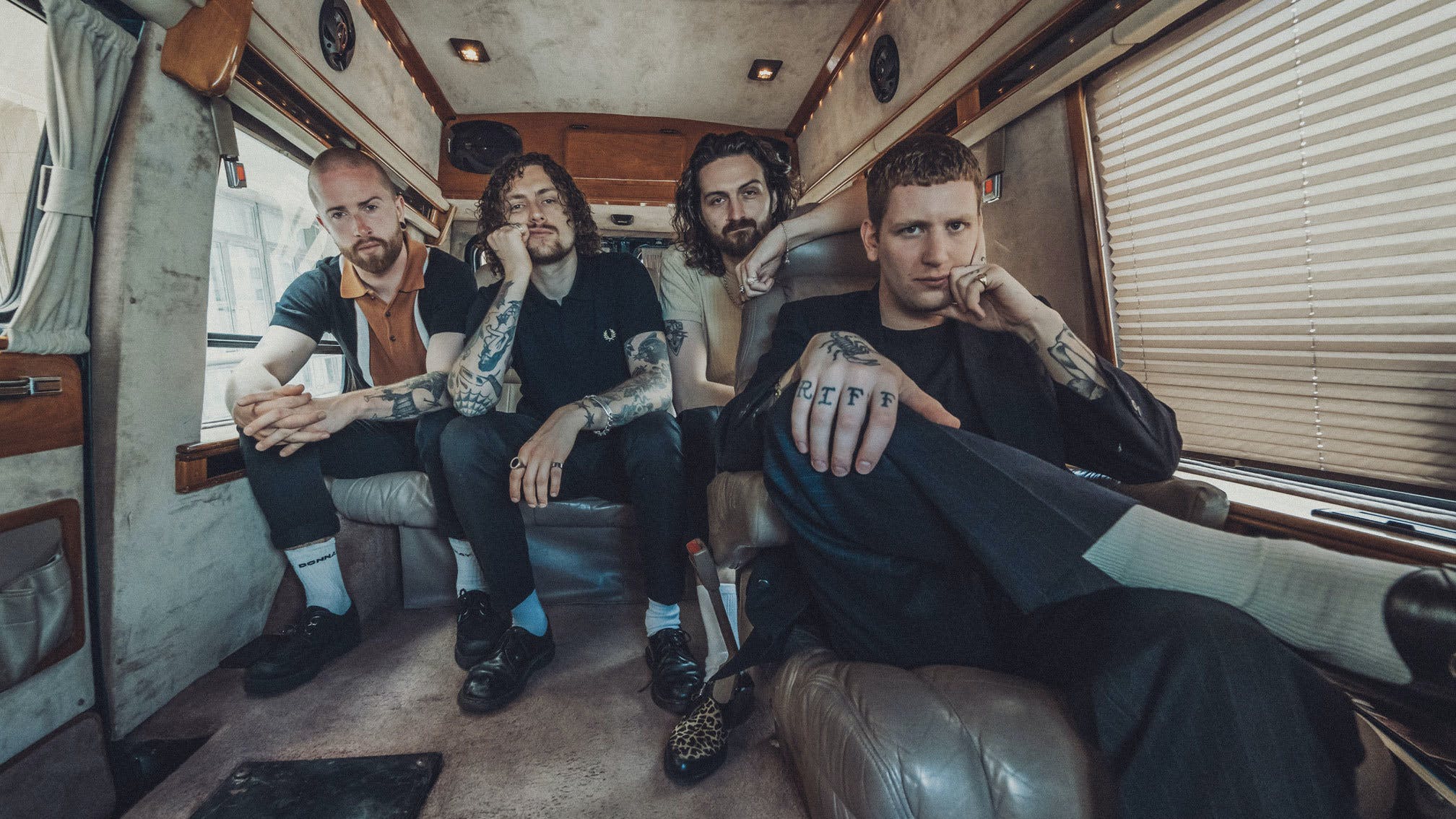 Hastings punks Kid Kapichi have signed to Spinefarm / UMG for the release of their second album, Here’s What You Could Have Won.

The follow-up to 2021 debut This Time Next Year, the LP will arrive on September 23 and is a reflection of "the feeling of missed opportunity", according to frontman Jack Wilson. "Being dragged right at a junction when you know you should be going left or screaming at the TV whilst someone picks the wrong answer on a game show. It looks inwardly at the UK and the decisions that have been made and how they have affected us all."

"It’s not a concept album but it does have a running theme," adds guitarist Ben Beetham. "We like to write songs about current affairs and what direction the world seems to be turning. As a result, we write as close to the deadline as possible to keep it relevant."

To coincide with the news, the band have shared banging new single Rob The Supermarket, which Jack explains "is a song about a tear away forced into a tight spot who takes matters into their own hands regardless of the consequences. It’s a question about what is morally correct in times like these, with the cost of living going through the roof and food bank usage at an all-time high."

Check out the full Here’s What You Could Have Won tracklist:

Read this: Biffy Clyro: “We fucking mean it… I care deeply about this and will still be doing this in 20 years”

Partygate. The cost of living. Super soakers?! Inside Kid Kapichi's new album Here’s What You Could Have Won

From Tory 'word events' to billionaires to xenophobia, Kid Kapichi wind-up merchant Jack Wilson lifts the lid on each track of second album, Here’s What You Could Have Won...

Kid Kapichi poke fun at social media with their ace new single and video I.N.V.U., and announce new shows in support of their upcoming album Here’s What You Could Have Won.

Kid Kapichi condemn new Nationality and Borders Bill: “This is fascism happening right before our eyes and it’s time to call them out”

As Kid Kapichi team up with Bob Vylan on the powerful, scathing New England, vocalist/guitarist Jack Wilson addresses the “Orwellian policies” contained within the proposed Nationality and Borders Bill – and how the time is now to stand up…