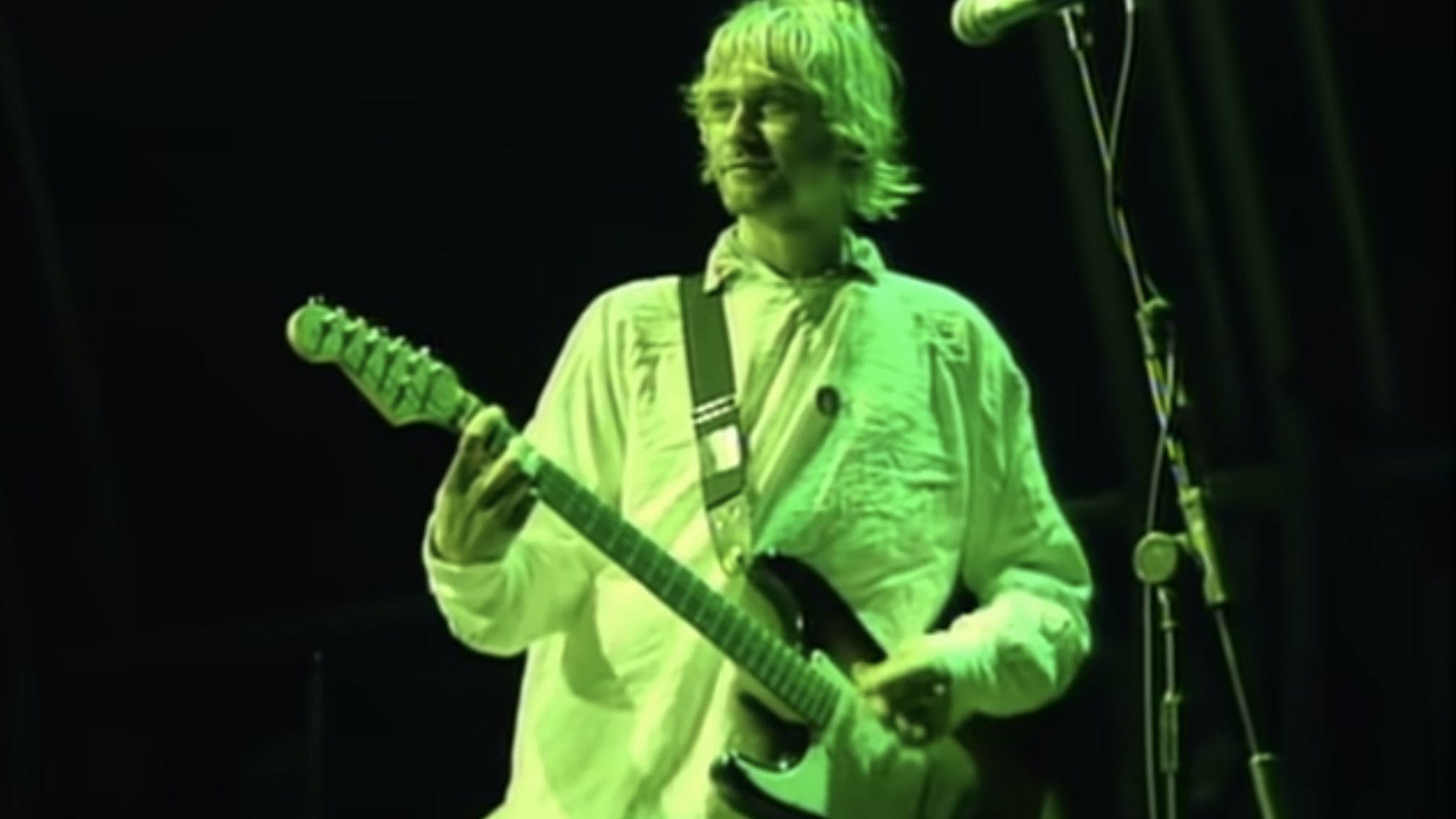 When Nirvana played Reading Festival on August 30, 1992, frontman Kurt Cobain was wheeled onstage in a wheelchair, wearing a hospital gown. It was his way of hitting back against rumours that he was in bad health due to a recent drug overdose, and sadly, ended up being the band's last UK show.

Somebody took really good care of that hospital gown, though, since it's now up for sale via auction house RR Auction. The bidding starts at $5,000 dollars, and is expected to reach around $50,000 dollars.

The auctioneers describe the gown as being in "fine condition, with scattered stains and expected wear; lower tie string torn from left side, but remains tied to opposite side string; and just below logo are two small rusty holes from where Cobain had placed a small button".

It comes accompanied by a letter from the original owner of the gown, who says it was handed to them by a grieving Courtney Love at a vigil for Kurt in Seattle just a few days after his death.

"She was visibly grief-stricken and proceeded to pass clothes out while asking trivia about Kurt’s life," explained the recipient of the garment. "She handed me his hospital gown from the legendary Reading Festival performance from 1992.

"She then cried on my shoulder for a while. I tried to say something reassuring about his love for her and she pushed me away, insisting that he only loved Frances… The entire incident was sad. And weird. And it blew my teenage mind.”

Check out the gown below, and make a bid here if you're filthy rich and really like Nirvana.

And then re-watch that completely legendary Reading performance here...