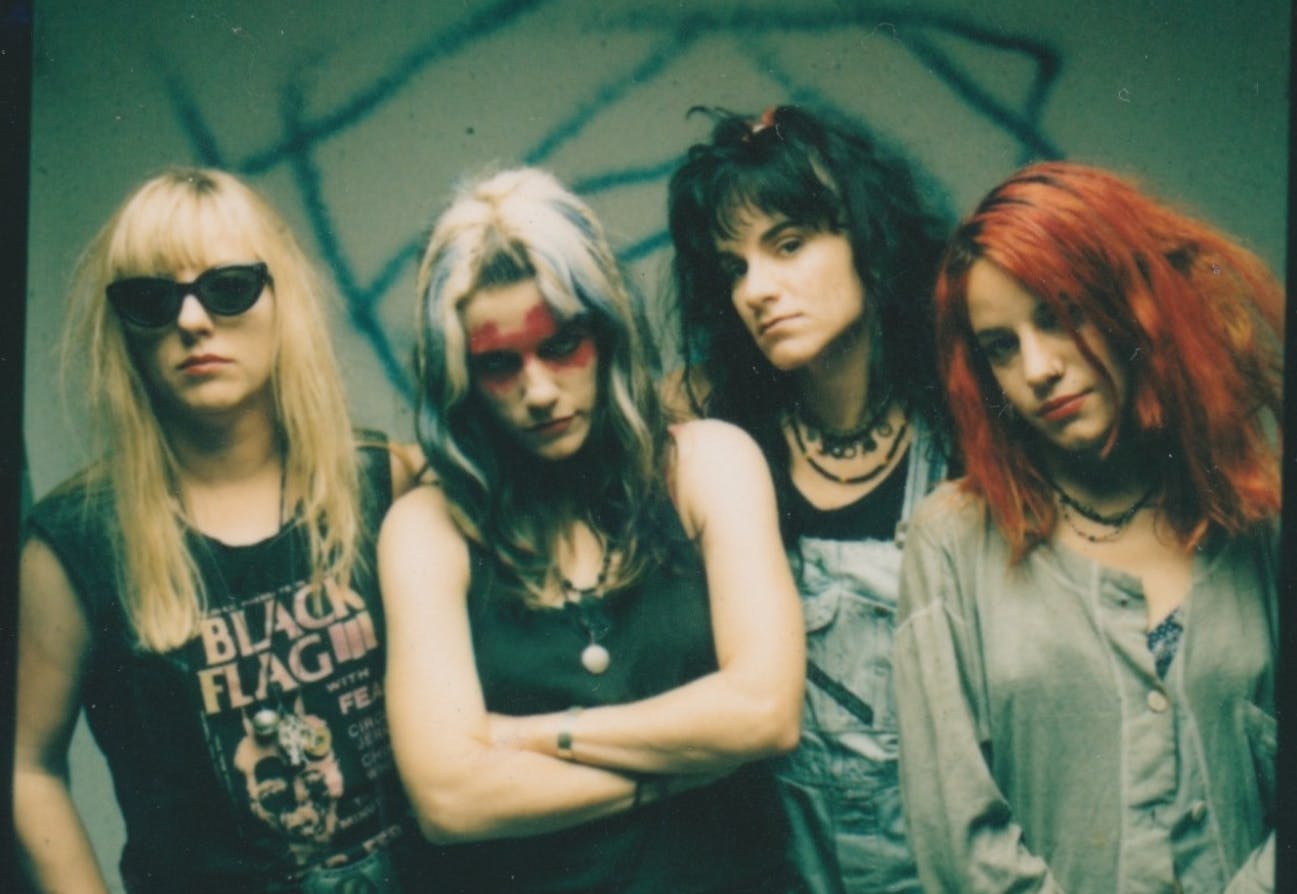 Oh, how we've missed you, L7, and how timely could your return possibly be?

After 18 years in the wilderness, the grunge/riot grrrl OGs have returned with a song about storming Donald Trump's Mar-a-Lago retreat. Sounds like L7 to us!

Guitarist/vocalist Donita Sparks spoke to Pitchfork about their new song: “We had no intention of writing anything about the president. However, we were doing these Q&As at screenings of our documentary, which premiered in New York four days after the election. People were looking at us and literally grabbing our arms, like, ‘Save us!’

Sparks added, “We did discuss it, because it’s the bands that stick their necks out that get the most f—king shit, and we’ve gotten that before. ‘Hey, is this the first track we want to come out with? Are we sure we can handle the trolls? Are we ready to be called fat and ugly and old?’ But then we were like, ‘F—k, yes.’ Everybody gave it a thumbs up. Making fun of your government is a tradition older than this country, and that’s what this track is.”

This is by no means the first act of activism for L7: the LA based band formed in 1985 and have performed at numerous benefit concerts for Greenpeace, Act Up L.A., and Rock For Choice (which they formed in 1991 with the Feminist Majority Foundation), and have been politically outspoken their entire career.

Check out Dispatch From Mar-a-Lago here:

And check out the trailer for the band's documentary, L7: Pretend We're Dead, which chronicles their career and the impact they made on rock culture:

The doc comes out on Oct. 13 via streaming and Blu-ray. The film premiered last year at the DOC NYC Festival and is still touring cinemas.

L7's first album in 20 years, Scatter The Rats, is finally out today. We called them up to find how it happened.

Stop what you're doing, L7 are back with new music!