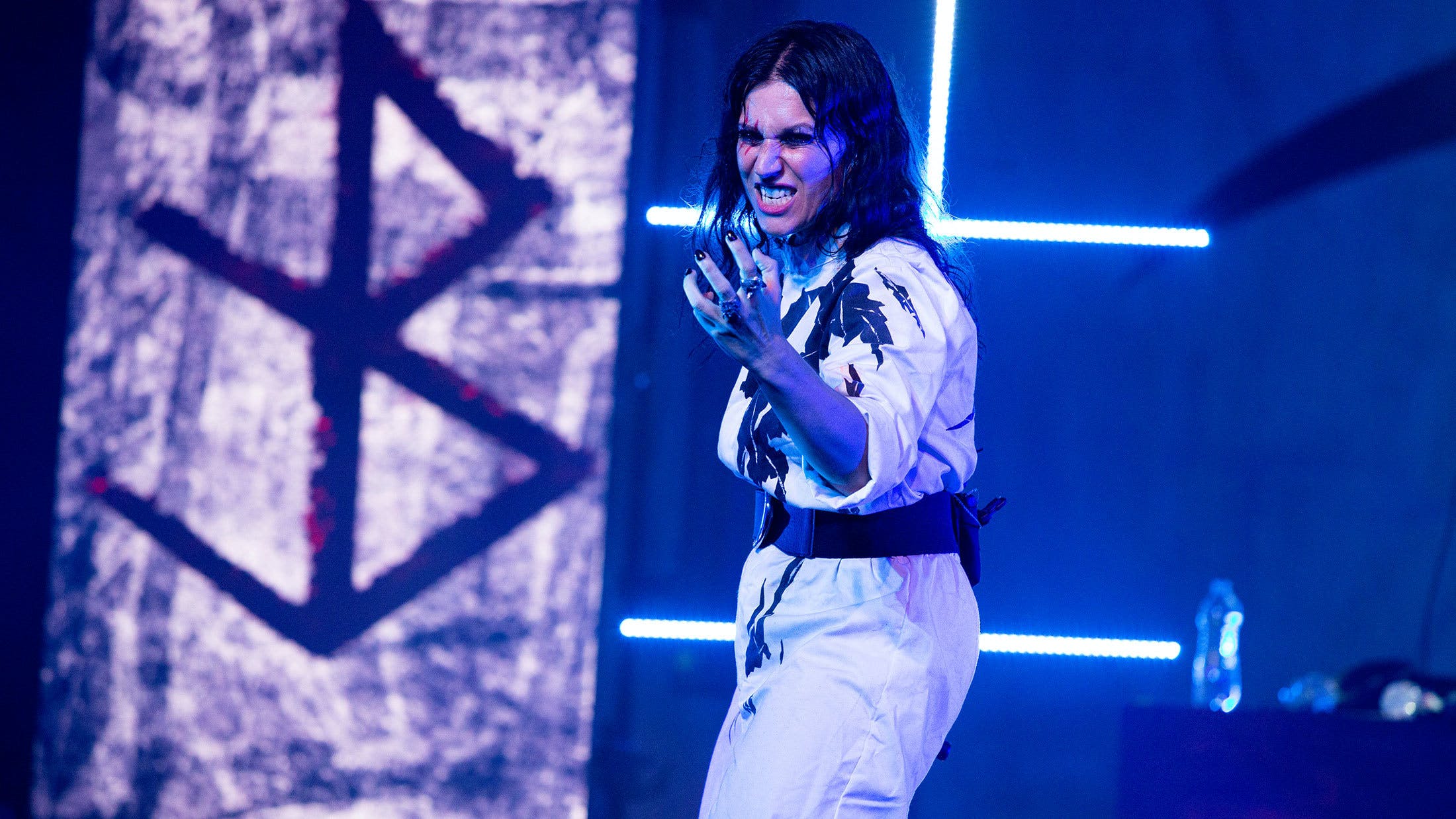 Lacuna Coil were one of the first major bands to see the upcoming blight on live music, with Italy bearing the early brunt of the pandemic’s destructive wave across Europe.

“It’s a very dark time for music and arts,” vocalist Cristina Scabbia told us from lockdown at her home in Milan back in March. “We were able to think ahead and cancel flights and tours, because we projected the situation. We thought ahead and thought about our health and the health of our friends. I know other bands that have lost a huge amount of money and it will be hard to get back on track because it will not get back to normal all at once. Fans might not have a lot of money because they didn’t work. It will be really hard, but I’m staying positive because once you touch the bottom, you can only go up.”

The band’s one-off livestream performance Black Anima: Live From the Apocalypse is a huge leap in the right direction. “A little step for Lacuna Coil, a huge step for humanity,” jokes co-vocalist Andrea Ferro from backstage. UK fans were some of the lucky ones who got to see Lacuna Coil in the early stages of touring Black Anima, shortly after they had released it in October last year. This livestream is a very different show, in large part because it showcases their latest album in its entirety. But unlike a lot of streamed events, it does feel a lot like an actual concert.

The fact that it’s being performed from an actual venue (Alcatraz Milano) with a full production helps, as does the energy and presence that the band members bring. No-one’s claiming that it’s a full substitution for the real thing, though. After the show, the band talk about how weird it is playing to no-one. Streaming platform A-LIVE offers some participatory extras including a selfie gallery that displays as the show streams and the ability to press applause and a very strange-sounding ‘whoo’ button like gothed-up real-life avatars in the Five Million Credits episode of Black Mirror. There remains a surrealness to it all, but as stand-ins go it’s still pretty spectacular.

Black Anima is the ideal subject for a show from the brink of the apocalypse, being a not-quite concept album delving into the darkness of the human soul. There’s a surfeit of atmosphere to the songs that the band echo in the visuals, from the corpsepaint make-up that leaves drummer Richard Meiz looking like Rob Zombie’s cinematic killer clown Captain Spaulding, to the neon crosses and columns of ever-changing symbols and designs.

Despite recent line-up changes and the imposed lack of live action, there’s not a hint of rust. Black Anima is one of the heaviest, most explosive albums of Lacuna Coil’s 20-plus year career and they absolutely nail it tonight. Cristina might get the bulk of the attention – and her crystalline vocals are as stunning as ever – but Andrea plays his own vital part and his growls have improved dramatically over recent years. The decision to switch up the running order seems a little strange as the album already had a perfect ebb and flow to it, but they also cram in the bonus tracks and that mix of crunching heaviness and ethereal melody still hits the spot.

As Cristina finishes with a stripped down rendition of Save Me accompanied only by pianist Silvia Zanaboni, the feeling is that this has been a very special show – even if it isn’t exactly what anyone involved would choose in an ideal world.