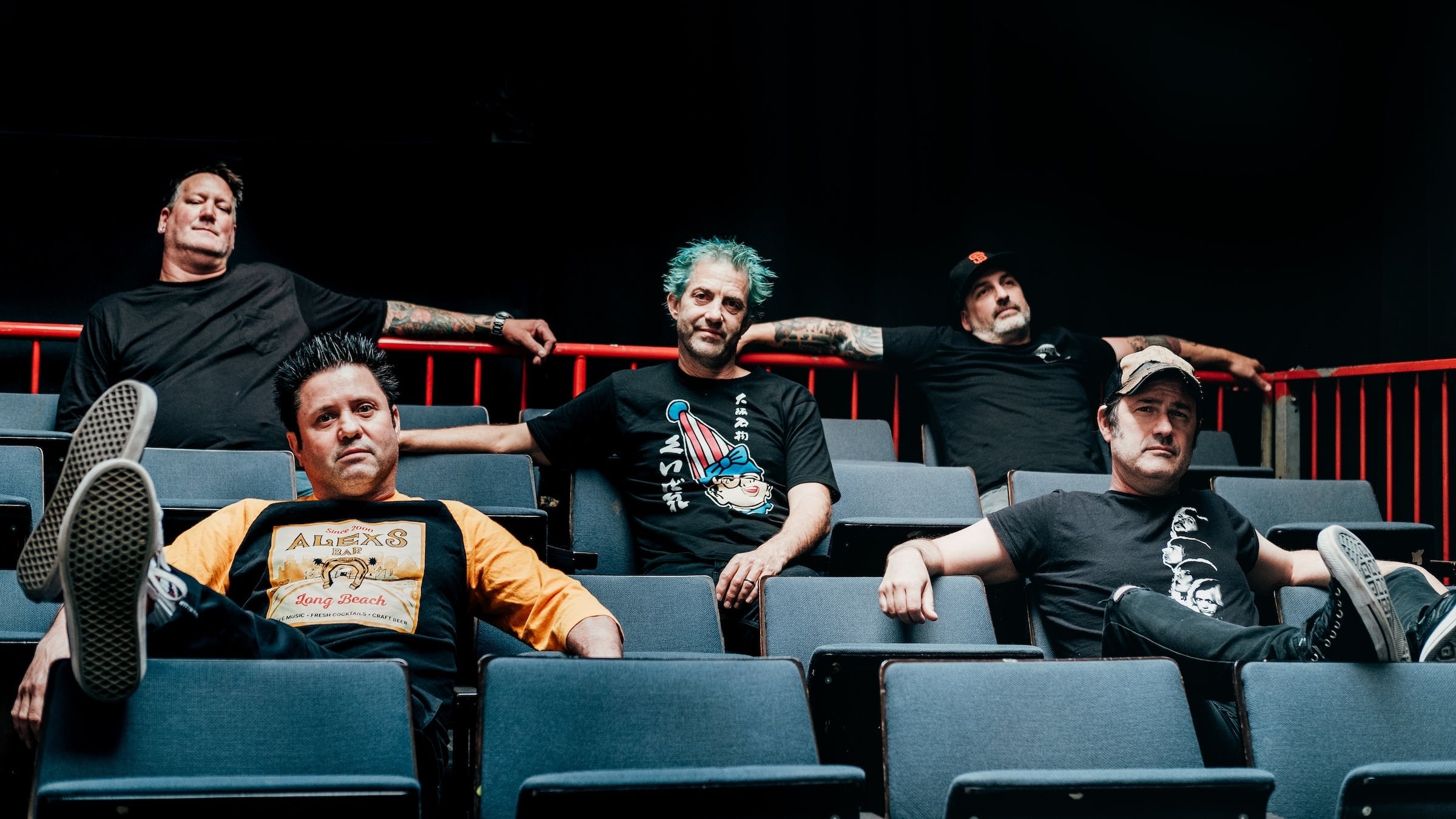 Joey Cape is having a busy year. Back in July, the Lagwagon founder and frontman released his sublime new solo record, Let Me Know When You Give Up. Just a few months on, and Lagwagon are about to release Railer, their ninth album. And you know what? It’s also very, very good. Given that the band was formed in 1990, that’s no mean feat. Not that we’re calling them old, mind you...

Truthfully, though, Railer finds the band as energized and energetic as ever musically, as they rip through 12 blistering tracks in under 36 minutes. And while the cover is kind of goofy and silly, the themes that drive these songs is anything but. Rather, the likes of Surviving California and Jini are accurate reflections on the day-to-day struggles faced by the average American citizen in 2019, while the urgent existentialism of The Suffering was inspired by the writings of Bertrand Russell -- and even begins with a reading of a passage by the British philosopher over a lilting yet ominous piano passage that sounds nothing like anything Lagwagon have ever made before.

READ THIS: "People think they want a new record from 50-year-old punk rockers, but they don't..."

Yet while Railer marks another impressive evolution for the band, it doesn’t entirely leave the past behind, either. You only need to listen to Bubble -- a frantic skate punk track that recalls the band’s early days of touring as it traverses the memories of those years with a self-aware nostalgia and a knowing nod to the way the band have been perceived and pigeonholed over the years they’ve been together.

“When I was writing Bubble,” explains Joey, “I was thinking about how people have a tendency to put you in a place and compartmentalize art or artists, and often they timestamp them. When you’ve been around as long as us, you develop a skin for that. For a while it upset me, but over the last decade I’ve realized the important thing is that the conversation exists at all -- and that you’re part of that conversation. So when I was writing Bubble, it was sort of tongue-in-cheek, but the idea was also to embrace and appreciate what you have.”

As such, while these songs do surge with an appreciation for what’s come before, they’re very much rooted in the present -- and in Joey’s unashamedly philosophical and erudite way of looking at the world and holding a mirror up to it to reflect back its ugliness and the effects that has had, and continues to have, on humanity. Not that Joey has particularly high expectations for how the record once it’s out there in the world, especially when it actually comes to shifting units.

READ THIS: 11 American punk labels that changed the game forever

“It’s just cool to have new songs to play live,” he says. “That’s it. I don’t have a whole lot of faith in any kind of success, at least monetarily speaking or even being acknowledged in this current state of the world of music and how people receive and get it. That’s definitely something that I don’t think is healthy or smart to try to hold on to. I don’t really expect it to sell, I don’t really expect a ton of people to hear it. But the good thing about that is that if anything goes well with the record in that regard, I’ll be pleasantly surprised.”

He may well be. Because with Railer, Lagwagon have made themselves as relevant as they’ve ever been. That might not be something anyone expected in 2019, but it’s the truth. But don’t take out word for it -- listen to our exclusive stream of the record below:

Lagwagon's Railer comes out Friday, October 4, via Fat Wreck Chords, and is available for preorder.

Catch the band live on tour in both the U.S. and Europe at one of the following dates:

How I Wrote May 16, By Lagwagon's Joey Cape

Lagwagon frontman Joey Cape dives into the inspiration behind their most popular song, 1998's May 16

EXCLUSIVE: Lagwagon's Joey Cape Drowns Out The Sad On New Album, Let Me Know When You Give Up

With an exclusive premiere of his upcoming new album -- due out July 5 on Fat Wreck Chords -- the pop punk forefather keeps hope alive.