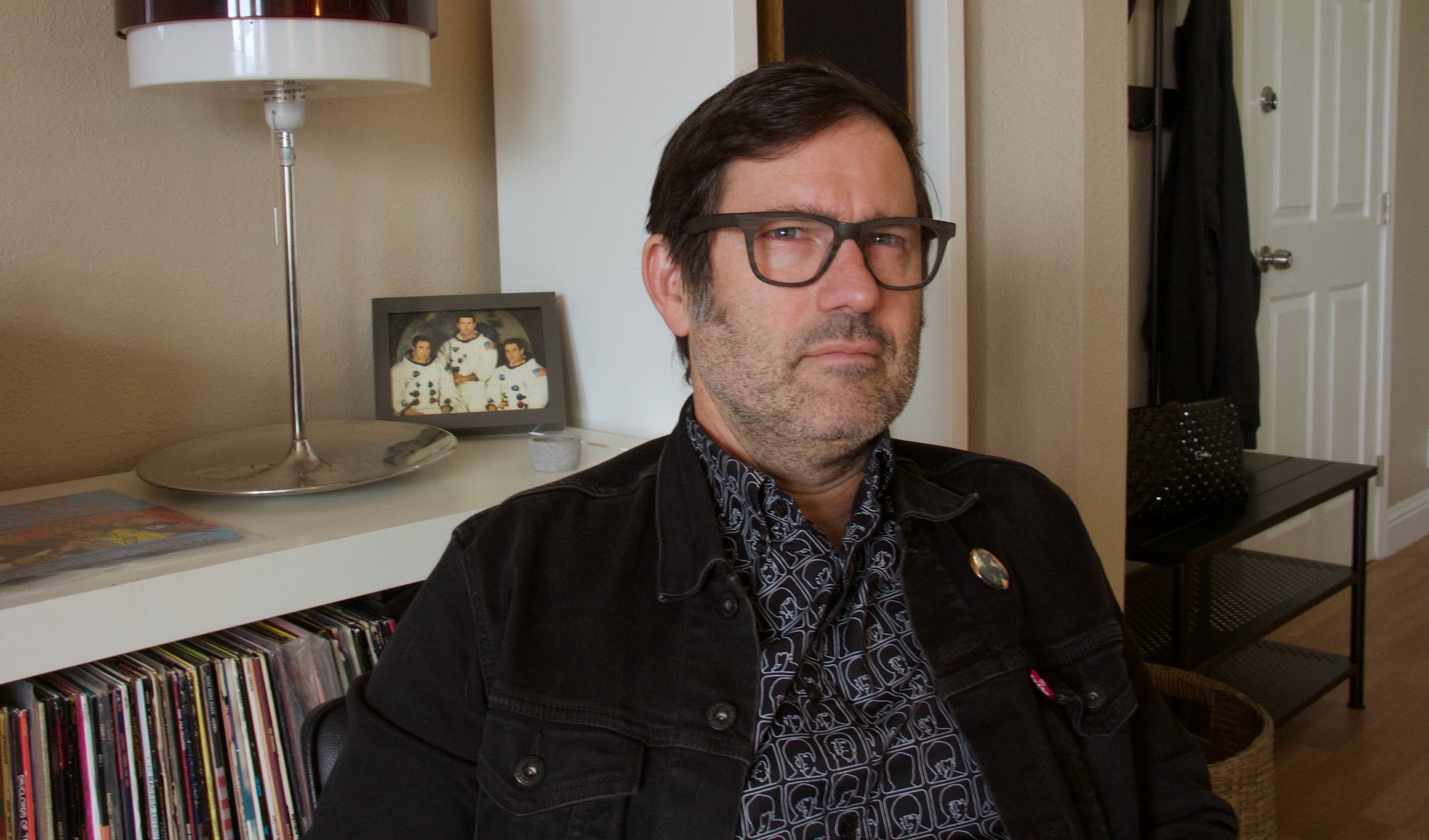 Partly because of their album covers, partly because of the kind of pop-punk they play, Lagwagon don’t always get the dues they deserve. But beneath those bratty, breakneck songs of theirs is a real cerebral and emotionally vulnerable foundation.

That’s something frontman Joey Cape -- who formed the band in 1990 -- has been exploring more obviously on his solo records. The 52-year-old released his first, Bridge, in 2008, and it served as a marked difference from the material he’d been making up until that point. But his fourth solo effort, Let Me Know When You Give Up – due out July 5 on Fat Wreck Chords – finds him expanding into something that’s truly a world away from what’s come before.

Fragile, vulnerable and beautiful in equal measure, the new record’s 11 songs showcase a human who is at increasing odds with the world he’s living in. Whether that’s in the tender, innocent romanticism of Daylight, the dystopian urgency of I Know How To Run or the downhearted (yet still hopeful) escapism of Andalusia. That, to some extent, is the point of this record – not to say that you should ignore the tumult around the world, but that you shouldn’t necessarily let it drown everything else out.

“I had couple of really blissful months,” he says, “when I’d be on tour and go out to dinner with friends and I’d carry these headphones for my phone with me. The moment people started discussing politics with me I’d have a playlist of songs that I love – relaxing and beautiful melodies – and I’d put those headphones in and turn it up. After a while people kind of caught on to it, but it was blissful to turn off the television and the networks and walk outside.”

Philosophical and poignant, these songs – according to Joey – aren’t designed to offer a solution to the malaise caused by the state of the world, but to share with it the existential epiphany that occurred within him a few years prior to him writing these songs and which forms the fundamental ideology behind them all. Yet while there’s a definite melancholy that flows through this record, Joey insists that that shouldn’t be the focus. In fact, it should be quite the opposite.

“I wanted to say the things I wanted to say,” he says, “but I really wanted at the core was a guideline to remain hopeful, to try to inflate this idea of things being better to and not control everything and be a positive force. It’s funny when I hear people say that the record is sad -- because it is -- but not for me. I was really trying to say something genuinely beautiful and incite a more positive reaction.”

Listen to an exclusive premiere of the new album below!

Let Me Know When You Give Up is available for pre-order now.

How I Wrote May 16, By Lagwagon's Joey Cape

Lagwagon frontman Joey Cape dives into the inspiration behind their most popular song, 1998's May 16