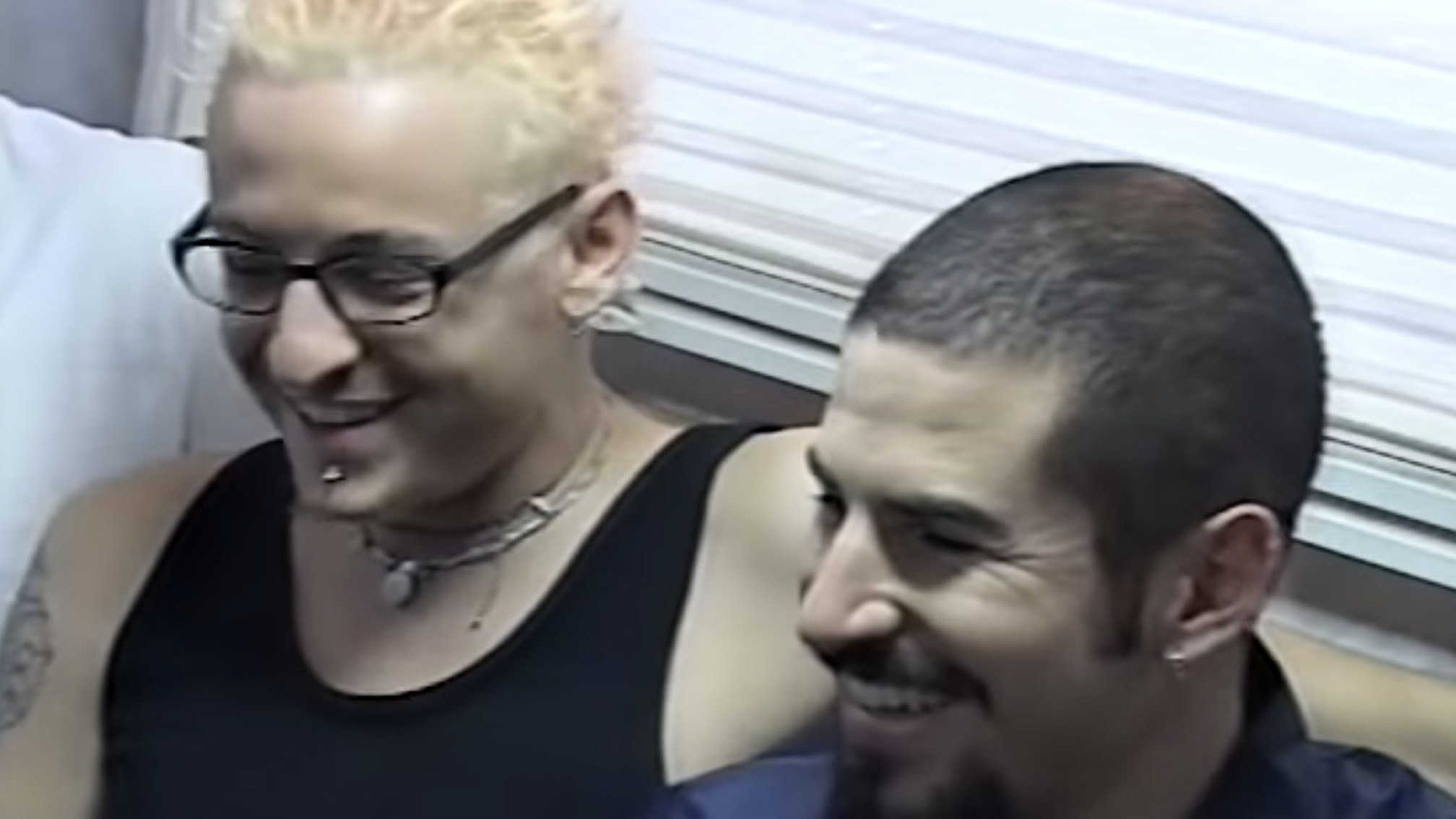 To celebrate the 20th anniversary of Hybrid Theory over the weekend, Linkin Park have continued to dig through their archives from the year 2000, uncovering must-see footage from the making of their classic video for One Step Closer.

This never-before-seen clip shows the young band looking ahead to the release of their debut LP, with recently-joined frontman Chester Bennington detailing his journey from playing music as a youngster to then joining their ranks. He then explains how One Step Closer is the lead single from Hybrid Theory, stating, “The song itself is a very good representation of the group as far as the riffs and the power of the song, and the aggression of it. Lyrically, it's just about being fed up, and expressing that angst we all feel…”

Read this: Every song on Linkin Park's Hybrid Theory, ranked from worst to best

Recently speaking to Kerrang! about One Step Closer, guitarist Brad Delson recalled the single being “the first time we heard ourselves on the radio”.

“We were on our first tour bus driving through Arizona and we heard it on the station that Chester grew up listening to,” he said. “We got home a week later and we heard it on a local station, KROQ, and that was super-wild. When I was little I would listen to the radio in my room and call in to request songs, but to actually have my song on radio was surreal.”

On the other hand, turntablist Joe Hahn revealed that One Step Closer was actually his least-favourite Linkin Park song for quite a while…

“I kept hearing it over and over and over again,” he explained. “Very early on it defined everything about the band. A lot of people heard that song on the radio and that was their idea of what the band was, whereas the album itself has so much colour to it. But to a lot of people it was all about that opening guitar riff and someone shouting, ‘Shut up when I’m talking to you!’ over and over again. It was such a big song that we had to play it every day (laughs), so for a while I wouldn’t say I hated the song, but I’d roll my eyes at the baggage. We grew out of that and I don’t feel that way today.”

Watch Linkin Park's behind-the-scenes look at One Step Closer below:

Read this: The secret history of Linkin Park's Hybrid Theory, in their own words