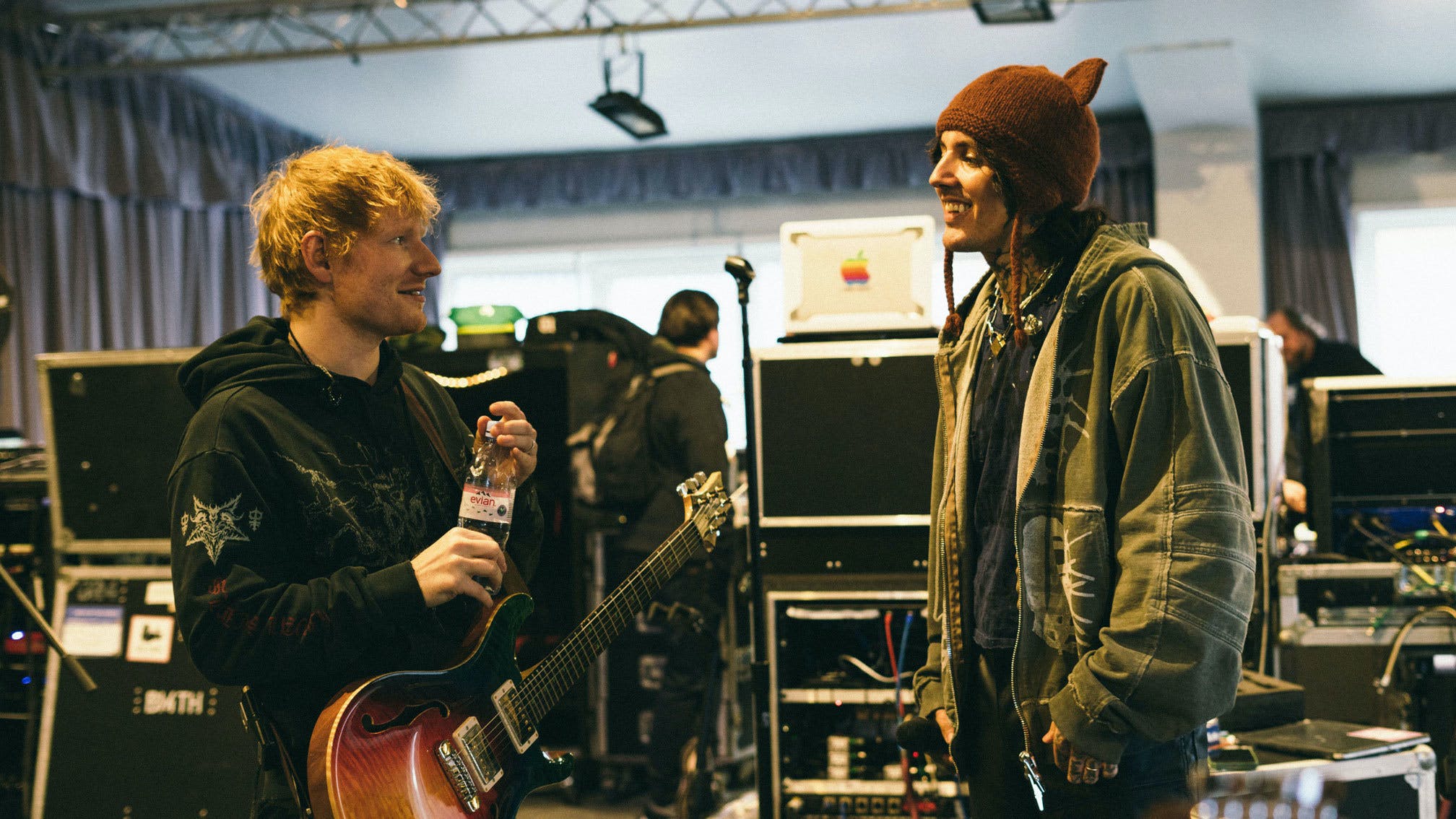 The heavied-up new version of Ed's single Bad Habits has also now officially hit streaming services, after BMTH frontman Oli Sykes FaceTimed the pop star and told him that, "There are so many people asking for a studio version."

“I really enjoyed the show last week and I think people will really like the new version," announces Ed. "Excited to get it out.”

“From receiving the email asking whether we’d like to open the BRITs with Ed Sheeran to us chatting and bouncing ideas to rehearsing and then performing and now releasing, this has needless to say been pretty mental," continues Oli. "But we are all about pushing the boundaries of our own and other genres, so this felt like the perfect challenge.”

Listen to Ed Sheeran – Bad Habits (featuring Bring Me The Horizon) below:

Last week, Ed also revealed that he plans to write an original song with BMTH, too, having been a longtime fan of the band (and a subscriber of yours truly back in the day).

"We're going to write a song together," he said. "Playing with Bring Me The Horizon was a dream. I got in touch with [Oli] and we were going to write together but then the pandemic happened, so we were in touch – I've been a fan for a long time.

"Oddly enough that's the kind of music I grew up listening to and had a Kerrang! subscription and I listened to it constantly."

Ed SheeranBring Me The Horizon