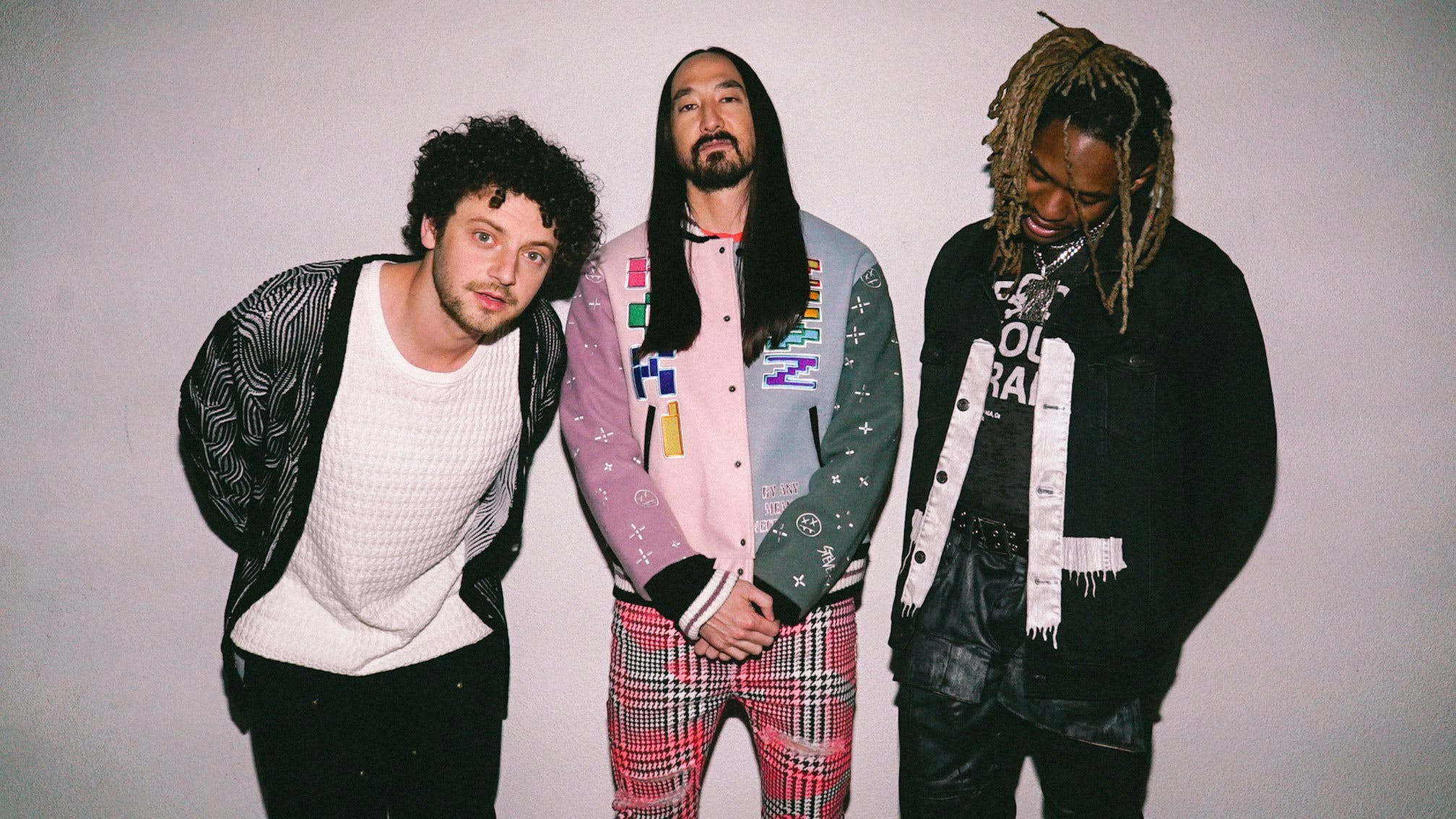 Steve Aoki, grandson and Jasiah have united for a huge new single, KULT.

The massive crossover track is the "first taste" from Steve's upcoming album, and "showcases some of the new and old sounds that have recently inspired me", explains the DJ.

"grandson and Jasiah have both been killing it recently, so I was excited to get them together on a track. The energy and lyrics capture a certain kind of feeling that will shake you to your core and possibly even persuade you to join the KULT."

"KULT is about what happens when the imaginary world becomes more attractive than the real world we inhabit," adds grandson. "It’s about the cognitive disassociation with reality in a dystopian hellscape, but set at a Steve Aoki concert.

"Working with Steve was an awesome experience, I’ve been going to his shows since I was a broke college student, and Jasiah and I have talked about making genre-bending music together for a long time so this was the perfect opportunity to get the gang together and throw down."

Watch the video for KULT below:

Read this: Generation X: Inside grandson’s fight for a new alternative

Listen to DE’WAYNE’s new upbeat alt.rock banger GOOD MOOD, featuring the one and only grandson…