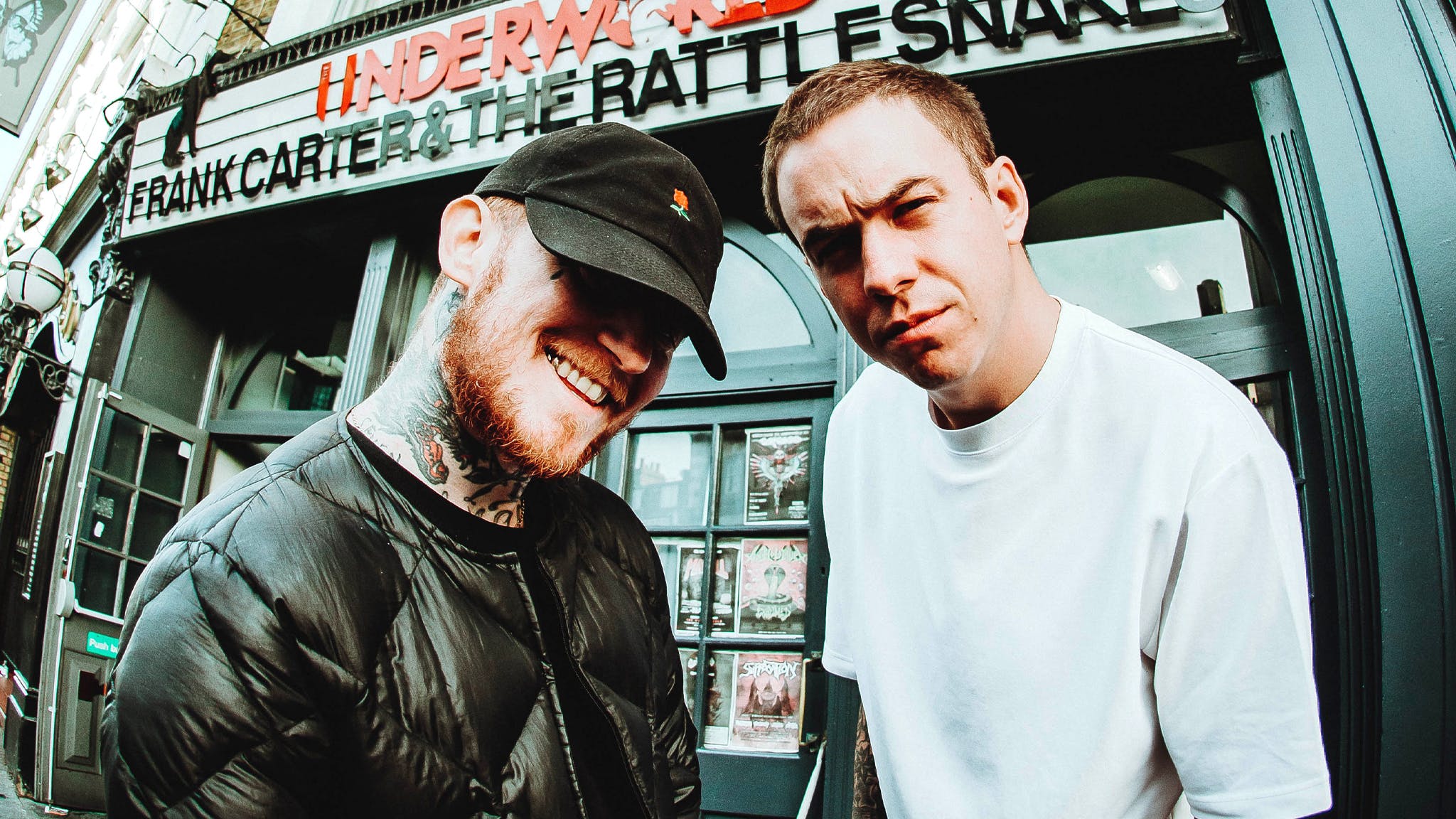 Following their recent collab with Jamie T and news this week of their three-night Camden Underworld residency, Frank Carter & The Rattlesnakes have unleashed a killer new single.

The frontman says that the infectious (literally) Parasite was “conceived on a particularly brutal trip to the seaside where both Dean and I were in a difficult time in our lives and feeling low. It rained for a week straight and I visited Beachy Head every day and I walked the beaches below the cliff and stared at the sea. I spent hours on the phone to various friends around the world and listened to their relationship problems but I had no words of comfort, no solutions to find. Instead, I just listened and I soaked it up. The collective witnessed horrors of the worldwide dating pool seemed to mirror experiences closer to home. On the last day of the trip at midnight I began writing and by 3am a new Parasite had been discovered.”

The Rattlesnakes will be headlining the Underworld from December 6 – 8, with Frank enthusing of the recently-announced intimate gigs: “The Underworld is a legendary London venue; I grew up going to shows there as a kid and saw some of my favourite bands play shows there that changed my life and shaped who I was as a performer. From playing there with Gallows in 2005, to playing Pure Love’s final show there in 2014 and then selling it out a year later with Rattlesnakes, it feels fitting to return to one of the greatest punk rock and metal venues not only in London, but the world to close out 2022 and round off a month of gigs with Rattlesnakes.”