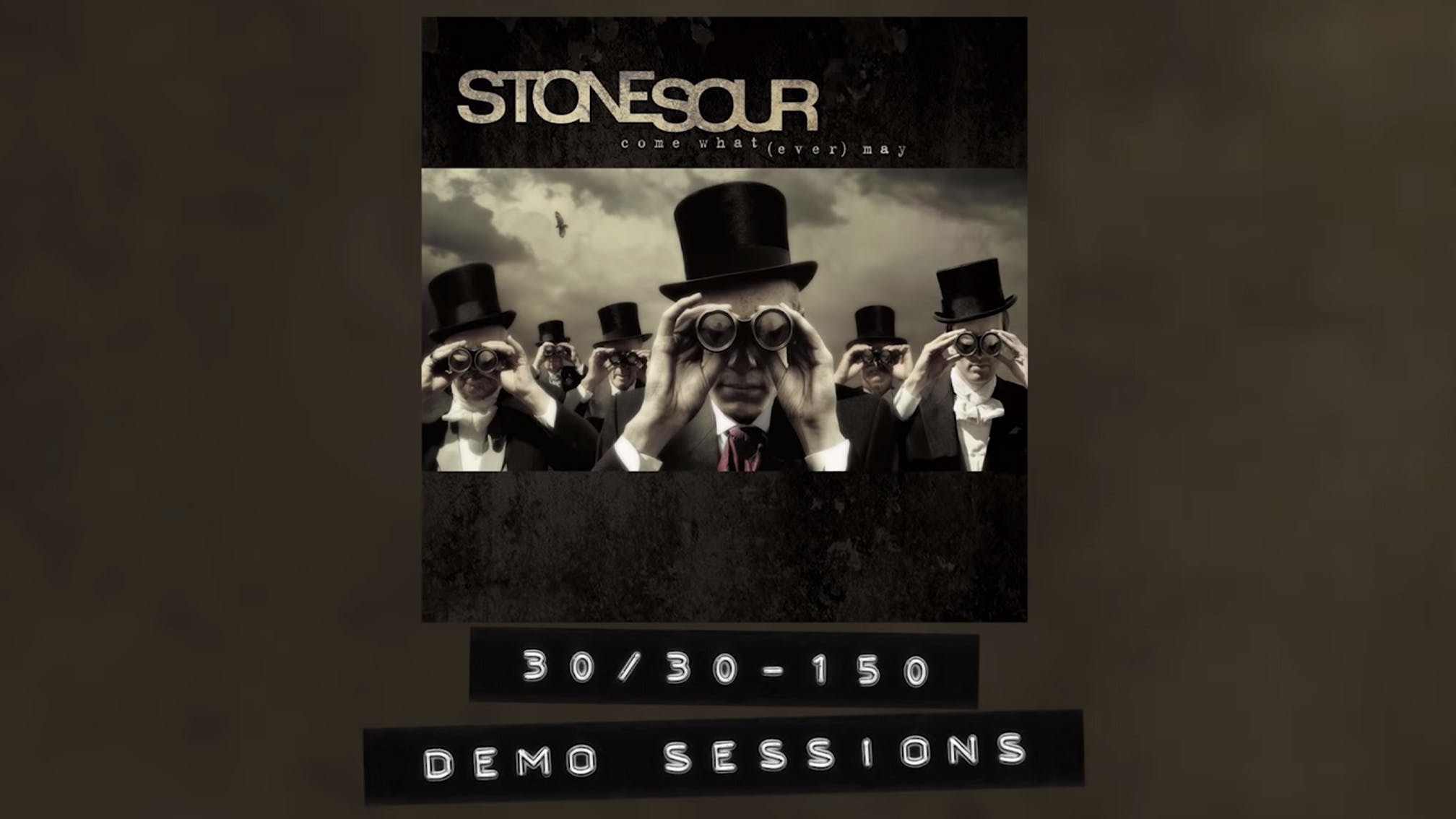 Following the release of the original demo for their debut single Get Inside, Stone Sour are continuing to give fans a peek into their early recordings by unveiling the demo for fan-favourite 30/30-150.

The track spectacularly opens up 2006 second album Come What(ever) May – the Iowa hard-rockers' best-selling release to date, certified Platinum in 2017. 30/30-150 was nominated for Best Metal Performance at the 49th GRAMMY Awards, though ultimately lost out to Slayer. Nevertheless, it's an absolute banger, and still just as hard-hitting in demo form as you'll hear below.

Speaking of the background behind this demo, guitarist Josh Rand says: "Late in 2004 after cutting some tracks at Catamount Studios with Joel [Ekman, former drummer] and Shawn [Economaki, former bassist], I decided to build a room in my house to record in. In the process of trying to learn the Pro Tools software, it led me to writing the music for 30/30-150.

Read this next: Eight things you didn't know about Stone Sour's Josh Rand

"The drums are programmed on this version using an Alesis SR-16 drum machine. After Corey [Taylor, frontman] came over and laid down his vocals for this song, I knew then that our second record was going to be a big leap forward for the band from the self-titled record."

Stone Sour's Josh Rand Is Working On A Side-Project

Guitarist Josh Rand has been holding auditions for his new project away from Stone Sour.