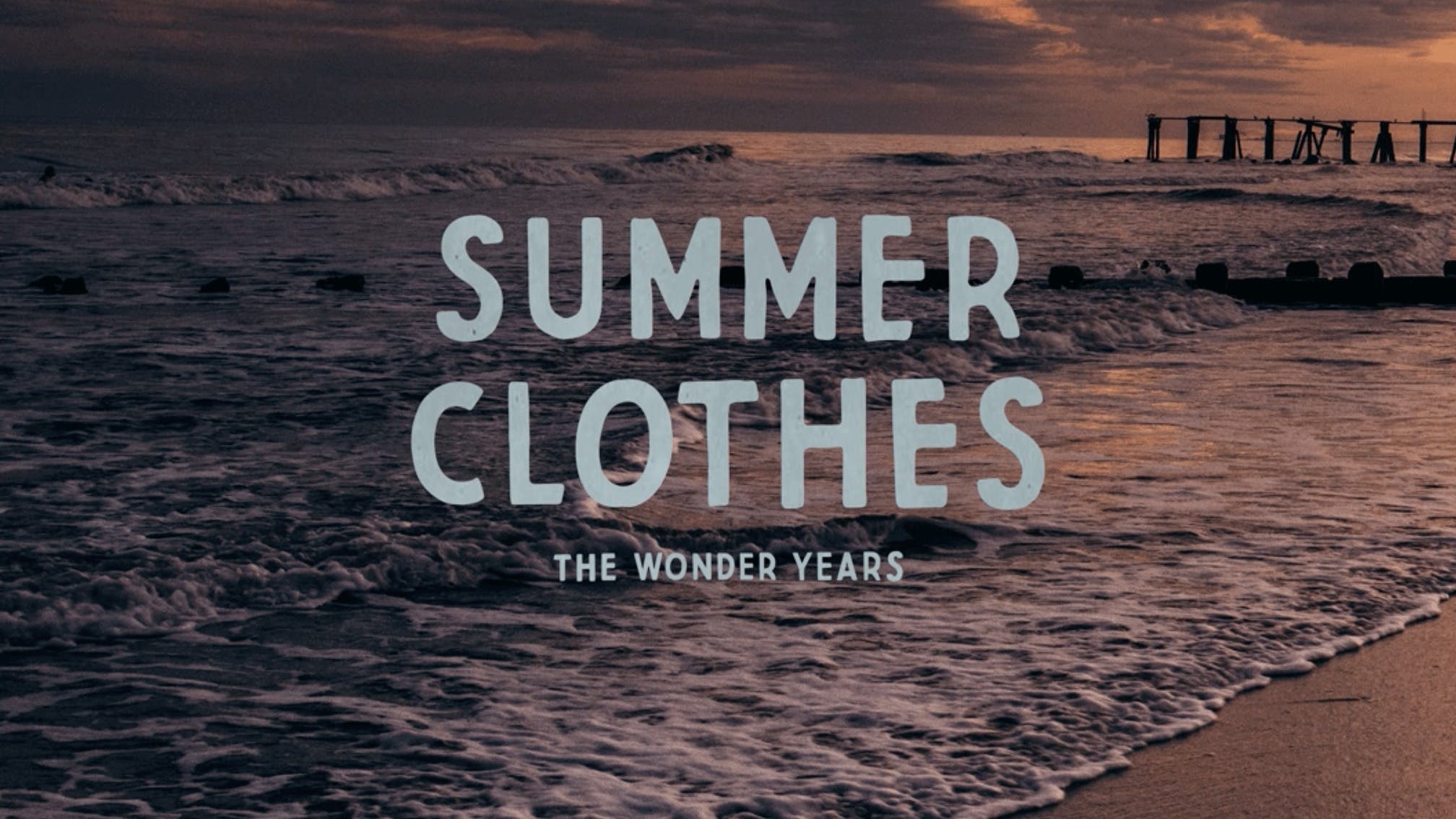 A month on from the release of Oldest Daughter, The Wonder Years have just shared a beautiful new single, Summer Clothes.

"It's a love letter to a time when your sadness was most conspicuous by its momentary absence, when the low hum quieted enough for you to realise it was nearly gone, when you did stupid, dangerous shit because, well, why not?" explains vocalist Dan Campbell.

Along with Oldest Daughter, Summer Clothes is taken from the band's highly-anticipated new album – the follow-up to 2018's Sister Cities – which is due out later this year.

Listen to The Wonder Years' new single below:

Catch The Wonder Years at the following UK dates: