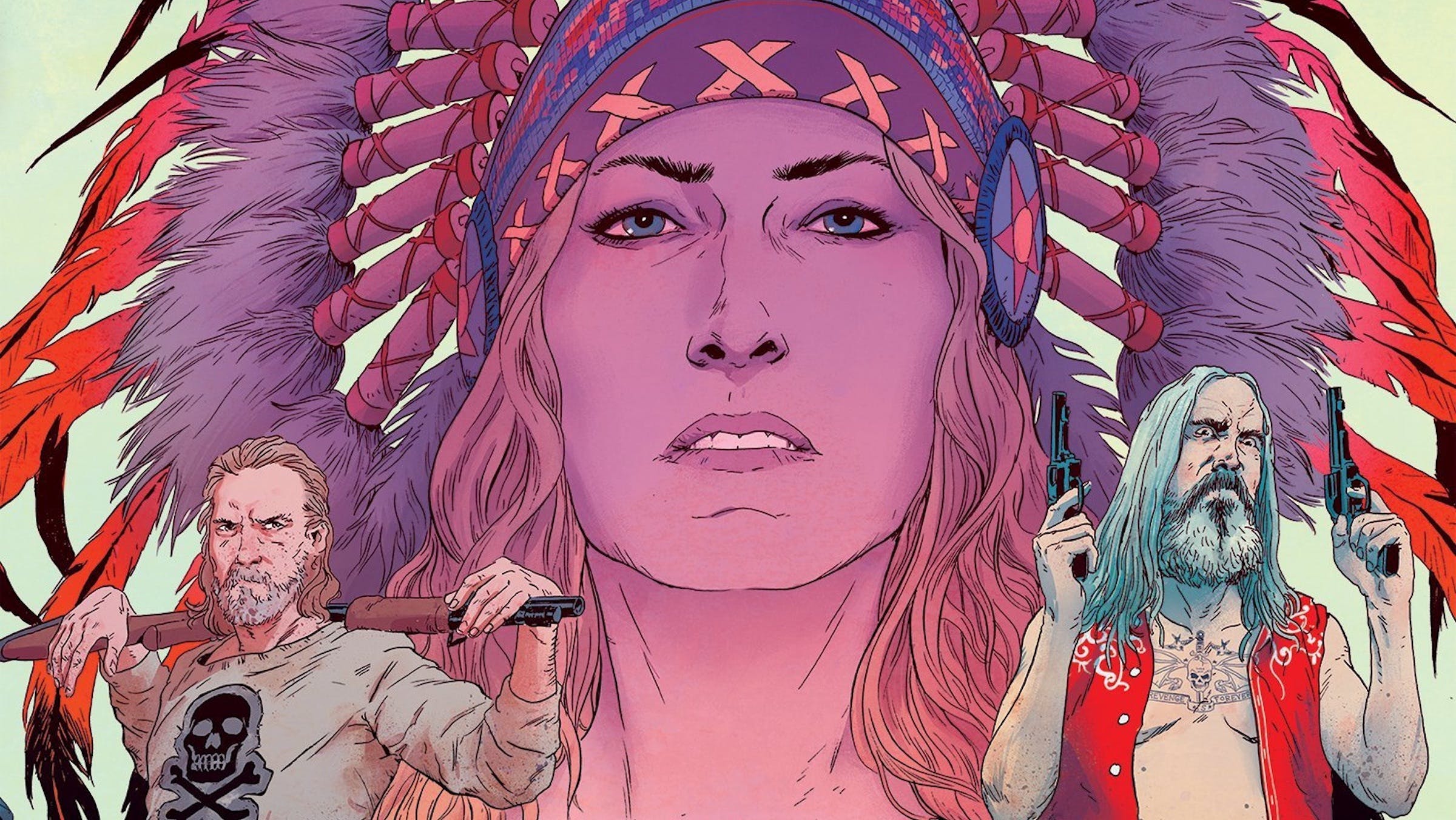 As we've noted in the past, the albums accompanying Rob Zombie's movies are some of the more fun horror movie soundtracks out there. Not only do they include eerie original music, but they also usually involve a lot of cool '70s rock, punk, and early metal. Now, vintage soundtrack company Waxworks have announced that they'll be releasing the soundtracks to Rob's Firefly Family trilogy on vinyl -- and they've released three cuts from the score of the highly-anticipated 3 From Hell.

The songs you can hear below are all atmospheric bits of the score, written and performed by longtime Zombie collaborator and metal producer extraordinaire Zeuss. They'll accompany scenes throughout the movie, along with tracks by Iron Butterfly, Suzi Quatro, Terry Reid, and more.

Even crazier are the tidbits about the movie revealed by Waxworks' deluxe packaging for 3 From Hell. For example, it looks like the three in question are Baby (Sheri Moon), Otis (Bill Mosley), and new character Winslow Coltrane (played by Richard Brake, famous for his portrayal of the Night King in Game Of Thrones). Meanwhile, Sid Haig's infamous Captain Spaulding only appears on the back of the record. What's going on, Rob?

Anyway: listen to three of Zeuss' tracks from the vinyl below:

And while you're at it, check out Waxworks' awesome cover art for Zombie's Firefly Family trilogy:

3 From Hell, which apparently features “many bizarre cameos,” has been rated R by the MPAA for “strong sadistic violence, language throughout, sexual content, graphic nudity, and drug use.”

Meanwhile, Rob Zombie will tour later this year with Marilyn Manson and Palaye Royale, so catch him live at one of the following dates: