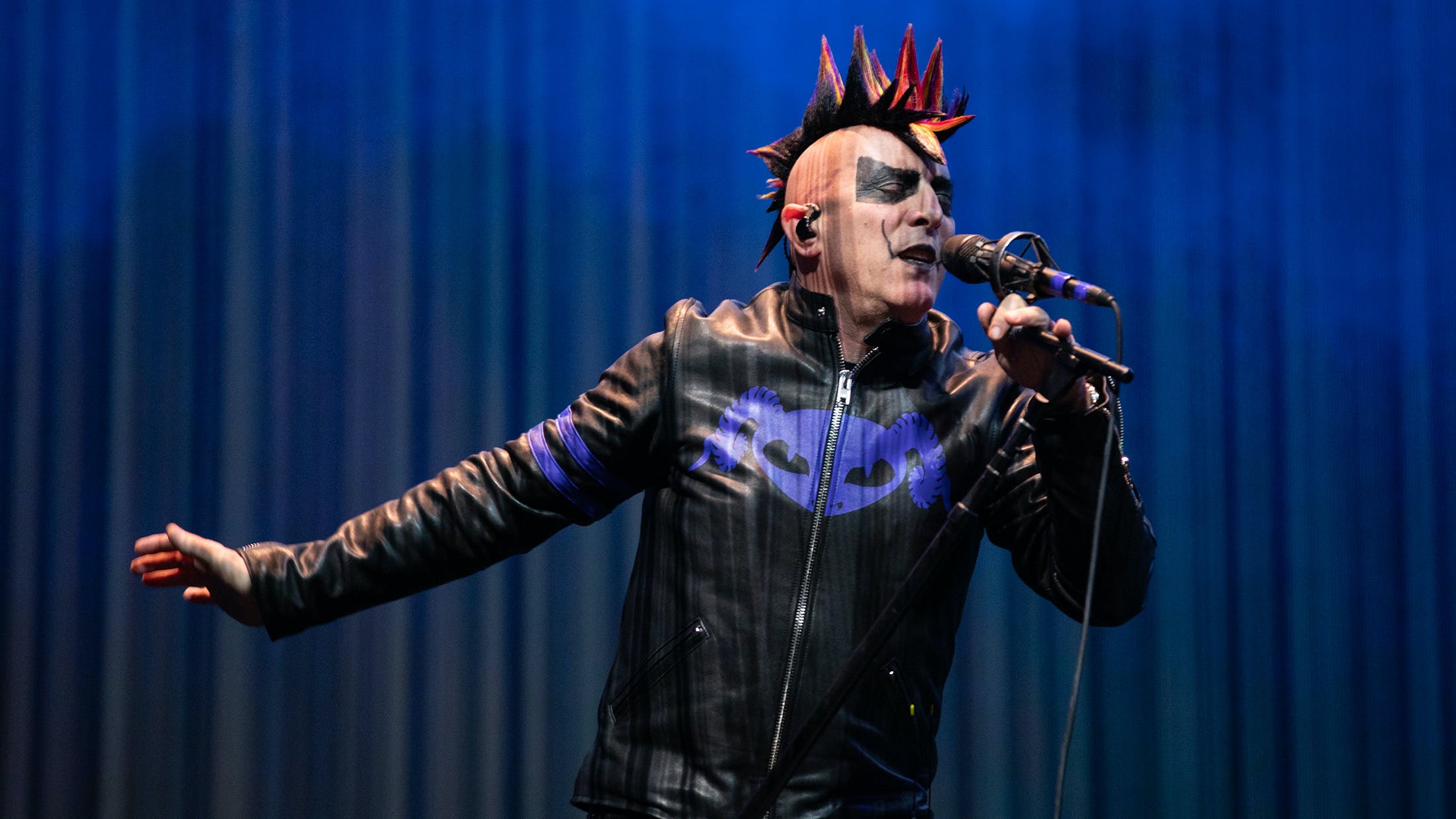 Over the years, Tool have built their reputation on eccentricity, precision and control. As spectacular as the Californian quartet can be ruling over a sprawling, chaotic festival space, there’s no substitute for their utterly uncompromising standalone show.

No distractions infiltrate Copenhagen’s cutting-edge Royal Arena this evening. The lingering late-spring sunlight and Saturday bustle of one of Europe’s great cities are shut out in favour of uniform darkness and the low hum of long-held anticipation. Hundreds of signs and officious stewards remind attendees that cellphone recordings are not permitted. We receive no thanks for filling-out this 16,000-capacity space in the difficult post-pandemic era, nor really any acknowledgement of the arduous last two-and-a-bit years.

Instead, art is allowed to speak without interruption, with everything from sound to visuals to the practised emotional distance of the players themselves cutting to the brilliance at their awkward, abstract heart.

Swipe through for more photos.

Brass Against begin proceedings with a fistful of steel. Chatter suggests most ticket-holders here have heard of the New Yorkers only for their past piss-taking proclivities, but they win thousands of new fans across an all-action set. Rolling in with cacophonous covers of Audioslave’s Cochise and Rage Against The Machine’s Bulls On Parade boldly boosted by their sizeable brass section, it’s impossible not to be bowled over. Vocalist Sophia Urista is a furious, provocative focal point who grows in stature not just with each new show, but each passing song. Where it would be criminal for most supports to offer a cover of one of the headliners’ biggest hits, too, they get away with a couple: trumpeting (as well as saxophoning, tuba-ing, and tromboning) out gleefully odd versions of Stinkfist and Forty Six & 2.

The dissonance of their energetic, unruly performance is a calibrated part of Tool’s big night out, of course. And while their focus on the works of a handful of interlinked LA musicians (as well as the bold brilliance of sole original composition Umbra) leaves a lasting impact, it begs the question of whether Brass Against could reach greater heights with broadened horizons, but it's one that'll be answered another time and on their own terms.

Swipe through for more photos.

Critics have often mused on Tool’s separation from their audience, but the headliners begin behind a literal veil tonight. Towering video screens flank and back their performance, obviously, with the trademark seven-pointed star hanging above, but we have a sort-of translucent curtain of LEDs in front, too. From the moment a booming Fear Inoculum sees the setup move kaleidoscopically into motion, there’s something of The Wizard Of Oz about hearing these gargantuan sounds and seeing their mind-bending visualisations rendered in three dimensions, while the bodies pulling the strings are reduced to diminutive silhouettes within a much bigger picture.

The legendary Adam Jones, Danny Carey and Justin Chancellor could as easily be cutting loose in a practice space as sending thousands of fans into delirium. Frontman Maynard James Keenan, meanwhile, alternates between risers to the left and right of the drums, hiding from the spotlight, and only addresses the audience once before the end of the set, teasing that the crowd aren’t going wild enough: "Copenhagen… work on it!"

Crucially, Tool’s songs are Great And Powerful enough to merit such presentation. Opiate sprawls with grungy free rein. The Pot is a thrilling contradiction, both impishly playful and impossibly epic. The eerie monochrome figures dancing across the screens only feed into Pushit’s pulsating unease. 12-minute 2019 epic Pneuma is enough to make this gaping space feel momentarily intimate.

One could complain about the tracks not featured. That we only get one song – The Grudge – from 2001 masterpiece Lateralus would’ve seemed ludicrous a few years ago. That the six from new album Fear Inoculum don’t include acknowledged highlight 7empest is also a deeply controversial decision. No Ænema. No Undertow. No Vicarious. To get hung up on such points rather than surrendering to the dizzying drum fills and skull-splitting animation of Right In Two, or the squawking mania of Hooker With A Penis would be to completely miss the point, though, and even the pickiest fans are levelled by the magnificent, elongated rendition of Descending performed in front of the awesome ‘black pyramid’ production: a concert moment for the ages, and striking proof that darkness, when deployed properly, can be every bit as powerful as dazzle.

Characteristically dismissive of concert convention, the encore break is accompanied by a generous 12-minute countdown to help us properly time trips to the toilet and bar. Chocolate Chip Trip is essentially an extended Danny drum solo, while Culling Voices sees the whole band huddled with acoustic guitars at the front of the stage as glitter rains from the rafters in their twisted take on an acoustic interlude. Then Invincible drops curtain properly with its twisty tale of warriors ‘Long in tooth and soul / Longing for another win...’

Before that grand finale, though, Maynard offers an apology to any punters who might’ve thought this tour’s all-seated format meant they shouldn’t raise their voices and get to their feet. It’s unnecessary. We would’ve been awe-struck anyway.