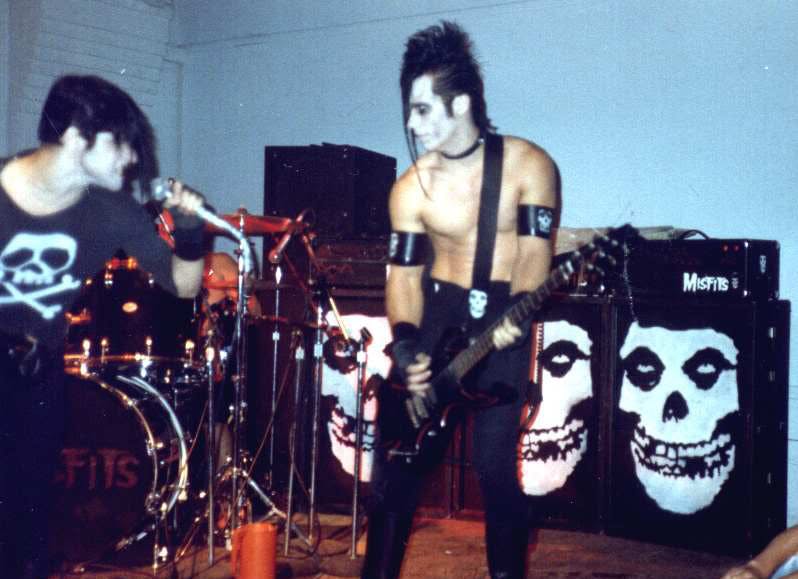 Once the Misfits had finished their two reunion performances for September 2016’s Riot Fests in Chicago and Denver – shows that saw the founding trio of Glenn Danzig, Jerry Only and Doyle Wolfgang von Frankenstein share a stage for the first time in 33 years (with Dave Lombardo on drums) – attention turned, almost immediately, to doing it all again.

Only was quick to express his enthusiasm for the three playing again, telling Rolling Stone: “I want it to continue. I know Glenn wants it to continue. We just have to be big enough people to make it continue.”

Danzig would, some months later, suggest that there was potential for more shows. “Everyone seemed to have a great time,” he said, adding of the Riot Fest shows: “I think it exceeded expectations.”

Now, it looks like the trio has found time and space to become those people that they wanted to be. The Hollywood Palladium has posted the below on its Instagram page – which certainly suggests a Misfits show at said Los Angeles venue, for December 30.

That logo’s unmistable, certainly. So, a year-ending blowout in the company of music’s most infamous horror-punks? Sounds like a blast waiting to happen. While you’re keeping your fingers crossed, watch the video for Dig Up Her Bones. Twenty-four million views can’t be wrong! (Although, no, that's not the line-up that we're talking about now. Look, the band's been through some changes, k.)

And if that’s not enough for you, listen to the Misfits’ debut album, Walk Among Us, which came out back in 1982. (A great year for horror, that, with Poltergeist, Creepshow and The Thing in cinemas.)