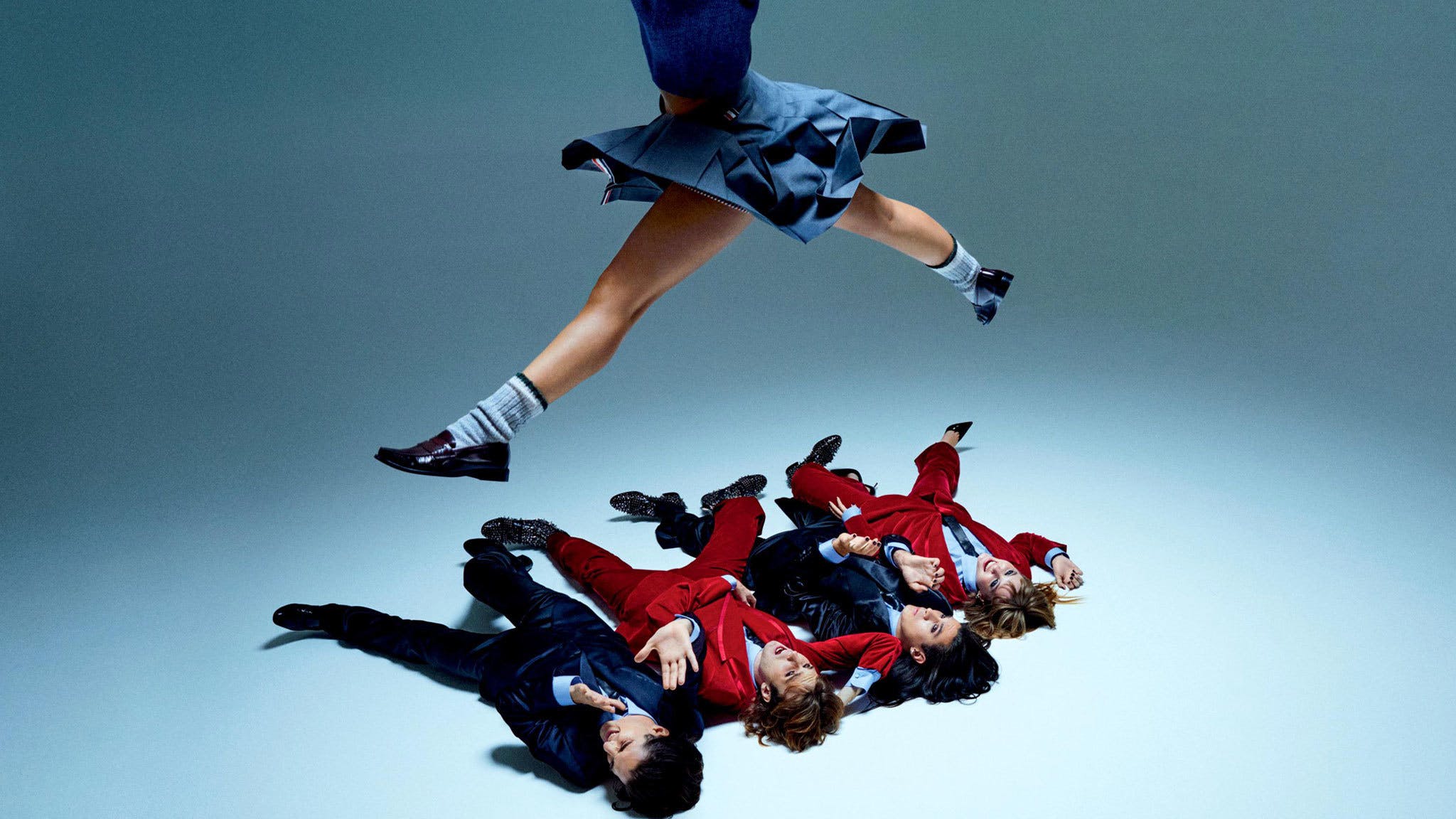 Seemingly out of nowhere, Måneskin have just announced their brand-new album, RUSH!.

The follow-up to 2021’s Teatro d’ira: Vol. 2 is due out on January 20, 2023, with the band also sharing the album artwork – which shows someone in a very short skirt jumping over the four members lying down underneath (each of them have very different reactions to what’s happening above…).

In a Kerrang! interview a couple of months back, Måneskin told us that they’d recorded “probably 50” songs for their next record, having been working on it in Los Angeles with Swedish producer Max Martin, among others.

The quartet are currently out on the road on their Loud Kids tour, which continues tonight at Seattle’s Paramount Theatre; the U.S. leg wraps up in Las Vegas on December 16.

Next year the band will restart the tour in Europe at Italy’s Vitrifrigo Arena on February 23, with a stop-off at London’s The O2 on May 8. The tour will finish in Estonia later that month. Of course, RUSH! will be out in the world by then, so here’s hoping we get lots of new music on the setlist…

Read this: Måneskin: “We worked our asses off to get here, but we also know this isn’t something that happens every day”