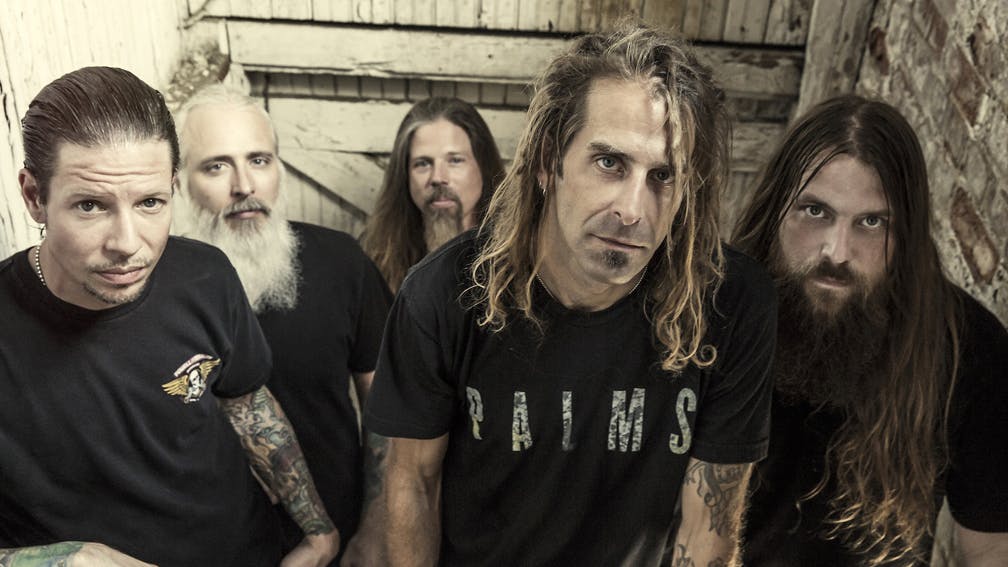 Given how busy the various members of Lamb Of God are on other projects -- drummer Mark Morton has his upcoming debut solo album, drummer Chris Adler just started a talent management agency, and vocalist Randy Blythe has a new band in the works -- one would imagine that the guys' flagship band is taking a little bit of a hiatus in 2019. But according to Mark Morton, that's not the case.

In a recent interview with Full Metal Jackie, the guitarist said that not only was the band working on new material, but that they intend to make 2019 a big year for Lamb Of God.

“We are currently working on new material that I’m thrilled about. I just had some sessions with Willie [Adler, guitars], putting together new songs. There’s a really cool energy going on with the new stuff. So Lamb Of God is full throttle.

"We’ve got shows coming together," continues Mark. "I think we’ve already announced some of them for this year...And lots of new material coming together. So, yeah, they’ll be no shortage of Lamb Of God this year, for sure."

You can listen to the full episode here:

Morton is on a roll of late, with his solo album featuring guest vocalists like Chester Bennington, Jacoby Shaddix, and of course Randy Blythe due out March 1st. Check out our interview with him about working with Chester below:

And be sure to catch him on one of his solo tour dates: