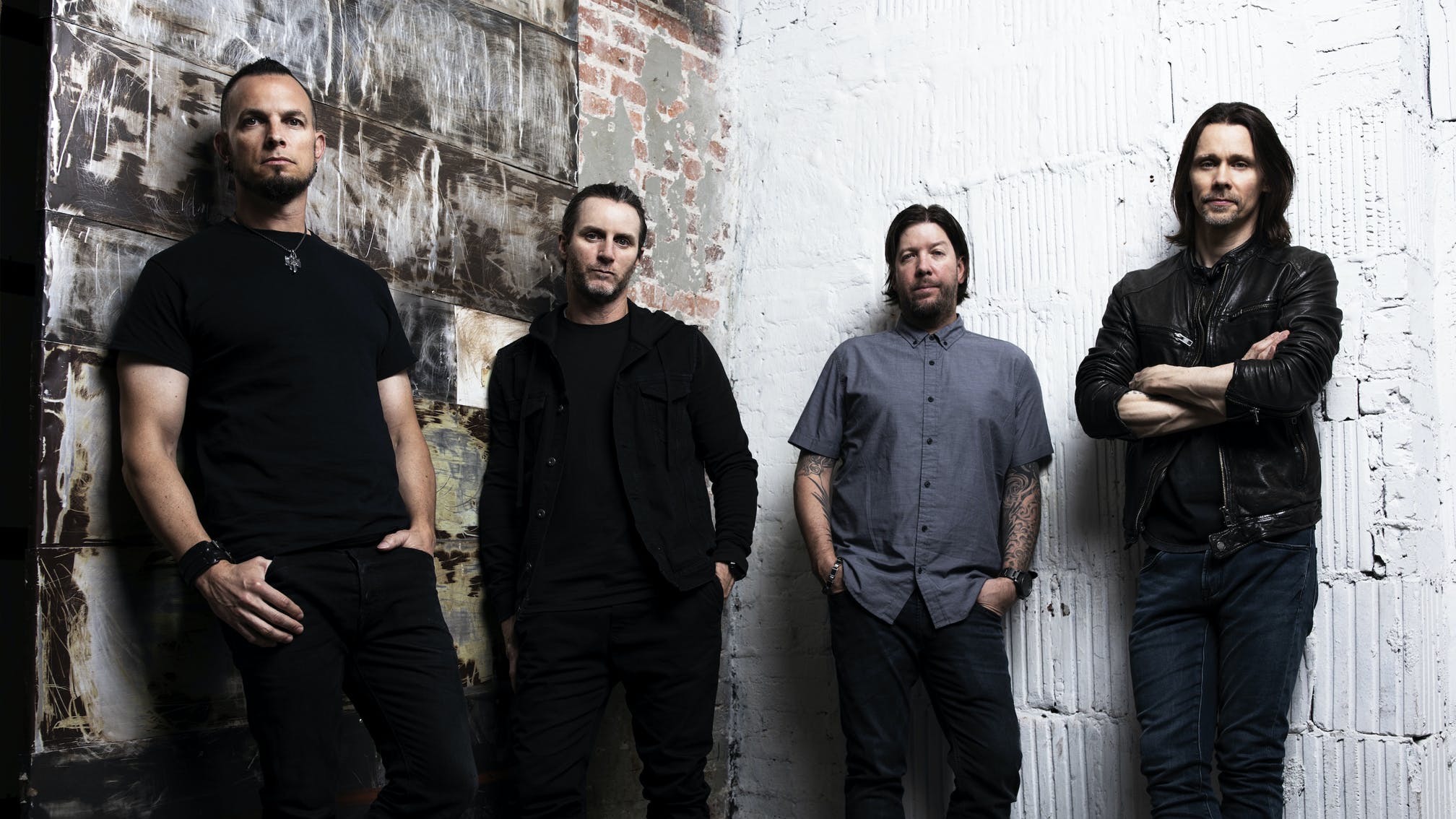 Last week, Florida hard-rock heroes Alter Bridge announced the release of their forthcoming sixth album Walk The Sky, due out on October 18 via Napalm Records. Now, in the brand-new issue of Kerrang!, guitarist Mark Tremonti has taken us inside the highly-anticipated record and its "retro vibe".

“It's kinda like a [revered horror maestro] John Carpenter movie – this old school synth-wave kind of vibe," Mark explains. "Somebody might hear the record and have no idea that was intended, but for a batch of songs I tapped into some old loops that I either created or found randomly online, and worked with them in the background to inspire me to go in a different direction. I loved working like that! Like I said, we challenge ourselves to not repeat ourselves and find new inspiration to add a different layer to what we do. It’s particularly challenging when you’ve had so many records, but when I showed Myles what I was thinking he absolutely loved it and was on board right away.”

In regard to the rest of Alter Bridge's discography, Mark says that frontman Myles Kennedy called it "the answer to" 2010 album AB III. Oooooh…

“It’s hard to completely get away from who we are – the same four guys in the band – but everyone who’s heard the record says it has its own personality and doesn’t sound like any particular Alter Bridge record," reveals Mark. "But that being said, it’s familiar Alter Bridge territory, and Myles has said it’s kind of the answer to AB III. That was a very brooding and dark lyrical record, whereas this one is the yang to the yin of that. AB III was kind of about a loss of faith and not believing, Myles was having a dark moment in that time and he wrote the majority of the lyrics. This is more of an enlightening, Zen kind of record – it’s not a preachy record by any means, it’s more of a free-spirited kind of thing.”

Expanding on specific songs and the material on the album that pushes the boundaries of what an Alter Bridge track can be, Mark elaborates: “Godspeed is probably my favourite track, and that one, more than any other when I play it for other people, they say, ‘That’s your song? I wouldn’t have guessed it.’ Right off the bat it sounds like a different band for a moment, and that’s exciting to me. That’s what I was trying to do – that’s what I was chasing.”

Pick up the new issue of Kerrang! for our huge chat with Mark.

Catch Alter Bridge in the UK and Europe later this year.

"We are honoured to be returning to the UK with our friends in Shinedown and Sevendust this winter," says Mark. "See you all very soon, we couldn’t be happier with the line-up and can’t wait to share our new tunes with you!”

See Alter Bridge in Europe with Shinedown and The Raven Age: