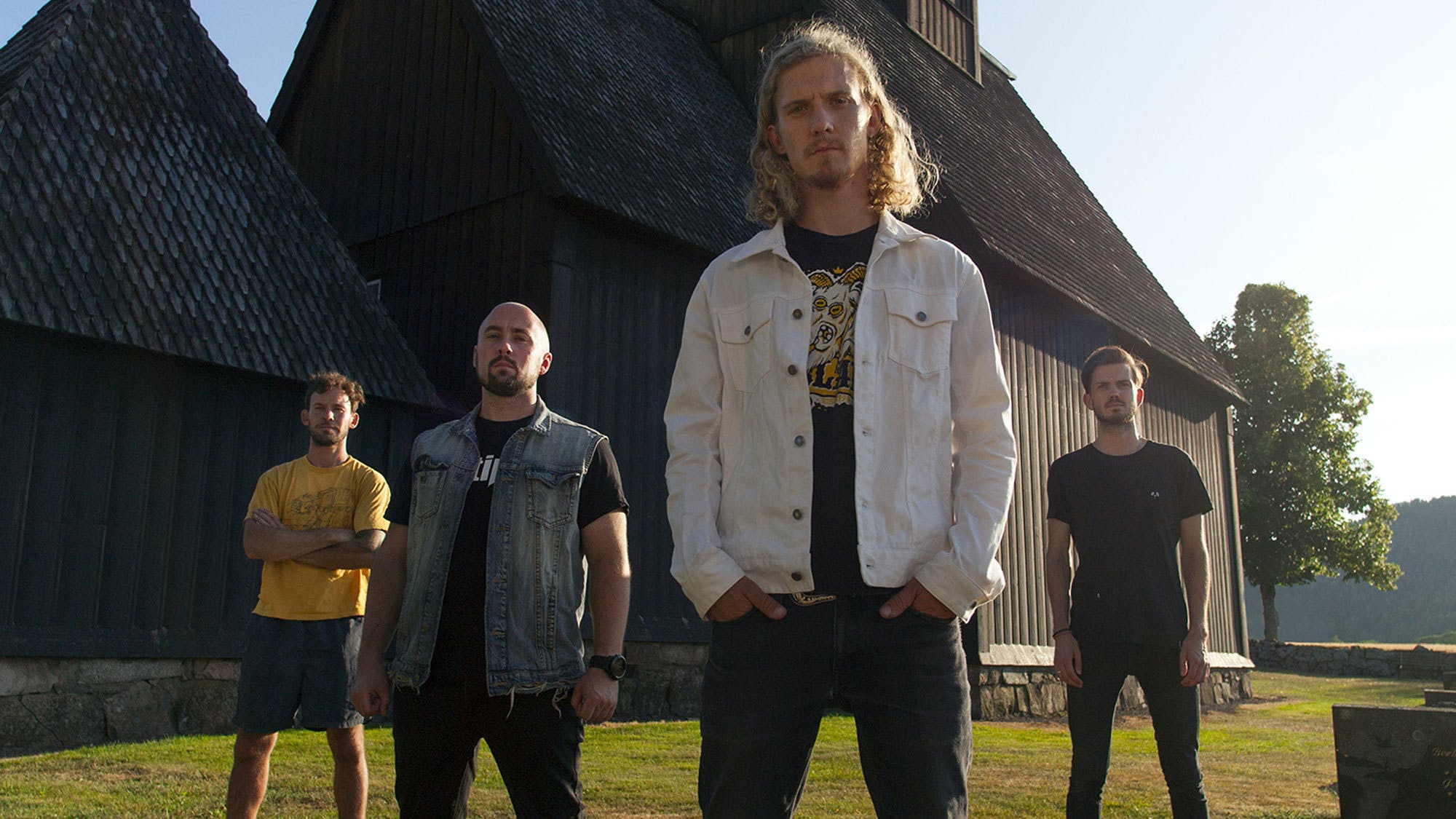 "We have played in many different bands through the years, both separate and together, but never with all three brothers together," Kjetil tells Kerrang!. "It started just for fun, but it eventually turned serious."

With the announcement, Tempel have also released their debut single Wolves, which you can listen to below.

"The song Wolves is written from the point of view of an unmarried woman who was living as part of a pack until it becomes clear that she is with child," explains Kjetil. "She is then accused of witchcraft and convicted to burn at the stake. As the fire is about to end her misery, she realises that the men that judged her, together with all the others that were too afraid stand up against them, are doomed to live as slaves in a corrupt society approved by their silence."

We had a quick chat with Kjetil about Tempel, its comparison to Kvelertak and his plans for the future.

How do you think Tempel differs from Kvelertak?
"Tempel mixes a wider range of genres and sounds. We are softer yet harder. And maybe a bit more progressive at times."

What do you get out of Tempel that you don’t get from Kvelertak?
"Really soft parts, for example in [the song] Farewell you get two- and three-part harmony singing. You also get thrash metal and even some doom from Tempel, which I believe you won't find in Kvelertak. Also, the lyrics are in English."

Musically it’s similar to the earlier Kvelertak material, do you prefer harder/heavier music? "We listen to every kind of good music – soft or hard. It's very inspiring to mix completely different things. The truth is that we usually work with the riffs that we like the most, and make them fit together."

Did you consider doing something completely different like a pop or jazz album? "Nothing is impossible. We are inspired by everything from old Norwegian folk music to Guns N' Roses, and we're eager to explore new paths and directions Tempel could take."

What are the plans for Tempel in 2019? "Play a lot of concerts and get new songs ready for tracking."